Truck Festival has announced an additional 31 acts to this year’s line up, including Hinds and Deaf Havana.

Spain’s garage rockers Hinds will be heading to the Oxfordshire fields, along with London’s alt-rockers Deaf Havana. Idris Elba will be taking a break from Star Trek to take over the Market Stage on the Sunday night, and end the festivals’s 20th birthday celebrations in style.

Pulled Apart By Horses are making a return to the festival, and will be joined by The Moonlandingz and Jamie Lenman to take over The Nest.

The first wave of SWITCH artists who will take over The Market Stage have also been announced and include TQD, SaSaSaS, Elijah & Skilliam, Swindle, Champsion & MC Serious and Switch Residents.

Full line up to date: 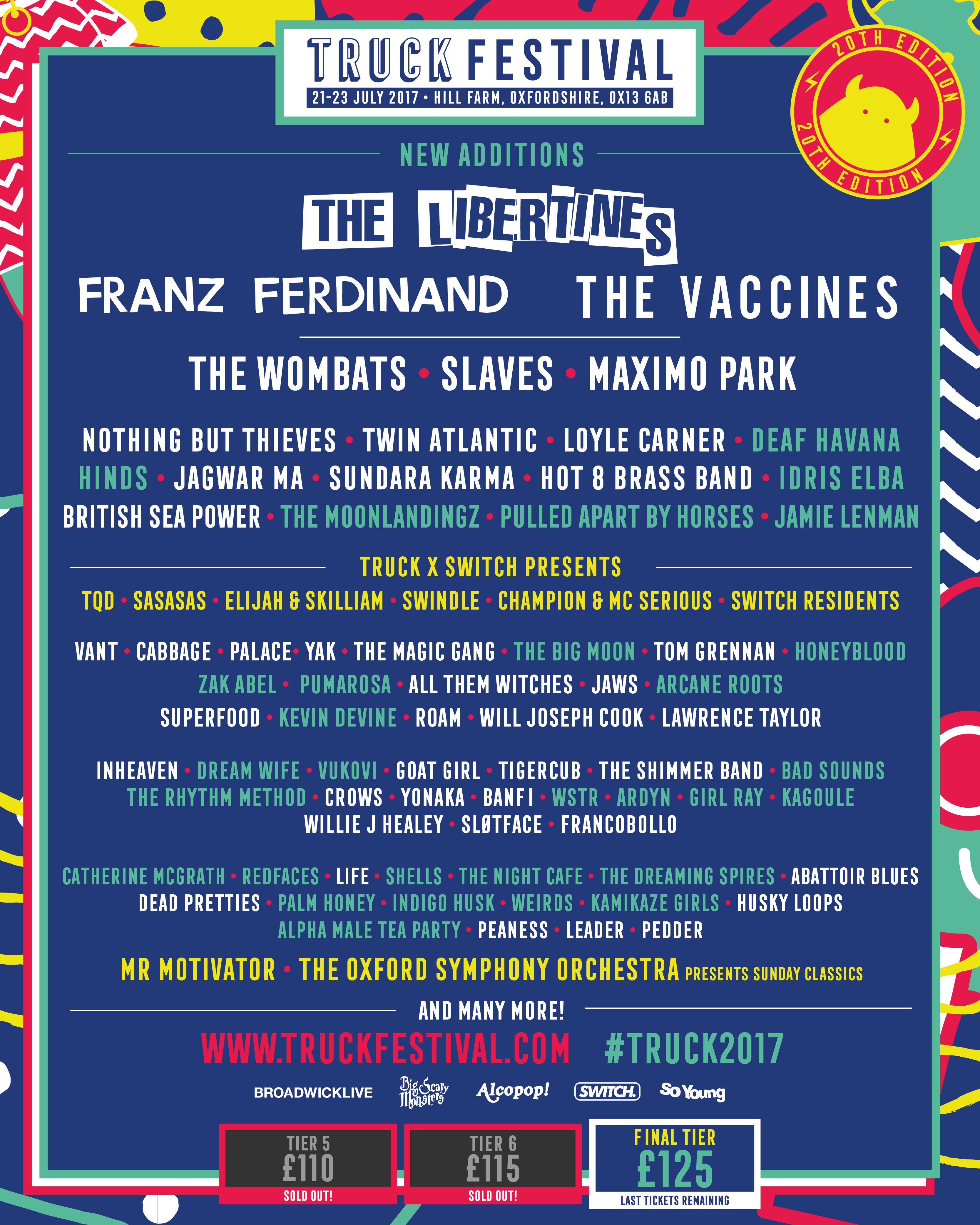 Truck Festival takes place in Steventon, Oxfordshire between July 21 & 23. It has been running since 1998, so 2017 sees the festival in its 20th year. The past 20 years have seen the likes of Biffy Clyro, Foals and The XX grace the fields of Steventon and one of the biggest smallest UK festivals.

Happy Mondays, Frank Turner and many more added to Y Not Festival 2017 line up