V Festival celebrated its 21st birthday this weekend, and we spent Sunday in Hylands Park singing along to the likes of Travis, Jake Bugg, Tom Odell, Little Mix and Rihanna.

V has been criticised before for its overtly commercial nature and the (not-so-live) live performances of its headliners (hard to defend when Justin Beiber confesses to being hungover mid-performance whilst miming), but we had a blast alongside 175,000 festival-goers soaking up the sun, and dancing in the rain to some of the biggest names in popular music right now.

We’ve complied a handy list of highlights to let you know what you missed:

Watching the vocalist skip across the main stage in his flamboyant outfit singing crowd-pleasing singles ‘Desire’ and ‘King’ was a genuine pleasure. He was clearly enjoying the performance, grinning all the way though and sipping his pina colada in between songs. 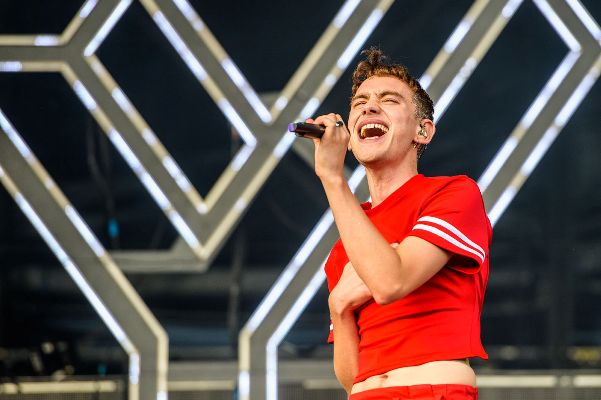 2. V veteran Example is an authority on “real gigs”…

Example pulls a huge crowd at his V performances and there’s no denying the crowd love him, but we weren’t too impressed with his comment about headliner Rihanna.

He felt the need to tell us that “Rihanna’s a superstar, but this is a gig”. Cheers for the heads up there, mate. Genuinely had no idea what a gig was until yesterday afternoon.

Glaswegian soft-rockers Travis have  have eight studio albums under their belts, but frontman Fran Healy joked that the youthful crowd were probably thinking “who the fuck is this grey-bearded guy?”. To break down the age boundary he made his way in to the crowd to greet festival-goers, before asking a young man named Danny if he could sit on his shoulders to sing the next track, ‘Where You Stand’.

He may have made a shady joke about the damage Rihanna’s thighs would do to Danny if he tried replicate the situation later, but we’ll let it slide because a) he was a charmer and b) his voice is still as strong as ever. 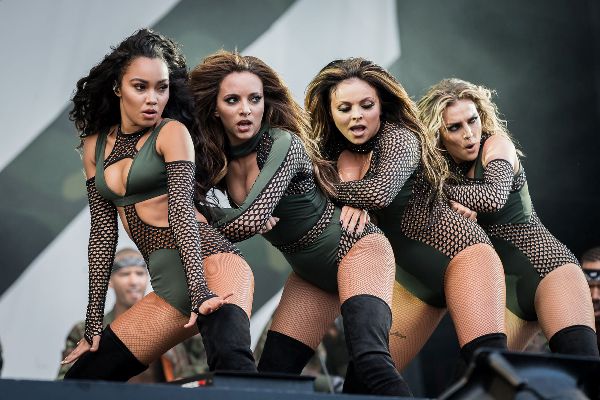 Clad in military-inspired sequined bodysuits the girls whipped through chart-topping singles ‘Black Magic’ and ‘Wings’, before covering Willow Smith’s ‘Whip My Hair’ and Drake’s ‘Hotline Bling’ with the help of Lethal Bizzle.

It was Jade Thirlwall’s dedication of ‘Secret Love Song’ to the gay community however, that may have caused a few tears to spill from our gin-filled eyes.

5. Jake Bugg’s new tunes need to be heard live to be properly appreciated.

The Nottingham songwriter received some scathing reviews about the range of tracks on his latest album On My One, but hearing them live on Sunday would’ve silenced any critics.

Although he didn’t play the title track, Bugg made fine work of ‘Bitter Salt’, ‘Gimme The Love’ and ‘The Love We’re Hoping For’. The crowd sang along in the rain to old favourites ‘Two Fingers’, ‘Seen It All’ and ‘Lighning Bolt’ too.

6. Don’t stand near the Dance Arena if you don’t like dance music.

Pretty obvious really, but it was a monotonous, ear-numbing lesson that we learned the hard way. 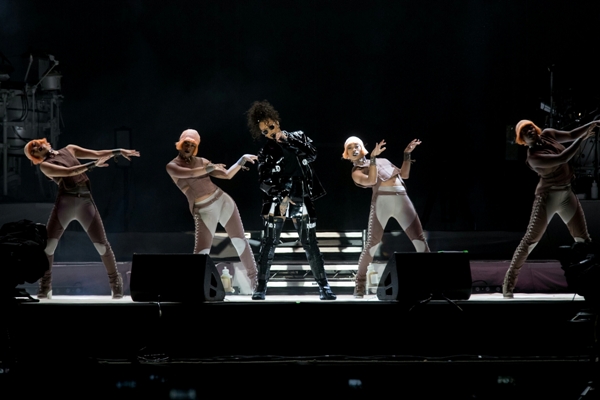 7. Rihanna is the only person who can pull off sunglasses post-sunset and still look like a QUEEN.

When Rihanna emerged thirty minutes late in sunglasses and a sensational patent black mackintosh; any grudges about time-keeping were washed away with the rain. She opened with a stylish rendition of ‘Stay’, and executed her 20-hit set with enviable precision and power.

She has eight albums worth of material to choose from, and chart-topping singles ‘Umbrella’, ‘Rude Boy’ and ‘Diamonds’ made the cut as well as the majority of her collaborations; ‘Love The Way You Lie’, ‘Live Your Life’, ‘All Of The Lights’, ‘Run This Town’ & ‘FourFiveSeconds’.

Recent favourites included the formidable ‘BBHMM’, Anti tracks ‘Consideration’, ‘Work’, and her sensational cover of Tame Impala’s ‘Same Ol’ Mistakes’. Her vocals were superb (even if she did rely on backing tracks for some of the set), and the Barbadian singer thanked her UK fans for their loyalty and kindness before closing the festival with the sultry ‘Kiss It Better’.

This Feeling Track of the Day : Ethan and The Reformation ‘Hollandia’