Looking back, it wasn’t such a bad decade. We were all very positive about life back then, positive about the state of things, like the nation and how we fitted into it, and how, with a modicum of elbow grease we might find a firmer footing. ‘We might yet be happy’, we all gurgled through a beery haze. The ’80s were over. Things were finally looking up. Weren’t they?

The 1990s. It was instead a perilous time. It was the age of Blair and Martin Amis novels, of Clarkson and the art of Jack Vettriano, of celebrity chefs, of last-gasp rock’n’roll, of music industry egos beginning to teeter on the edge of today’s cultural abyss.

Still, despite all that, it was a decade that had a lot going for it when it came to music. Amid all the swagger that emanated from places like the Burnage-Little Venice-Woking Triangle, a different kind of sound was very much in evidence thanks to a band of responsive radio folk – with, of course, John Peel standing by in the wings as moral sentinel.

Take Steve Lamacq – a long-time champion of alternative music – who today has curated ‘Lost Alternatives’, a new 71-song, four-disc box set that digs a little deeper into the alternative music of the ’90s. Lamacq knows how the decade began: with vim and vigour, and with songs being written as if the act of songwriting itself was soon to be banned. Back then, crafting a song was still a seditious act. A song possessed real power. It could change the way a person thought and, in doing so, alter the way a person approached life and the world at large.

Knowing this, A&R people hunted for the next big thing. Business was healthy, or healthy enough. The blight of streaming wasn’t even a rumour when the songs in this retrospective collection were recorded; they’re songs that capture the breadth of alternative music and the changes it went through, alongside the evolution of guitar music in the ’90s. British popular music went further than expected via a surge of disparate influences that eventually arrived at what the mainstream press dubbed Britpop.

Each of the four discs in this collection takes in the forgotten alternatives and lesser-known songs by bands including Happy Mondays, Flowered Up, Teenage Fanclub, Cornershop, Suede, Catatonia, Ash, Northside, The Auteurs, 60 Ft Dolls, Ultrasound and Mogwai.

From listening to this appealing collection, you realise that the unearthing of such a trove needn’t be a one-off. Music is out there waiting to be found, languishing in vaults or else forgotten by most, if not all. So, were it not for the likes of the admirable Lamacq who has done the heavy lifting of a musicologist, we’d all be drowning in the Radio 2 playlist – which is a fate worse than Brexit. Almost.

‘Lost Alternatives’ is released via Demon Music Group on 22 March. 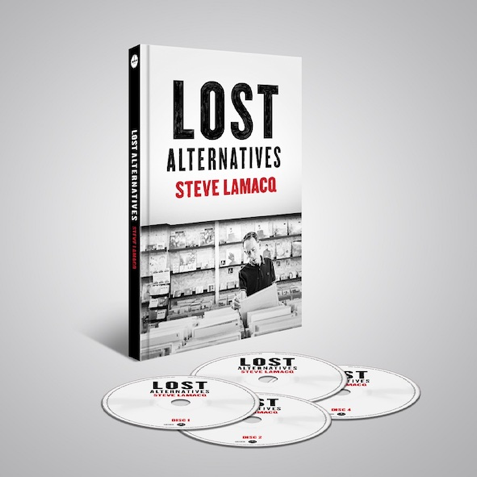 This Feeling Track of the Day : The Rosadocs ‘Oak Tree’