Catfish and The Bottlemen are back with their third album, ‘The Balance.’ 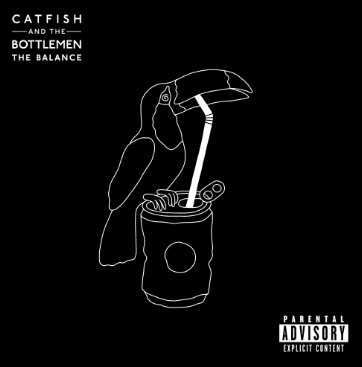 Catfish and The Bottlemen’s second album, ‘The Ride’ did see the band start to expand on their sound and song composition but it seems on this album they’ve stuck to playing it safe, creating a record that they know will go down well with fans, (although, with such a supportive fan base they could rerecord the Teletubbies soundtrack and it would still be a hit at live shows).

The band has found a style that works for them and is sticking with it, selling out shows across the UK and headlining so many festivals, including All Points East last year. However, from an outsider’s perspective, it would have been nice to see a bit of variety between songs.

So far, four songs have been released, and it’s within these four songs we see some diversity in the album. Longshot and Fluctuate have already proved to be fan favourites, starting out stripped back and building until they reach their heavier, bouncing choruses, that audiences will be screaming along to at shows.

2All is the probably the most stand out song on this album, not following the same pattern as the other tracks, and also conveying some genuine emotion. Again, listening to this brings up an image of fans singing along at a packed out gig, there is no denying that Catfish and The Bottlemen’s albums always make for a great live set. 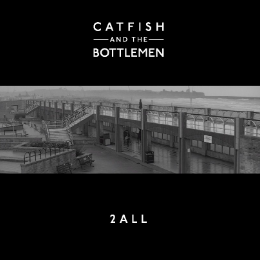 The next few tracks on the album seem to be the same arrangement of a building verse, heavy chorus, guitar intermission, stripped back chorus and then chorus repeated full blast with the occasional faded out ending. Although good songs, it does feel slightly like they all blend into one when listening through the album.

‘Intermission’, the eighth track on the album creates a much-needed break (or “intermission”), in the running. At Only 1 minute and 44 seconds, this song features minimalistic and slightly eerie music, with softer vocals that capture you and makes you really focus on the lyrical content.

Overall, this album is what was expected from Catfish and The Bottlemen, and is guaranteed to be loved by fans and crowds at gigs. Although it was slightly disappointing to not see a huge amount of musical progression, the style of music works well for the band, and it’s already guaranteed that this album is going to be a hit.

The Balance is out on 26th April and is available to preorder here: https://www.catfishandthebottlemen.com/homepage-v2-uk/

This Feeling Track of the Day: October Drift ‘Come and Find Me’ (acoustic)

This Feeling Track of the Day: The Mysterines ‘Gasoline’