In recent years, I’ve come to regard Interpol with a similar affection to how you might feel about an ex who you no longer fancy but still retain some very fond memories of. Back in 2002, Turn on the Bright Lights was my record of the year and I played it incessantly. I loved their second album, Antics, almost as much, and there were several outstanding moments on Our Love to Admire amongst no small amount of filler. But by their eponymous fourth album, the flame was all but extinguished: Interpol was a patchy affair that seemed to lack the passion of their previous work (as well as having one of the worst album covers I’ve ever seen). Thus, I approach El Pintor (Spanish for ‘the painter’ and also an anagram of Interpol) willing it to be a return to form that recaptures the beauty and urgency of their earlier work.

Opening track ‘All The Rage Back Home’ bears the hallmarks of vintage Interpol: vague lyrics, vacant vocals, urgent guitar and drums, but there’s something missing – namely, the gargantuan bass of Carlos Dengler, who left the band after the release of their fourth album. His presence is sorely missed throughout these ten tracks, despite the best efforts of frontman and stand-in bass player Paul Banks. ‘My Desire’ is in desperate need of one of those Hooky-esque basslines that powered songs such as ‘Obstacle 1’, ‘Say Hello To The Angels’, ‘Evil’ and ‘Take You On A Cruise’. ‘Same Town New Story’ is better, though still sounds like an idea that the band could have spent more time on developing: as it is, it seems only half-realised. 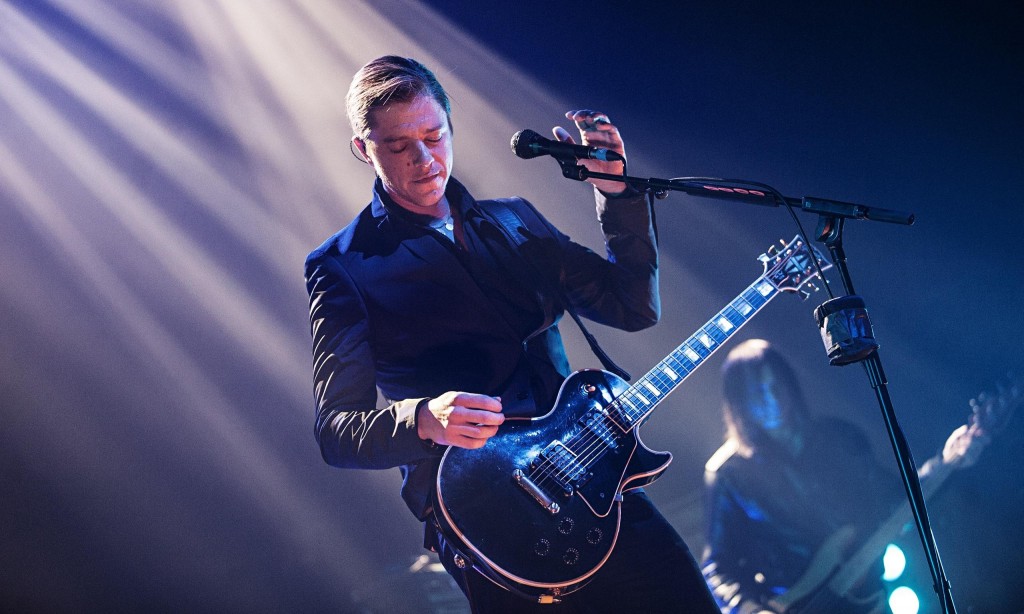 Elsewhere on the album, it sounds like Interpol have been influenced by their time as a support act to U2 – ‘My Blue Supreme’ is stadium rock played by a band on temazepam (Echo & the Bunnymen did a superior version of this back in the 80s), while ‘Tidal Wave’ threatens to launch into an anthemic chorus but hardly makes a splash after a promising verse. Album closer ‘Twice As Hard’ is an atmospheric number that’s reminiscent of Joy Division’s funereal ‘The Eternal’, though Banks’s detached vocal delivery lacks the haunting menace of Ian Curtis, not to mention the singer’s gift for beautifully macabre lyrics. El Pintor is the sound of band meandering along, repeating a formula, but not really saying anything new. Which is a shame, because a decade ago Interpol had the potential to offer so much more than the mediocrity that their last two albums have delivered.