Another town another place,
Another girl, another face,
Another truck, another race.
I’m eating junk, feeling bad,
Another night, I’m going mad.

For the rest of the tour I’m on my best behaviour. I get up on time, dutifully do my job and go to bed early. In all fairness, for the next few days, I’m actually incapable of staying up late and drinking – but, seeing as this new-and-improved me seems to be going to go down well with the TM, I decide to keep it up. The whole tour only lasts two weeks, so I just have to make it through another four or five days of conscious abstinence and good behaviour. It seems a fair deal considering that somehow, I’m tentatively still clinging on to my place on the tour bus.

At the end of the week, when we get to the airport to go our separate ways, a couple of the guys make an effort to say goodbye, largely from the band, and then I have to head off to UK departures. They need to check in too, and then head off to their long haul lounge to cross the pond. As they make their way into their queue for the check-in, I try to get the attention of the TM and the rest of the crew – but alas, they’re busy sorting out their tickets and don’t appear to hear me trying to say goodbye. I try for their attention again by waving and shouting their names. Nothing.. After a few minutes I give up, feeling pretty deflated and a bit sad that I may have messed up so royally that the crew are just pleased to be washing their hands of me. 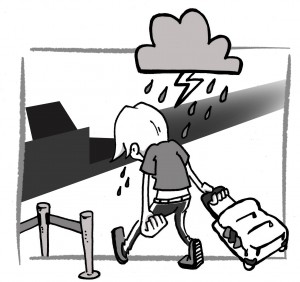 I’m utterly dejected. Oh great, I think, probably not much point me sending the usual follow-up email saying how much I enjoyed working with them, and inviting the TM to get in touch when they’re planning their next European jaunt. Dammit. I head over to the BA check in with my head hanging low and my proverbial tail between my legs. Oh dear. What a sorry sight I must be.

I get home later that day and when I check my email, my inbox is completely devoid of new job offers. I decide to send an email to the TM anyway (there’s an exercise in futility for you). I figure I’ve nothing to lose, and nothing else to do in the foreseeable future, and it could only result in another tour or what I am presuming to be the inevitable middle finger. I am fully prepared for the latter. 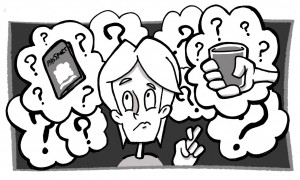 I decide to console myself with the remnants of a bottle of gin and some flat tonic I find in the cupboard left there from before I went away. And, three or four days later, decide to call a friend of mine, Vic, who I used to work with on another tour the year before. She was the Tour Manager’s assistant at the time, whereas I was the Merchandise Manager. Vic has been in the industry a few years longer than me, is very professional and I love her to bits. As she’s a good friend of mine and I think she might be amused by my misadventure and would laugh at a little anecdotal silliness. She sounds pleased to hear from me, which cheers me up immediately, and just as I’m about to regale her with all my tales of debauchery and stupidity, she stops me. Apparently my call is serendipitous — she was just about to text me because with some great news. 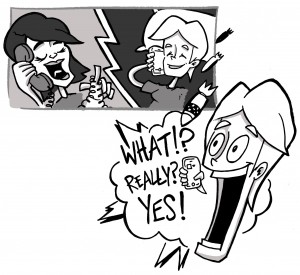 Vic has just been offered a Tour Managing position with a band from her area and it’ll be her first tour where she’s not the assistant, but actually the one in charge. I immediately decide to hold my tongue for a few minutes as her news is much more interesting than mind, and I’m really chuffed for her. Then, she drops the bombshell: she was just going to ask me if I wanted to be her assistant and handle the merchandise on the tour. Apparently there won’t be that much to do in the way of assisting, but if I could give her a hand with certain things at the venue whilst she is delayed elsewhere with the band, until sound check, she can offer me a decent wage to cover both roles.

The little devil on my shoulder is still dying to tell her all about my wayward behaviour on the last tour but the angel on my right is telling me that it has in fact sent her to save the day, and I should gratefully accept the job and keep schtum. Seeing as the old TM had to leave last minute due to a crisis at home, the advancing has been largely done and the tour has just been passed over to her.  We’d meet the bus in two days. Of course, good always wins over evil (shush up) so I find myself congratulating her and gushing about how exciting it is to be going on tour with her once again. 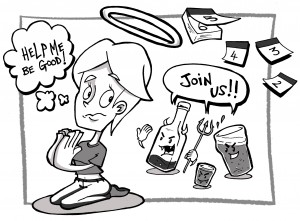 In my defence, I’m hardly likely to leave my passport behind again and vow there and then never to drink unidentified shots or order cocktails by the multiple on this next tour. And anyway, I don’t want to let her down. As I put the phone down, I feel slightly guilty, but ultimately cheered. This is going to be a great tour.