Ordinary backgrounds, ordinary occupations, and an extraordinary passion to make the music they love; Southend rockers Asylums are a band who should definitely be on your musical radar. Together, Luke, Jazz, Michael and Henry have managed to form a regionalised creative community, and thrive in the changing landscape of the modern music industry.

Rather than getting locked in and tangled up in contracts and signings, Asylums produce music independently through their own label Cool Thing Records , and work alongside the industry (radio pluggers, blogs) to share their music with the public. This ethos is admirable, but it presents its own set of obstacles, as Drummer Henry Tyler explains: “The brutal reality is that to keep all this going we have to work full time. This makes the journey exhilarating and exhausting”. Bassist & Accounts Keeper Michael Webster also admitted that quite simply, “survival” is one of the most difficult things to achieve as an independent band and label. 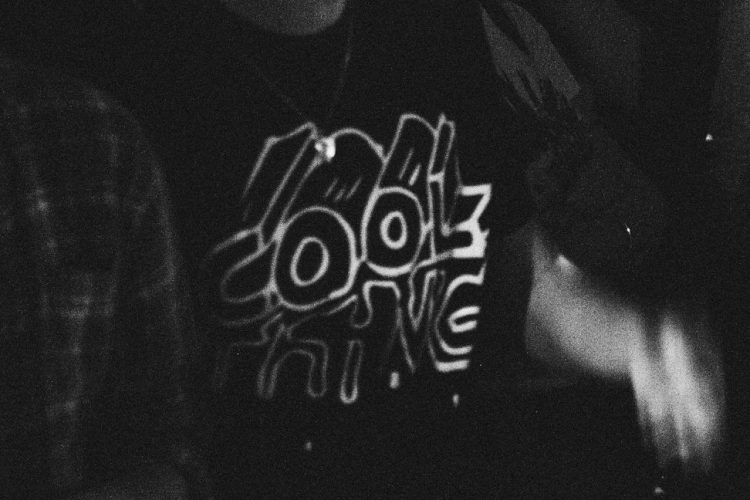 Fortunately, Asylums have not only survived the early stages of this race, they’ve thrived in a difficult and insular industry. Their successes are the results of many previous personal frustrations though, as vocalist/guitarist and Label Manager Luke Branch explains:

“Back in late 2013 I decided to write and demo an album’s worth of material for therapeutic reasons after a particularly difficult year in my personal life. Around this time, I wasn’t socialising with anyone. I was hiding from the world and deactivated my social networking accounts”.

It was during these quiet moments that Luke realised he wanted to create music with “authenticity, originality and sustainability” something which he felt had been lacking in previous bands he had been a part of, as they had generally been more concerned with attracting outside investment.

He channelled his frustrations in to a few recordings and set up a rehearsal with friends Jazz, Henry, and Michael: “I felt happy, excited and motivated about what we were doing and there was absolutely no expectation or external pressure. During that rehearsal, my life changed”. To Luke and the other band members, Asylums’ formation represents much more than a group of people’s creativity and passion; it’s the offspring of solid pre-existing friendships. Together, they champion the social qualities of their music as highly as the songs they write, as Luke explains further:

“I wanted to challenge myself musically to create a band that was a true distillation of my musical tastes, artistic ideas and ethics, and I wanted to do it with people that shared those ideas, and that I already had long term friendships with, because playing music should be a fun shared adventure. To me, that’s routed in love for one another”. 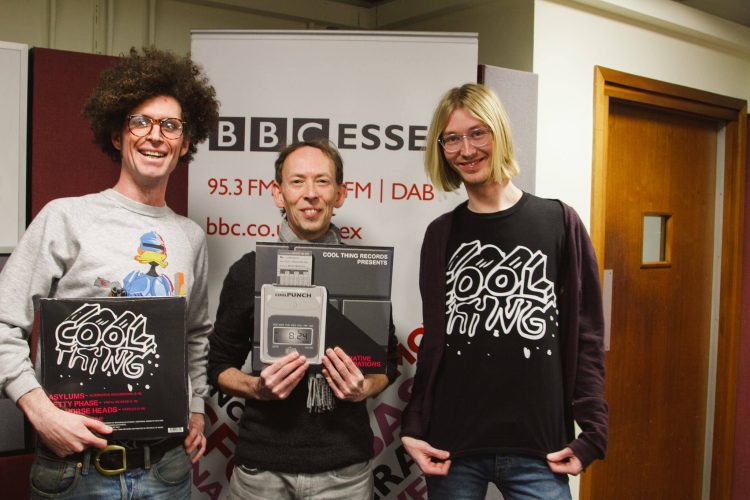 It’s this golden attitude that led to the creation of Cool Thing Records, and the subsequent signings of other local Southend bands Petty Phase, The Horse Heads, Bait, and soloist Beckie Margaret. A good attitude is only one part of the Asylums puzzle however, and in the age of Instagram, Snapchat and Vine, it’s information in visual form that’s absorbed and shared most effectively (although I’m still rooting for the power of the written word, hence this blog). That’s where childhood friend and photographer Kana Waiwaiku comes in.

Kana has been documenting the rise of Asylums in photographs and videos since their journey began, and has built an incredible visual profile of a band truly living in the moment. His distinctive style and post-production skills provide a “raw, anti-glamour aesthetic”, and Kana’s approach is as honest and endearing as the band he’s photographing:

“I try to find in myself a connection to the moment I want to create. I try to understand, relate, and make the emotion my own, so that the relationship between me and the captured moment will be a real one, rather than completely created for the purpose of selling”.

He can be seen at all of Asylums’ gigs, jumping on stage as the fifth band member, capturing these intensely natural moments of exhilaration. 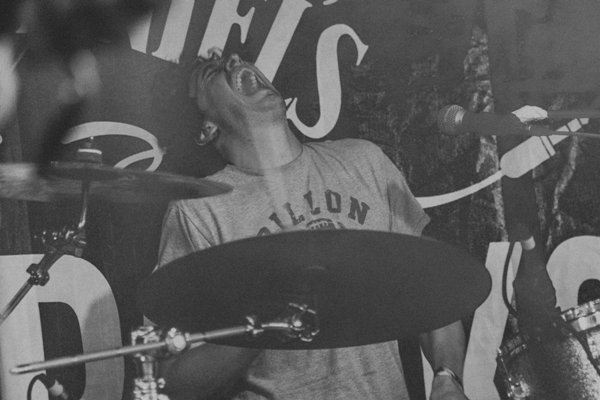 Alongside Kana’s images, the band also collaborate with Illustrator and Graphic Designer The Iron Brain, who has helped create logos, posters, badges, and executes other visual ideas for the group. The Iron Brain explains: “At all times it is a fast turnover, thinking on ones feet process, which is fun, unpredictable and an outlet for our collective sense of humour, with parody playing a key role” and this is also mirrored in Kana’s outlook:

“We don’t approach things like we’re the best with the thought that we’re gonna do great, we just approach it like we’re gonna work really hard. The pressure to create something special does not go away. I thrive on that pressure though.”

It’s this pressure to be honest and productive that permeates Cool Thing Records and Asylums’ output, but being this creative requires an immense set of organisational skills from the band and their collaborators, and that’s where Hayley Hill comes in. Hayley is responsible for booking venues, marketing the band’s events, organising ticketing systems and sales, and collaborating with Steve Pond and Jai Gungadin (tour managers/logistics):

Although much of Hayley’s work goes on behind the scenes, she recently had the opportunity to step out front as a cameo in the band’s video for latest single ‘Alternative Occupations’. The track takes its name from the collaborative EP released in December 2016, which features tracks from Petty Phase, The Horse Heads and Bait

Asylums’ Guitarist Jazz Miell revealed that the true pride in Asylums’ ventures now comes from “nurturing new talent”, and Bassist Michael agrees that this is something the collaborative EP has allowed them to do:

“It made perfect sense to use the success we had with Asylums’ debut record (Killer Brain Waves) as a springboard for other artists that we believe in. The fact that we’re at a stage where we can release records for other artists makes us insanely proud, and shows how much we have grown as a label.”

Growing at their own pace, it seems that Cool Thing Records and all of their associates are set for more future successes.

So why is it important that bands like Asylums exist? Because they make the idea of making music accessible. On stage they are every inch the show men; fearless, confident and unapologetic. What prevents them from being intimidating off-stage however, is their gracious, kind, and 100% ordinary attitude to their fans and friends. Their commitment to creativity and helping others realise their own abilities is both refreshing and reassuring, and proves that the DIY method is still the strongest, most authentic approach to take when it comes to making music.

Follow Asylums on Facebook for more updates. You can listen to the Alternative Occupations EP on Spotify.