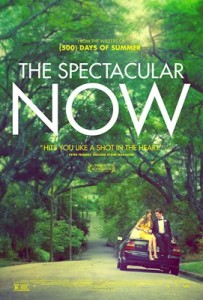 Best Indie: “The Spectacular Now”: James Ponsoldt’s tender teen romance is not only a love story, it’s a meditation on adolescence, devoid of formulaic platitudes. Even the supposed foundation of the story, the bad boy/good girl relationship, sidesteps cliché. This film masterfully captures the glimmer of time as high school ends and the crushing pressures of life’s waves; force even the most confused of souls into a life direction. The character of Sutter Keely (Miles Teller) is someone that resonates because he is someone a lot of us have met or known to some extent. He’s relatable and his trajectory is one that spurs people to feel an intervening interest. While, the film offers no easy, Hollywood fix to his problems, it does, leave us with hope he might be on his way to discovering the tools.
Most Underrated Action Flick: “Dead Man Down”: The director of the original “The Girl with the Dragon Tattoo” franchise, Neils Arden Oplev, reteams with star Noomi Rapace and the result is a satisfyingly, efficient film that places just as much interest in its philosophical reveries, as it does its action. Rapace’s performance is mesmeric as the mysterious woman out for revenge on the man who left her physically and emotionally scarred for life. A rare breed of European-American film fusion, “Dead Man Down” is full of life.
Best Biopic: “Rush”: Ron Howard’s exhilarating biopic centering on the formula 1 racing feud between Niki Lauda (Daniel Bruhl) and James Hunt (Chris Hemsworth) in the 1970’s is slick and emotionally involving. Where the film separate itself is in not telling a strict lifetime biography. Instead it focuses on documenting the relationship of these two powerful men and their incredibly different ideologies, facing off against each other on the race track. The storied rivalry, respect and friendship between these two ambitious men; is told with a captivating poetic symmetry.
Most Overlooked Movie: “The Iceman”: Dark, brutal and with a twisted heart at its core, this is one of those movies that stays with you, long after the credits roll. It’s an intense character study of a man whose crimes are brought into unsettling focus by drawing the audience inside the mind of a dual psyche. It is effective, haunting and simply brilliant. 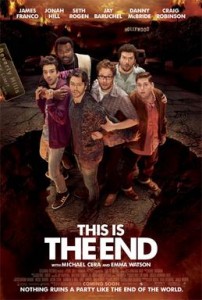 Worst Comedy: “This Is the End”: This movie’s title should’ve been “This Is the End…of Our Careers” or so one might think after watching this movie. While, most of the talent’s careers will more than likely remain intact, this movie will not be the reason why. An acid trip gone awry that attempts to be a commentary on the Hollywood scene is instead, a frenetic blast of horrible. There is no distinct narrative and the attempts at satire, are bland. The party sequence at the beginning does at least show, the appropriate cliques cavorting and that is where the behind-the-scenes honesty ends. Seth Rogen’s attempt to parody himself falls flat, as it is difficult to differentiate between any of the other characters he has played or his known public persona. Hearing comparisons made between this and 2010’s “The Trip” is an affront to the latter film. Take a “trip” before letting this “end” any brain cells.
Best Comedy: “Clear History”: Larry David’s dry humor ignites the funny, as a man who changes his whole identity to avoid the public recognition, relating to a poor business decision. Read the full review here
Cheesiest Film: “Gangster Squad”: Ryan Gosling’s distracting accent and Josh Brolin’s deadpan seriousness give way to one amazingly ludicrous film. Laughable in its camp, the film feels like a satire and yet, it appears its cast did not get the memo as they treated the material with grave self-importance. 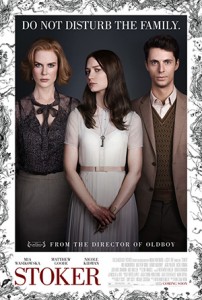 Best Creepy Film: “Stoker”: A mood piece that effectively weaves together the bizarre and the pedestrian; is one of the year’s weirdest ventures. Discovering who the characters at the center of this story, truly are, is engrossing and the overall creep factor never wanes. The cinematography is stunning and a character in its own right, this is a noir that’s intriguing as its slow build rests on the performances of its sturdy leads; Mia Wasikowska, Matthew Goode and Nicole Kidman.
Most Surprisingly Decent Thriller: “Side Effects”: The best film from Steven Soderburgh in a long time. This is a worthy send up to the erotic, crime thriller genre of the late 80’s and early 90’s. The enigmatic Rooney Mara is riveting and Jude Law is sufficient as the harried psychiatrist. An interesting commentary on the pharmaceutical industry and its ties to handling the mentally ill is, well-played. The only thing hampering the film is the grungy and florescent cinematography. There is a good story worth looking past it, to get to. 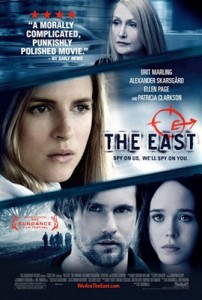 Latest posts by Eclecticpopblog (see all)

View all posts by Eclecticpopblog →

Do Mods Matter? (any more?)