Beyond The Tracks will be taking over Birmingham’s Eastside in September.

The festival will take place in Eastside City Park, near Millennium Point, over September 15 to 17.

The Friday will see electronic music pioneers Orbital headline with the Hartnoll brothers reunited after a five-year hiatus. Leftfield will be joining them, and will play their record Leftism in full at the festival. Playing a very special DJ set will be Faithless.

Adding to the electronic and dance evening will be Jagwar Ma with their indie psych take on things more electro. They’ll also be joined by Higher Intelligence Agency.

Local heroes Ocean Colour Scene will take over headline duties on the Saturday night. They’ll be playing a range of hits spanning across their back catalogue, including ‘The Riverboat Song’ and ‘The Day We Caught The Train’.

Just below on the bill are Maximo Park, who will be bringing their art-rock and knack for putting on a great live show. Liverpool’s The Coral will perform a career-spanning set, full of their pop, psych and rock. Carl Barat and The Jackals are also set to play.

Heading up the local groups, JAWS will stun the crowds with their indie-pop, while Dirty Hit signees Superfood add their glittering riffs and singalong lyrics to the mix. ‘Music to ride your motorbike to’ The Americas, art-rock experimentalists Health & Efficiency and pop-punk outfit The Sandanistas will be leading the new music brigade.

Closing the Sunday night and the whole festival will be Editors. Over five albums their alt-rock, synth heavy, rumbling basslines and electronic tinged anthems are big and bold as evidenced by hits such as ‘Munich’, ‘Blood’ and ‘Smokers Outside The Hospital Doors’.

Bringing their black wardrobe, angry attitudes and feedback-drenched sets will be The Jesus and Mary Chain. Having influenced the shoegaze genre with their debut Pyschocandy, it’s only right Slowdive are on the same bill as JAMC. They reunited in 2014, and are set to release their latest eponymous album in May.

Wild Beasts are also on the line-up, and will offer up five albums worth of electro-indie rock. Expect a set of Joy Division and New Order classics from Peter Hook & the Light, sultry love songs from Nadine Shah and psych from Josefin Ohrn + The Liberation.

Americana blues from locals Goodnight Lenin will be joined by acid rock meets acid house with Blackash, Victories At Sea’s post-punk synth and the strings, electronics, synths and heavy beats of Birmingham’s Dorcha.

The venue, Eastside City Park, is part of the Digbeth regeneration scheme. Located next to Millennium Point and the old Curzon Street station, it is only a 10 minute walk from the centre of Birmingham, and just five from Moor Street Station.

The festival has been organised by the people behind the midland’s other events Moseley Folk Festival, Mostly Jazz Funk & Soul and Lunar Festival.

Tickets will be on sale from 9am on Friday (April 14), and will be available here.

Prices begin from £45.00 + fees, with student tickets being available at £40 for those with a NUS card. Tickets are available for individual days. 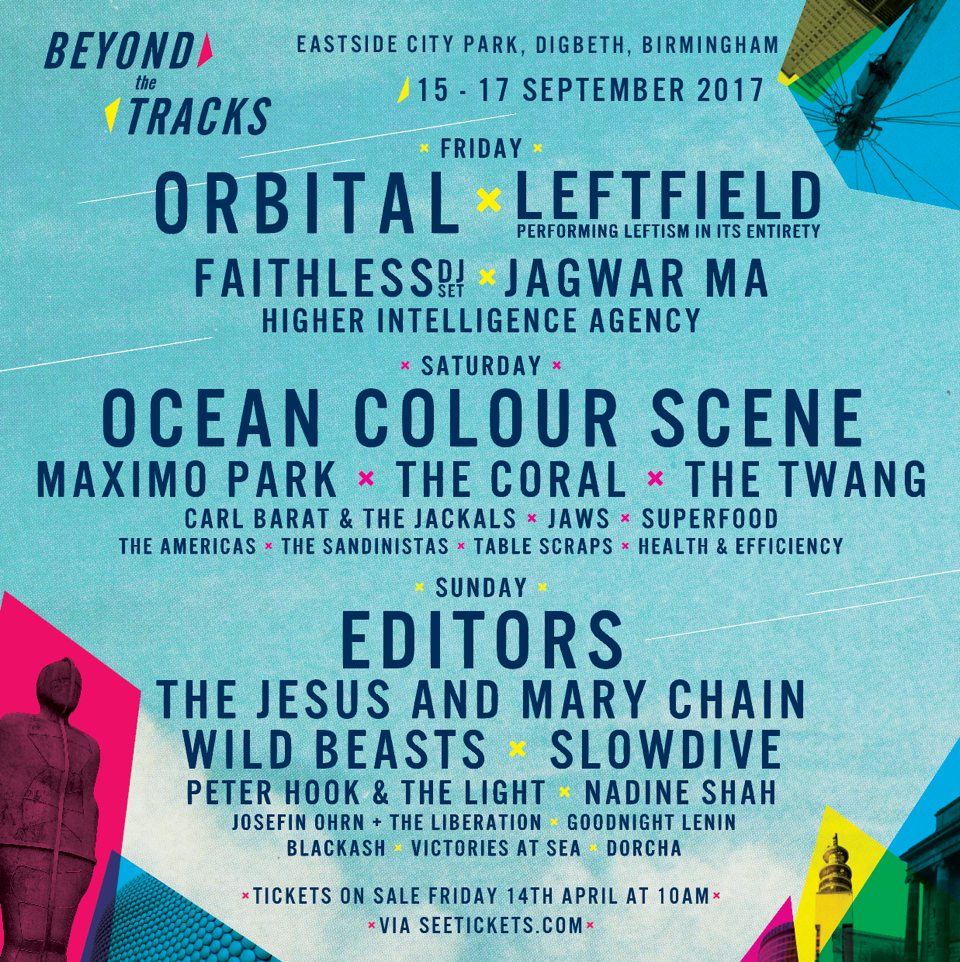