Scorcha! Skins, Suedes and Style From The Streets 1967-1973 by Paul ‘Smiler’ Anderson and Mark Baxter, with a foreword by Madness front man Suggs. If the title, the authors or Suggs doesn’t excite you, maybe think again. Anderson is the well known author of treasured publications Mods: The New Generation and Mod Art whilst the multitalented author and film maker Baxter is behind the likes of lauded book The Mumper plus the recent widely acclaimed Sky Arts documentary on Long Hot Summers, which focused on the great 80’s band The Style Council. 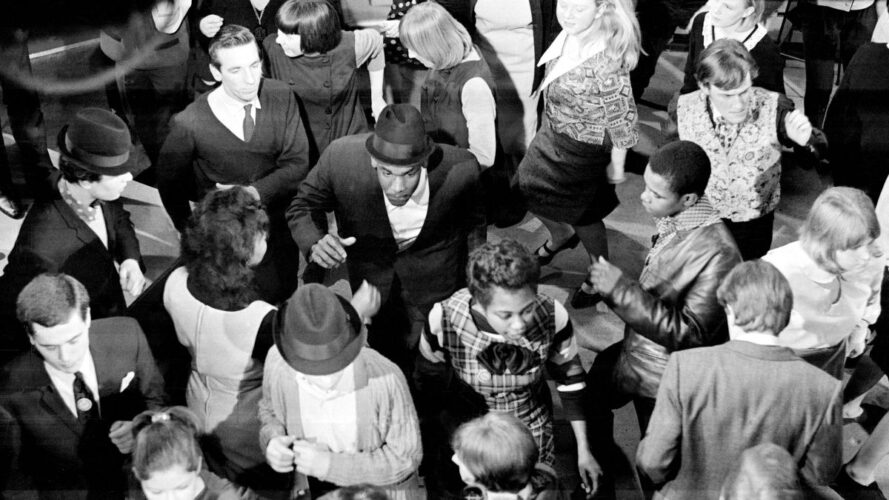 This new venture is as you could expect; multicoloured, jam packed with endless eye catching content whilst a stellar cast of story tellers who were either in and around this scene or simply impacted by the legacy of this forever loved movement. From the dates the book focuses on an era way ahead of the late 70’s Mod Revival or the outbreak of 2 Tone, yet as time has shown the legacy of the fashion and idealism of the period has been a constant influence on many Mods, Ska/Reggae fans.

The foreword by Suggs mentions that John Peel (RIP) hadn’t heard Reggae until 1975 due to the likes of highbrow musicians including Eric Clapton foolishly disowning it is a repetitive nonsense, with Clapton throwing insult to injury with his karaoke version of I Shot The Sheriff.  Its thanks to the likes of Suggs that Reggae is now part and parcel of people’s soundtrack in this digital age, once upon a time the music of Reggae was an underground sound with 7” and 12” long players scarce in their availability but big in sound when played.

There’s dialogue from original suedehead / skinheads in the guise of Will Deasy, Dave Foley and Carmen Gimenez and many more who all give vivid and detailed accounts of how they were introduced to the music, fashion and the whole ethos of each of the aforementioned movements, one snippet includes how there they used to shoplift to be able to look the part in the new must have threads that adorned shop windows whilst the appeal of new clubs that were playing the latest underground tunes was their staple diet. 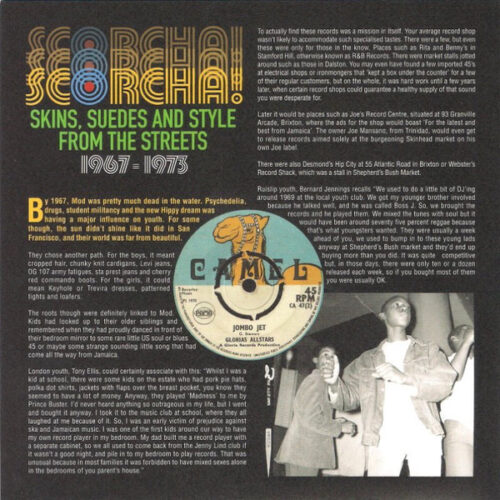 I remember hearing famed Hammond organ player Georgie Fame speak of the West Indian contingent that introduced him to Ska in the early 1960’s, which then led him and his R&B outfit The Blue Flames to cover tunes they’d heard on the grapevine. Georgie does get a mention in the book plus there are reams of original news paperwork articles, cuttings plus expertly crafted record sleeves which all detail the path taken by Skins, Suede’s whilst at the same time helping the style on the streets of this bygone era be remembered in this impassioned and gripping hardback book.

Scorcha! Skins, Suedes and Style From The Streets 1967-1973 can be purchased via the following link

This Feeling Track of the Day: Pentire ‘How Would Someone Else Do It?’

This Feeling Track of the Day: The Avion ‘Mr Darcy’s Sinister Parties’