Taking place in North London’s Finsbury Park, Community festival 2019 was taking place for the third time since it’s start in 2017. This year boasted an incredible line up of headliners The Kooks, along with The Amazons, Kate Nash, Don Brocco and The Hunna. 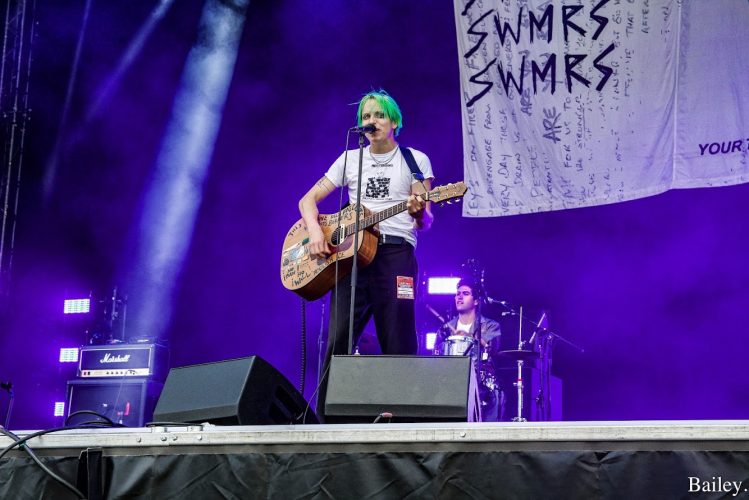 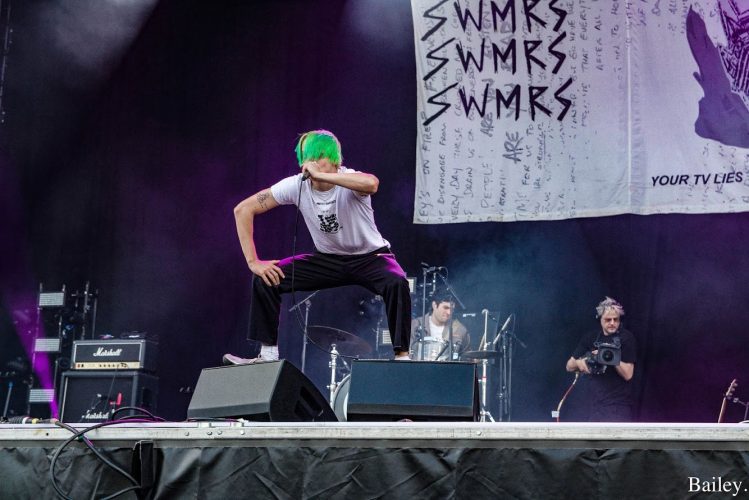 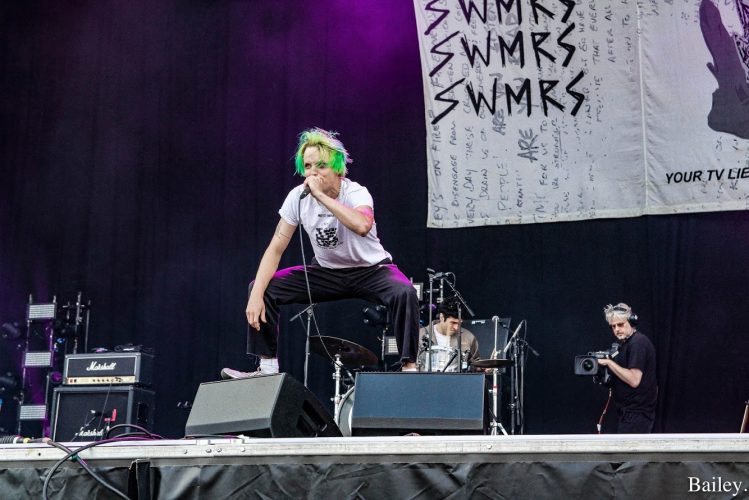 It was an early start for the first band of the day, as surf-punk band SWMRS took to the stage at 12:35 pm. Although it seemed slightly surprising to put such a popular band on so early, it did encourage attendees to get down from the very start and their set was packed with young fans. During their hit song Lose, Lose, Lose from their latest album, ‘April in Houston’, lead singer Cole Becker got the entire crowd to crouch down and jump up together in a moment of unity and music madness.

Sea Girls were next up on the mainstage, delivering a fun and lively set that their keen fans, many of which were on the front row, hugely enjoyed. Screams for the band could be heard from the crowd at any given moment and everyone was singing along, leading lead singer Henry to say, ‘this is the best fucking gig of our lives’, and you could tell that he genuinely meant it. 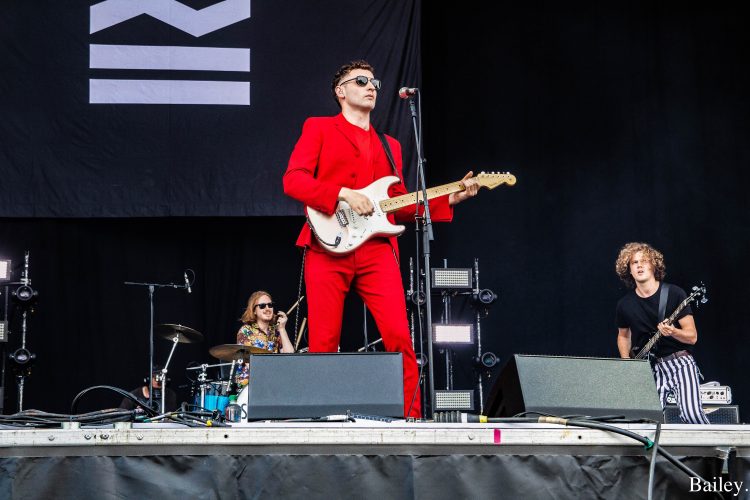 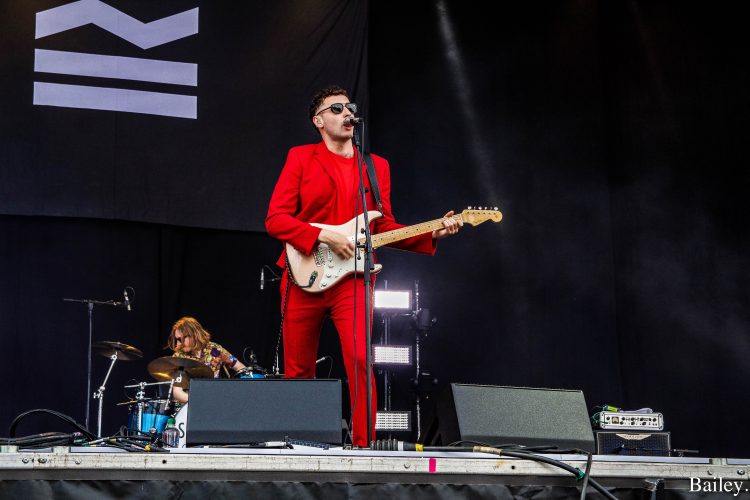 Singer-songwriter Gerry Cinnamon also played the mainstage, a genuine solo act as he walked onto stage by himself and remained this way throughout the set, using his peddle board to provide a drum beat, and strapping a harmonica over his head that he could play while still using his guitar. Of the entire day it was clear that Gerry had the biggest, ‘cult following’ with people chanting his name to the tune of ‘Give It Up’, by KC & The Sunshine band before he’d even come on, (it turns out the track was also his walk-on song, as fans continued their football style chants). Coloured flares were let off left, right and centre as fans yelled along to his music, Gerry clearly amused by the scene that was being played out in front of him. 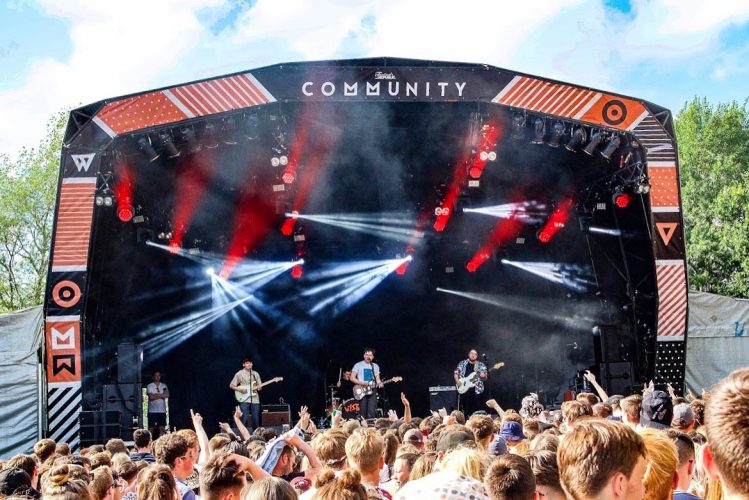 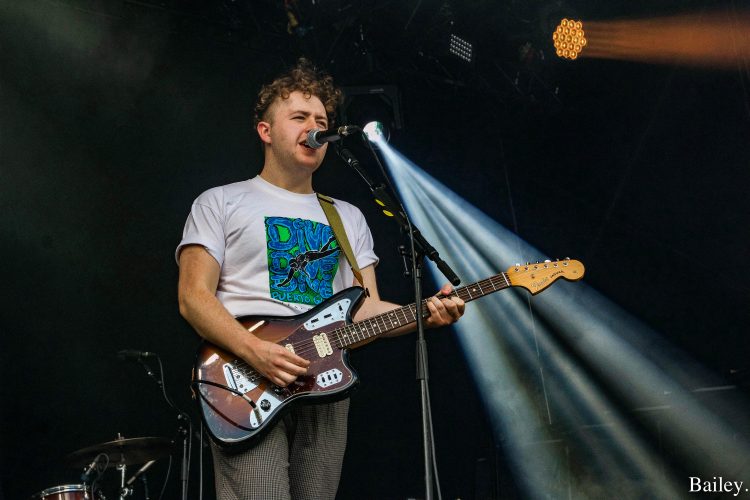 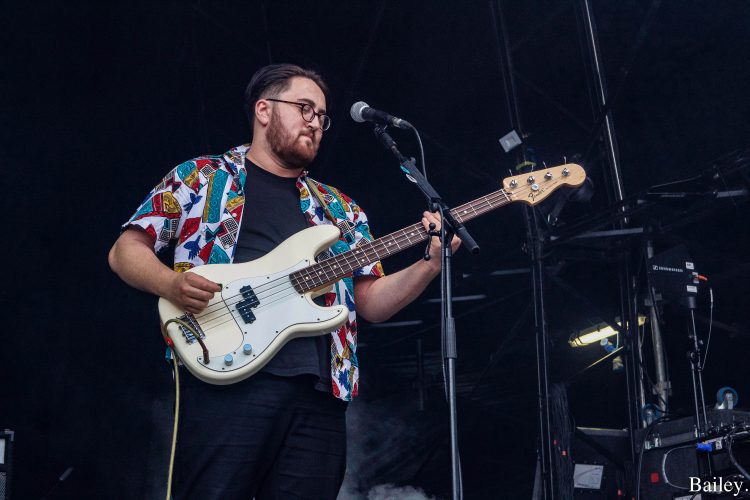 Over on the second stage, alt-rock/pop band Bloxx took to the stage, with lead singer, Ophelia telling the crowd, ‘Let’s have fun today.’ And that they did. They played through their hit songs to a packed out crowd, maybe even surprising people with the heaviness of their performance.

After Bloxx came indie-rock The Academics. Hailing from Westmeath, Ireland, they have built a huge following since their formation in 2013 and were the perfect act for a lovely summers day, as fans swayed along to their sweet, warm songs. The fact they were on at the same time as The Hunna made no impact on the band’s crowd, as fans poured out to see The Academic perform, eagerly singing along during their song, ‘Bearclaw’.

Similarly to The Academics, the fact that Scottish, indie-rock band Vistas were on at the same time as Don Brocco had no effect on their crowd size, with dedicated fans turning out in the 100’s to seem them perform, some even bearing Scottish flags as a symbol of their support. A late addition to the line up (presumably replacing Blaenavon who dropped out due to health reasons), Vistas took the festival in their stride and delivered a bubbly set that made people want to dance. 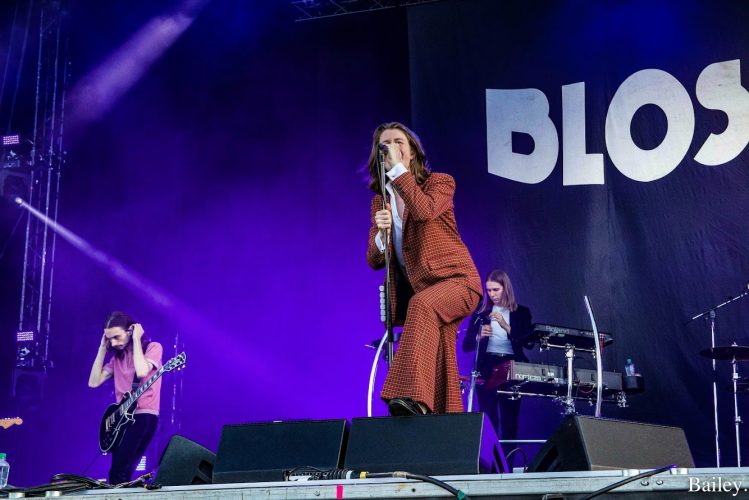 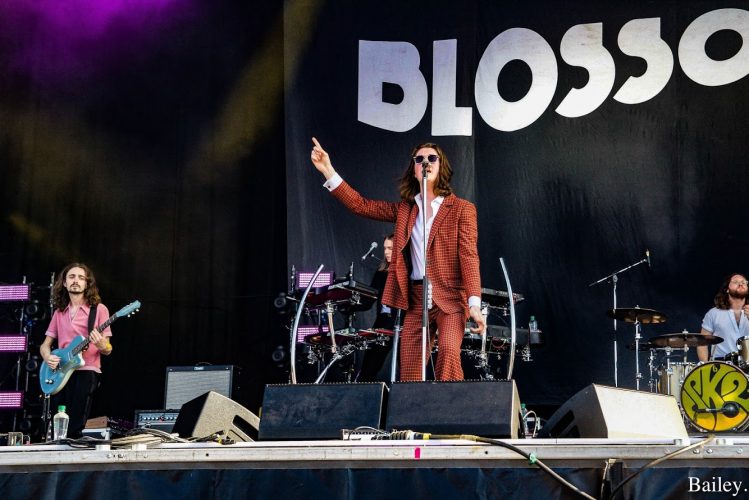 The last three acts of the day were Blossoms, The Amazons and The Kooks, (The Night Café announced on the day they couldn’t play due to an illness in the band), and each of them played dynamic and spirited sets, clearly encouraged by the size of the crowds and the fact the due to the weather and just how great the festival had been so far that day, everyone watching was in a good mood. The Amazons headlined the second stage and the second their set finished fans could humorously be seen running back to the mainstage to catch some of The Kooks, who along with their latest released also played their old hits such as, ‘Ooh La’ and ‘Seaside’, and of course finishing on perhaps their biggest song, ‘Naive’.

Community Festival 2019 was a feel-good day that you couldn’t help but enjoy. A combination of amazing weather, amazing food and of course amazing music, all at a very reasonable ticket price made for a perfect festival and one that fans won’t be forgetting anytime soon.

Nozstock raises its green ambitions for 2019

PREMIERE: This Feeling Track of the Day : The Rotanas ‘Mood Light’