This year, to celebrate the U.K. Subs’ 40th anniversary, Edsel will release two comprehensive box sets, spanning one the greatest punk band’s remarkable career. To be in with a chance of winning a copy, complete the form below and answer the question correctly…

Founded in 1976 by frontman Charlie Harper, early on in their career the U.K. Subs set out to release an album for each letter of the alphabet, finally completing the task in 2017. 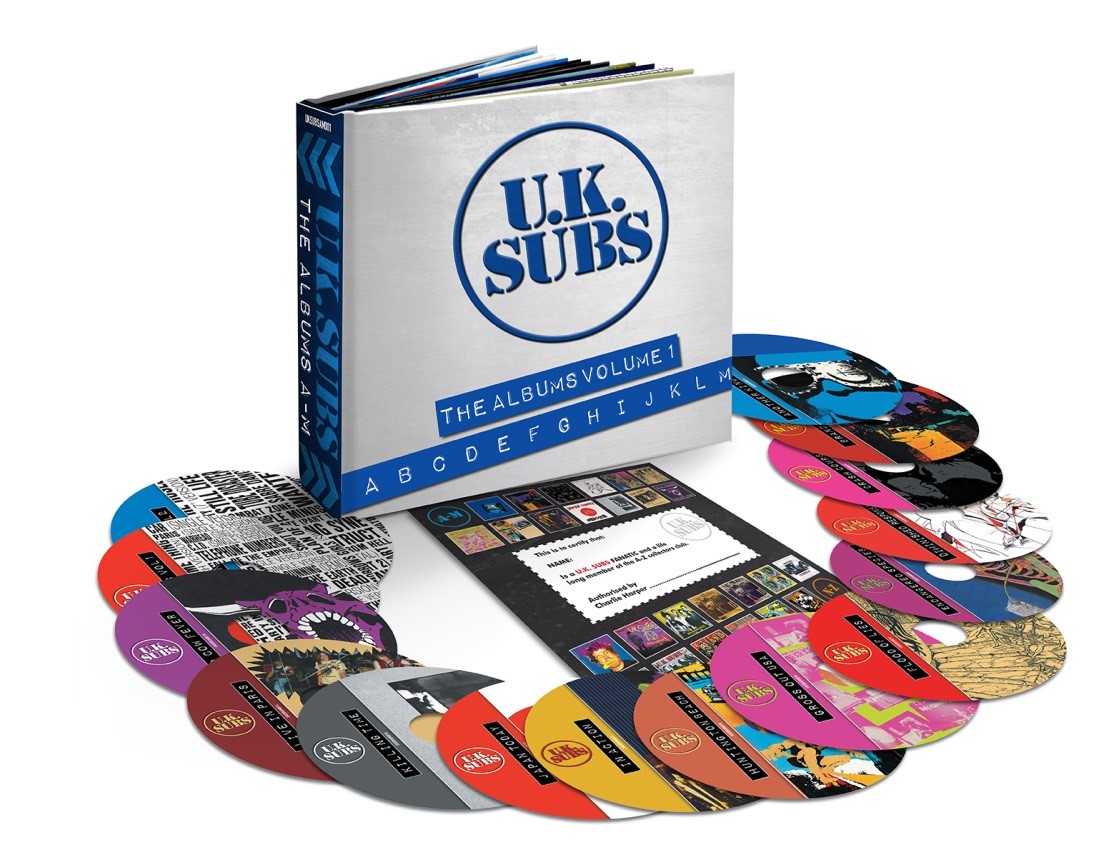 The Albums Volume 1 features the first 13 albums (A – M), plus two discs of non-album singles, b-sides and rare compilation tracks. 279 tracks in total.  Four of the albums all charted in the UK album charts:   Another Kind Of Blues (no.21), Brand New Age (no.18), Crash Course (No.8) and Diminished Responsibility (No.18). Engendered Species includes the song Down On The Farm, which was famously covered by Guns ‘n’ Roses on there Spaghetti Incident album.

The Albums Volume 2 features the second half of the A-Z series (N – Z) and, as with Volume 1, it also comes with two discs of non-album singles, b-sides and rare compilation album tracks. 261 tracks in total.

These box sets are a must-have for any fan of this truly one-off band. In both box sets, each album is packaged in a 7” sleeve featuring a replica of its original front cover with each CD a picture disc, all bound together in a strong, hardback casing. Each box also contains a signed frame-able print by frontman Charlie Harper.

All the albums have been remastered so that the Subs have never looked or sounded better.

Volume 1 and Volume 2 were made with 16 guitarists, e20 bass players, 22 drummers…and one Vocalist!

Drenge release new song ‘Outside’, debut video for ‘Before The War Begins’ – listen and watch now