The three month, fourteen film celebration of the capital’s musical heritage will take place across the city from 16 March to 16 June.

Featuring live Q&As with key characters and filmmakers in conversation with journalists and music-scene protagonists, SOUNDS OF LONDON presented by Doc’n Roll Film Festival, will focus on musical genres as diverse as rock, pop, indie, and, as key partners in the GLA’s 2016 Punk.London programme, punk.

From spring to summer SOUNDS OF LONDON will play host to a number of exciting events including a portrait of Imogen Heap, attended by the artist; a rare screening of Art Will Save the World with Luke Haines and Julian Temple’s The Filth and the Fury including a Q&A with the director.

The festival will also see a 40th anniversary screening of Led Zeppelin: The Song Remains the Same; Yangon Calling – Punk in Myanmar, a story of punk rebellion in Burma; East End Babylon including Q&A with director and band member Mick Geggus; The Rise and Fall of the Clash with Joe Strummer biographer Chris Salewicz; D.A. Pennebaker’s Ziggy Stardust and The Spiders From Mars; cult punk classic DOA – A Rite of Passage with screenwriter Chris Salewicz; and End of the Century The Story of the Ramones attended by directors Jim Fields and Michael Gramaglia.

For tickets to all screenings and more information visit docnrollfestival.com 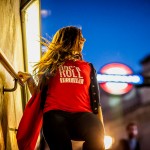 The three month, fourteen film celebration of the capital’s musical heritage will take place across the city from 16 March to 16 June.  Featuring live Q&As with key characters and filmmakers in conversation with journalists and music-scene protagonists, SOUNDS OF…