No Hot Ashes have announced their debut album, ‘Hardship Starship’ due to be released on August 16th 2019 through Modern Sky UK. 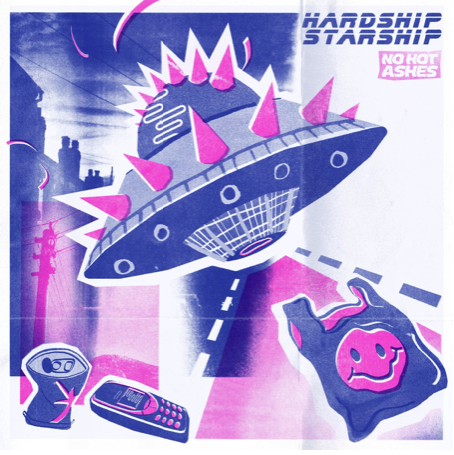 Produced by Chris Taylor (The Coral, Everything Everything, Ian Brown,  Bill Ryder Jones) at Parr Street studios in Liverpool, the album has a running ‘space theme’ (hence the title) and features ‘space-age synths’ and ‘rocket-fueled guitar riffs’.

As a first glimpse into the new album, the band have released their leading single, ‘W.Y.N.A’ or ‘When You’re Not Around’,

“W.Y.N.A.” is a song about kicking off with loved ones, sleep deprivation and the cyclical nature of relationships. Originally this song was written as a slow acoustic track I thought would never come to light but we were stuck for ideas one day in the practice room and tried it. Glad we did.”

This Feeling Track of the Day: The Balcony ‘A Years Time’

This Feeling Track of the Day: The Barratts ‘Lights Out In London’