This Feeling  is celebrating its eighth birthday with two very special club nights in Manchester and Dunfermline this month.

Headlining both events, which sees the Manchester club event in association with Jack Daniels, is Eugene McGuinness.  Performing alongside McGuinness at Manchester’s Ruby Lounge this Friday (October 10) is: Alias Kid, Hidden Charms and Lucky T. Jackson.

The evening starts at 8pm and will go on until 3am, with tickets reasonably priced at £5 in advance or £6 on the door. Tickets for the event are available here.

However, if you can’t get to the evening, This Feeling will be heading north to Dunfermline on October 18, joined again by McGuinness as well as: Embrace, King Creosote, Dexters and a host of exciting new Scottish bands such as: Medicine Men and The Merrylees.

Tickets for the Dunfermline show will cost £20, but for more information click here.

Fortunately for you, Gigslutz managed to catch up with Eugene McGuinness ahead of both shows, for a quick chat about: life, his new LP and future plans: 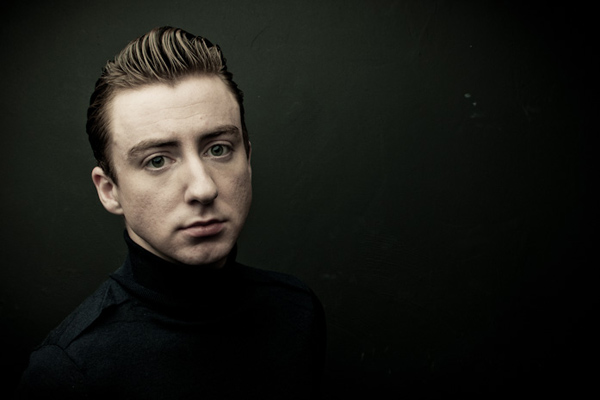 Here’s what he had to say:

GS:Alright Eugene, what have you been up to lately?

EM: Hello, just been in the practice room getting ready for these string of gigs. It’s sounding brilliant.

GS: Your latest LP Chroma, came out in July – can you tell me a little bit about it?

EM: It was fired out in a couple of weeks earlier this year. It’s the most melodic, fluid thing I’ve done.

GS: What were your musical references for it?

EM: Lots of soul music like Smokey Robinson and Marvin Gaye and quite a bit of The Mersey is in it; like The Searchers or The La’s but it was mostly  inspired by me. Which I’m not proud to say but it’s true..

GS:  You’ve worked with Dan Carey on Chroma as well as previous work, what’s it about working with him that you like?

EM: Dan has been a little voice in my ear recently and he’s just one of those people whose ideas I love. I really let him steer the ship on this record because he was so passionate about his vision for it. It’s Dan’s album as much as it is mine.

GS: What’s your favourite track on the album and why?
EM: Maybe ‘All In All’; it’s a slow one and I’m not always in the mood for it, but when that tune hits the sweet spot, I know it’s the best thing I’ve written.

GS: You’ve got a couple of gigs planned for this month, excited?

EM: The band are brilliant so I can’t wait to show them off. It’s a record that’s built to be played live so it’s gonna be mega.

GS: It’s This Feelings eighth birthday celebrations this month and you’re headlining one of the shows – have you got a birthday message for them?

EM: Just thanks for all the love you’ve shown and grow old disgracefully.

THIS FEELING TRACK OF THE DAY 08.10.14: The Wicked Whispers ‘Chronological Astronaut’