Dragonfly was written and directed by Andrew Tiernan, who also found time to play one of the lead roles in the film. It would be easy for Tiernan to fall into an ego trap, but he straddles the triumvirate of roles with remarkable poise.

The film begins with a montage of shots that appear unconnected, but on reflection, actually condense the film for the viewer. It’s an intelligent opening, and as each scene connects as the film plays out, the effect is akin to a jigsaw being put together.

This is an impressive if bleak film that centres around two police cases. The current case involves a middle class, accomplished black student, Dexter Thomson (Kobena Dadey) who dies in police custody. The other case is a ‘cold case’ regarding the missing white daughter, Corinne Grosvenor (Lucinda Rhodes-Flaherty) of a corrupt politician.

The two cases are connected to DS Blake (Tiernan), who is accused of being responsible for the death of Dexter whilst in police custody. To keep him out of the public eye he is placed on the cold case to investigate further. As DS Blake becomes more involved with the Corrine Grosvenor case, his life descends into a world of conspiracy and human sacrifice via a website named ‘Dragonfly’.

Shot in black and white, this is a stylistic affair that avoids the trap of style over substance. Every visual aspect has been given great thought and supported by engaging dialogue and a storyline that keeps the viewer guessing.

The film flirts with the imagery and themes of film noir, while the clever, unsettling camerawork is reminiscent of Sergio Leone, with intense close ups of individuals as they are interrogated. It’s also a gritty, realistic affair (a mention of the Stephen Lawrence case grounds it in reality) but at times has traces of surrealism in it. In one scene Dexter Thomson stands in front of a majestic tree and starts doing a robotic dance to music. It then cuts to two blurred figures approaching him. The juxtaposition of the connecting shots is nothing short of perfection.

The soundtrack is composed by Edward Rose and Nick Reynolds, and is nothing short of affective, adding to the eerie, foreboding atmosphere. However, at times the music is overwhelming and seems self indulgent, especially in the scene where the reclusive, faded rock star, Flint Lock (Ramon Tikaram, aka Ferdy from This Life) is first interviewed by the police. 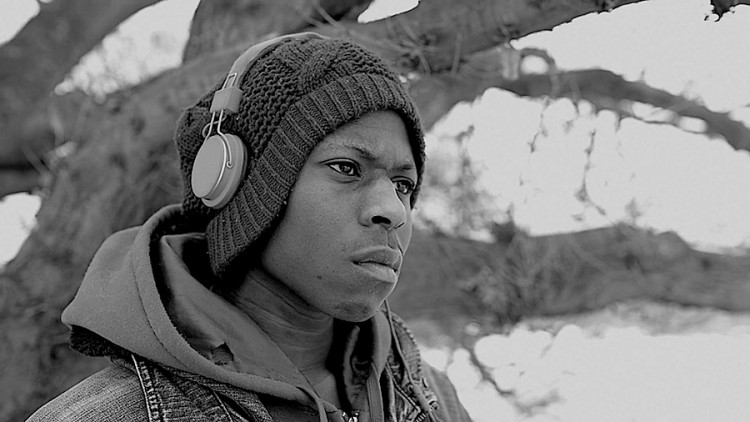 Reynolds also stars as Ashley Tassel, a man in denial of his past sins. It’s a great performance from him, and his scenes with Frank Boyce (Ben Kirk) buzz with menace and black humour. The two men are linked by a past that will not let them go, and Boyce is brilliant as his character wrestles with his conscience.

The rest of the cast are sterling. Mark Wingett turns in a wonderful performance, as ever, as the corrupt politician, Francis Grosvenor. Ann Mitchell has a short but powerful scene as Corinne’s mother and the estranged wife of Francis. Shona McWilliams is convincing as the girlfriend of Ben Kirk, who has a hidden strength that comes to the fore via a subtle, understated performance. Wayne Norman as DC Richard Price is more than DS Blake’s sidekick or a prop for the film.

With a few shocks and twists in the finale, this is a film that Tiernan and company should be proud of. An impressive storyline successfully executed. One to watch.

Dragonfly is available to watch online now via Vimeo here

I am from South London. I like writing, Jarvis Cocker and beards. I dislike artisan bread, pretentiousness and people who use the word 'Rad'

Latest posts by Mary B (see all)

I am from South London. I like writing, Jarvis Cocker and beards. I dislike artisan bread, pretentiousness and people who use the word 'Rad'
View all posts by Mary B →

PREVIEW: T In The Park