The beginning of the film introduces us to Stones Throw founder Chris Manak, a military brat with a passion for everything music, and manages to capture his youthful fascination with music brilliantly through clips of a young Wolf collecting records and recording music. After Wolf meets an MC by the name of Charizma in 1990, the two begin to make a name for themselves through various demos and live shows, and eventually sign to Disney-owned HollywoodBASIC. While the film doesn’t touch too much on the struggles the duo had with the label (who refused to release the album Charizma & Peanut Butter Wolf had recorded) it focuses heavily on the friendship between the two. Footage and candid interviews with Manak and others close to the two draws audiences in to the world of the San Jose hip hop scene, and establishes the ethos of individuality that Stones Throw is built upon. This all makes the death of Charizma during an attempted carjacking in 1993 all the more tragic. Yet out of this tragedy Stones Throw is born.

The film takes a break between the tragic death of Charizma and the beginnings of Stones Throw to introduce the off-kilter cast of characters who make up this left of centre label’s current roster. This segment does a brilliant job of giving viewers who might not be familiar with the label a snapshot of its anti-etablishment ethos, which conducts its business exactly how it wants to, not motivated by commercial or critical success. A glimpse into the humble beginnings of Stones Throw in a bomb shelter is exciting and inspiring: Madlib smoking blunts while writing beats all day and night, Eothen Alapatt (AKA Egon) pressing records in the front room while Jeff Jank designs the artwork in the basement. At this point the film moves on to tell the story of Stones Throw’s three most well-known releases: Quasimoto’s The Unseen, Madvillian’s Madvilliany, and J Dilla’s Donuts. 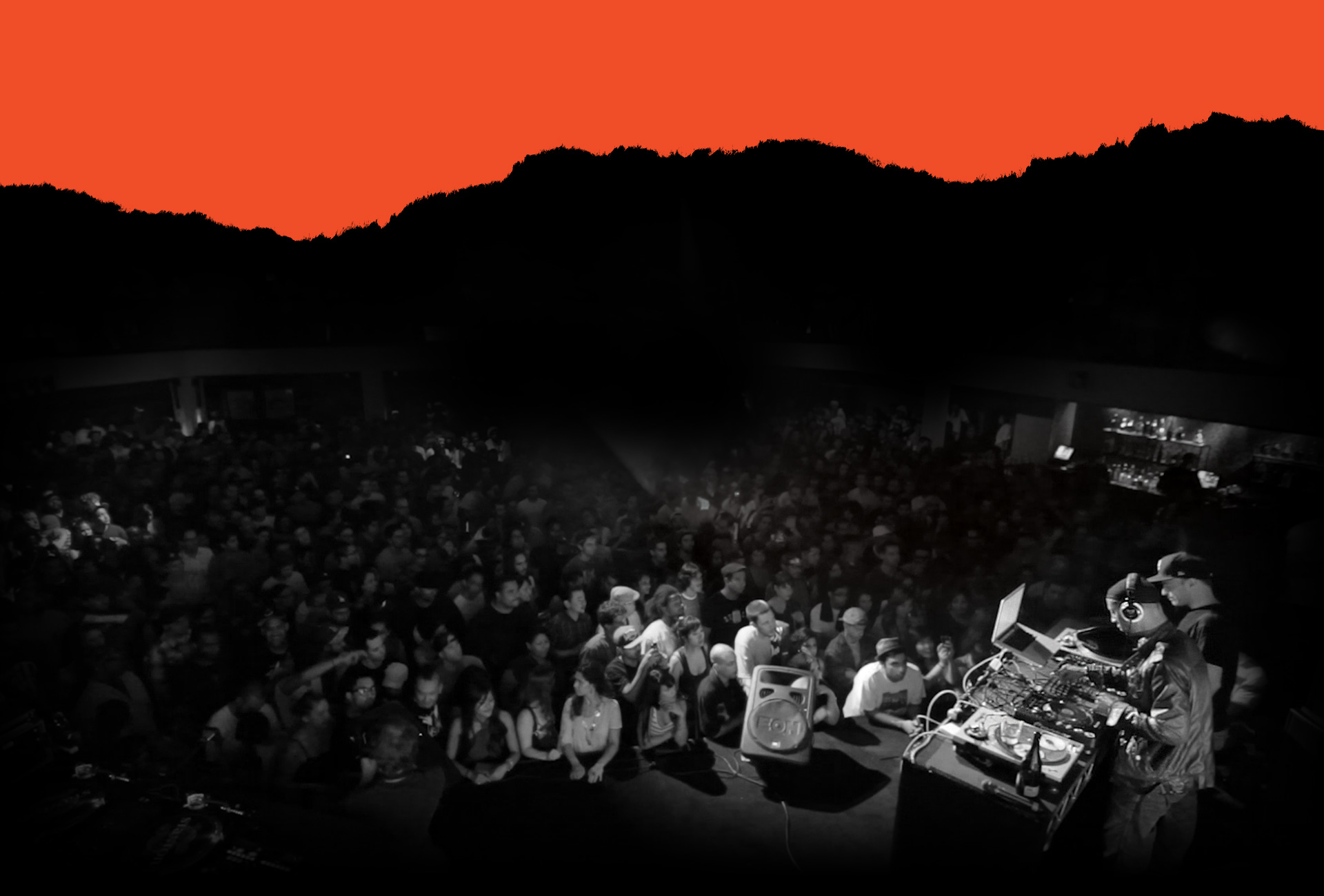 At times, Our Vinyl Weighs a Ton focuses on telling the story of Stones Throw to the detriment of revealing more about the music itself. The section on J Dilla is preoccupied with the sad story of the producer’s disease and eventual death, with little mention of how Donuts was created from his hospital bed. As powerful as the story is, long-time fans might yearn for more insight into the actual process of these albums going from abstact ideas into fully realized compositions. We learn that Madlib conceived and recorded The Unseen after binging on psychedelic mushrooms, but as a fan I want to know how binging on psychedelics led to The Unseen. Those unfamiliar with the label and its music might not notice nor care, however, die-hard Stones Throw fans might be frustrated by the lack of detail into how the creation and production of the label’s classic albums. However, this does not take away from the fact that the film tells an inspiring story of individuals creating art on their own terms.

Along the way, Our Vinyl Weighs a Ton features interviews from Ahmir ‘?uestlove’ Thompson, Talib Kweli, Common, Mike D, Flying Lotus (who once interned at the label), Tyler,  the Creator and Kanye West amongst others. The interviews are not your usual ‘let’s get famous people to say a few kind words’; the individuals who Broadway chooses to interview are genuinely excited and inspired by what Stones Throw has accomplished. The film’s gang of talking heads share anecdotes which include a mix of humour, admiration, nostalgia, and genuine introspection. Tyler, the Creator describes spending hours scouring the internet to find a song he had heard just a glimpse of, only to find that it was a Japanese group signed to Stones Throw. In one segment Kanye West talks about meeting J Dilla for the first time at Common’s apartment in L.A. West describes an otherwise mundane meeting as this grand, life-changing moment. The interviews give the impression that the music Stones Throw has put out have an influence which extends past circles of underground hip hop aficionados and has had a deep influence on artists who are critically acclaimed and commercially successful.

In between all of this intimately presented material are acid flashbacks set to a spectacular original score by Madlib. Zany, psychedelic, and colourful, the animated segues give the film a feel which is as unique as Stones Throw itself. Indeed, the entire, the film is framed by the rise and fall of two of its main subjects: Peanuts Butter Wolf and Charizma’s first foray into the music industry is ended by the murder of Charizma in an attempted carjacking in 1993, while the triumph and brilliance of J Dilla is ended by his tragic death at the age of 32. Just when the label begins to experience success and widespread critical acclaim, their artists branch off and leave the label, leading Stones Throw to reinvent itself. The story of Stones Throw Records is one of climbing to inspiring highs, falling to crushing lows, and crawling from the rubble into reinvention, making for an engaging and entertaining film.