As part of the new Gigslutz series “A First Date with…” we sat down with Blossoms to get to know them a little better. In a bid to keep our options open both Joe and Tom took us out, and we chatted movies, heartbreak and gin…

So, we’re on our first date – where do you take me?

JOE: I’ve taken a girl bowling before… Or a gig’s always a good one!

TOM: That’s a bit loud though isn’t it. I think it just depends on you, we can get free tickets to gigs so we could always impress with that.

Do you go straight in with music chat then?

T: Well only if you’re into music

J: Yeah, if you’re into the same music as me I’d say that or, Pizza Express? 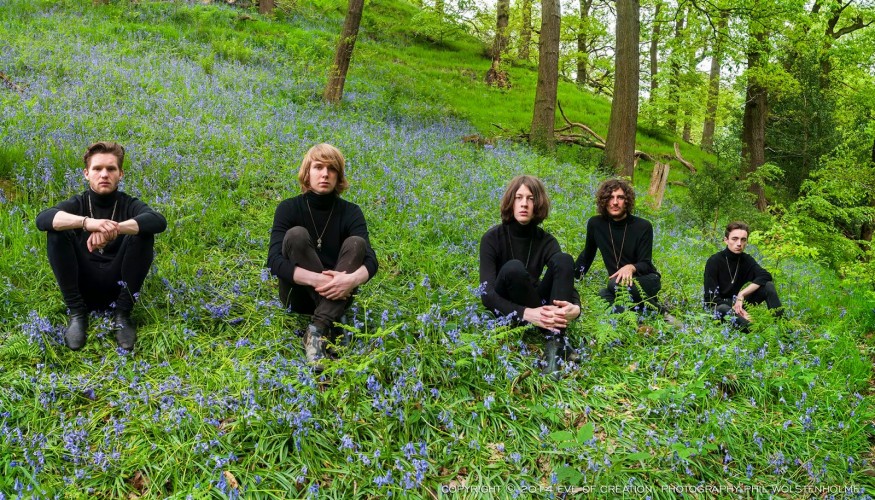 Dutch Courage – what are we drinking?

T: On my first date with my first girlfriend I was drinking gin. Went to the cinema and the guy was like ‘do you want a double for 50p more’ and I had to get one. Ended up pissed for Titanic in 3D.

So what kind of film would we go to?

T: I wouldn’t go for romance usually. It’s too cheesy.

J:  I wouldn’t do comedy because I’ve got a terrible laugh.

Same! That’s us sorted then.

T: We’re hitting it off already! Something like Gone Girl.

I’m in! And how long before I can come to one of your gigs?

T: I wouldn’t even push that. If you wanted to I’d say yeah sure, or if I knew we were playing close by, but it shouldn’t be about that.

So is music an important connection to have?

T: I think so. Girlfriends I’ve had have always had that connection… But then again none of them have gone very well.

When do you start writing songs about me?

T: As soon as you start becoming a muse. They come from a bit of misery usually. If I’m really happy with a girl, I go through a bit of a dry patch sometimes. I find it easier to write songs when things are going a bit shit. I haven’t felt that for a while though…

And with the album then, how much of that is from personal experience?

J: A lot of the ones you won’t have heard yet are very honest.

T: A lot of the older ones – ‘Charlemagne’, ‘Blow’ etc – weren’t drawn directly from me as much. In that vein, yeah, but just feelings that you know disguised in metaphors. But I watched that Amy Winehouse documentary, and all the lyrics come up and I realised how honest she was and decided to give it a go. I think some of the best songs came out of it and people understand it.

What’s next for you guys?

T: Yeah, then the album comes out so that’s going to be busy, and then tour the album, hopefully take it around the world. And then I just need to keep writing. I need to get another girlfriend…

And then fuck it up! So you had a full set last night and you’ve just played an acoustic one – do you have a preference?

T: I enjoy it all to be honest, as long as there’s people watching.

T: ‘Getaway’ sounded good just now but when we do bigger gigs ‘Charlemagne’ always goes down well, ‘cause everyone knows it.

Well thank you very much! I hope we get a second date…

This Feeling Track of the Day : Little Comets ‘Don’t Fool Yourself’