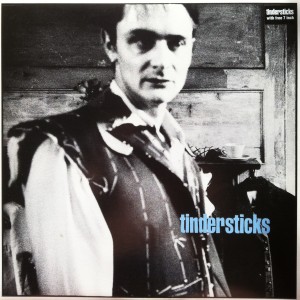 1995 was the year that Britpop exploded and saw the British music scene riding high on the waves of a nostalgic revival. Unfortunately, by this point the movement had become rather self-aware and bloated with swaggering ego. Despite the growing media pantomime of childish name-calling between the two giants of this nationalised genre, the alternative music scene had finally loosened its grip from the gloomy grunge movement of the previous years and was now full with of a sense of Britishness. Whatever that means. Yet despite Blur, Oasis and their like pumping through the stereos in many suburban teenagers’ bedrooms, the charts was still awash with contrived, insipid pop music exemplified perfectly by the likes of Celine Dion and those two fellas from Solider Soldier.

The popular music scene was bleak and if it wasn’t songs about a ‘Gangstas Paradise’, it was Roy Chubby Brown warbling about ‘Living Next Door to Alice’. If you cast your eye over the top 100 songs of the year you can see why it would be problematic to recollect 1995 with great tenderness. Lest we forget, this was the year of ‘Earthsong’ and ‘Boombastic’. Outside of music, the country was still gripped in what felt like a never ending relationship with Tory governments. Politics had not yet evolved into its champagne-swigging-schmoozing-with-rock-stars alter ego; there was still another two years until that would rear its rather unsettling head. The country was run by the man at C&A, man greyer than grey. John Major represented everything that was staid, stuffy and conservative. With the departure of Neil Kinnock as Labour leader, it felt like change would never come.

Although there was a sense of the present-day prevailing in music at this time, it was all beginning to sound the same. Bands looked to the leaders of the genre and incorporated the same schtick in to their own sound. Reassuringly, though, away from all the plastic synthetic backing tracks and faux indie strut, an album was preparing its release on the world. An album of such creative depth and individuality that it should be held in high cultural regard. An album that challenged the musical outpourings of the time by demonstrating that the unnerving pursuit of doing something completely different is always the right thing to do. The second album by Nottingham-based band Tindersticks is pure brilliance.

From the haunting opening bars of the first song, ‘El Diablo En El Ojo’, you sense that this album has all the qualities of a masterpiece. Translated to ‘The Devil in the Eye’, the lead vocal from singer Stuart A. Staples teases and seduces: “I wouldn’t shut your eyes just yet”, he whispers against a background of hushed, skillfully brushed drums, swirling organ and cinematic strings. Staples is a singer of distinction and, with all the lush brooding qualities of Lee Hazlewood and Scott Walker, he draws the listener into his twisted and broken world. A world so bleak and tender it’s hard to escape.

Tindersticks II journeys from soul stirring mystery to intimate melancholy – second track ‘A Night In’ immediately exemplifies the musical versatility of the band. This isn’t a simple guitar and drums set up; there are no trite formulaic song structures in place, no musical references to anything that was commonplace in alternative music at this time. The sound of this album is distinctly different to the retro landscape Britpop offered. As well as taking the listener through a kaleidoscope of moods and atmospheres, the album takes you on a global tour of music. On listening you hear songs and musical motifs that sounds decidedly European, possibly South American, and sometimes you catch the faint notes of eastern promise.

In addition to the international feel of the album, Tindersticks were not afraid to marshal the theatricality of their influences to great effect, epitomised perfectly in ‘My Sister’, a heart-breaking murmured monologue delivered by Staples that recounts the tragic demise of a sibling. From losing her sight at the age of five, falling down a well and breaking her head, before concluding with her premature death, the story unravels against a backdrop of brooding percussion. Whilst musically distinct, Staples’ portrayal of the events is described vividly in a quintessentially English tone, reminiscent of an Alan Bennett monologue.

Of course, the album has other stand out tracks: ‘Tiny Tears’, ‘Travelling Light’ (where Staples duets with Carla Torgeson) and ‘Talk To Me’ all have anthemic qualities that make them memorable high points. Although there are songs that stand out and sound more contemporary, every musical vignette fits faultlessly within the broader musical identity of the album. Each individual element contributing brilliantly to the uncommon beauty and overall tragic themes of the work. In contrast to the memorable vocality of certain tracks, there are a number of powerful instrumental moments on the album, noticeably ‘Vertrauen II’ and ‘Vertrauen III’, two tracks that demonstrate the band’s expertise at creating an atmospheric soundscape; the former sounds somewhere between Ennio Morricone, Dick Dale and Calexico, a haunting musical tapestry, like a movie soundtrack without a film. And it’s this diversity, depth of influence and musical authority that makes this album something much more important than its contemporaries of the time. This album works so well because it is something so perfectly different; an antidote to a sickly malaise.

So perhaps 1995 was a year to remember, but maybe the high point wasn’t five lads from Manchester. It was, in fact, a collection of skilled musicians from the outskirts of Nottingham. Sometimes the people that are the most important don’t necessarily shout the loudest.

Features Slider
for the record Tindersticks

WATCH: Elle Exxe performs ‘Lie To Me’ LIVE in session for Gigslutz