It was the first time I had been to Under The Bridge, a venue which as the name suggests is under a bridge. But this is no ordinary bridge, the bridge in question is Stamford Bridge, the home ground of Chelsea FC.  The man who was tasked with headlining my first ever show at the West London venue was the hugely likeable and always smiling ‘King of Afrobeats’ Fuse ODG, fresh from his victory in the Best African Act category at the 2014 MOBO Awards.

From the off, Fuse lit up the stage alongside his brilliant live band, named ‘The Composers’ and treat the crowd to a host of brand new, unreleased material from his upcoming debut album T.I.N.A, whilst also reminding us exactly why he is one of the most exciting acts to represent both the UK and Africa with his huge chart hits.

Of the new material that was showcased, ‘Letter To TINA’, ‘Bucket Full of Sunshine’ and ‘Over’ were warmly received by the crowd and they certainly gave us a good idea of the kind of sounds we can expect to hear once Fuse’s debut album is released on 3rd November 2014. The highlight of the new material, however, was a huge, catchy, rap infused track titled ‘Beautiful Sunray’, which features fellow MOBO winners Krept & Konan as well as South London rapper G Frsh. Everyone in attendance was left stunned as all three of the collaborating artists joined Fuse on the stage to perform the track live for the first time ever. 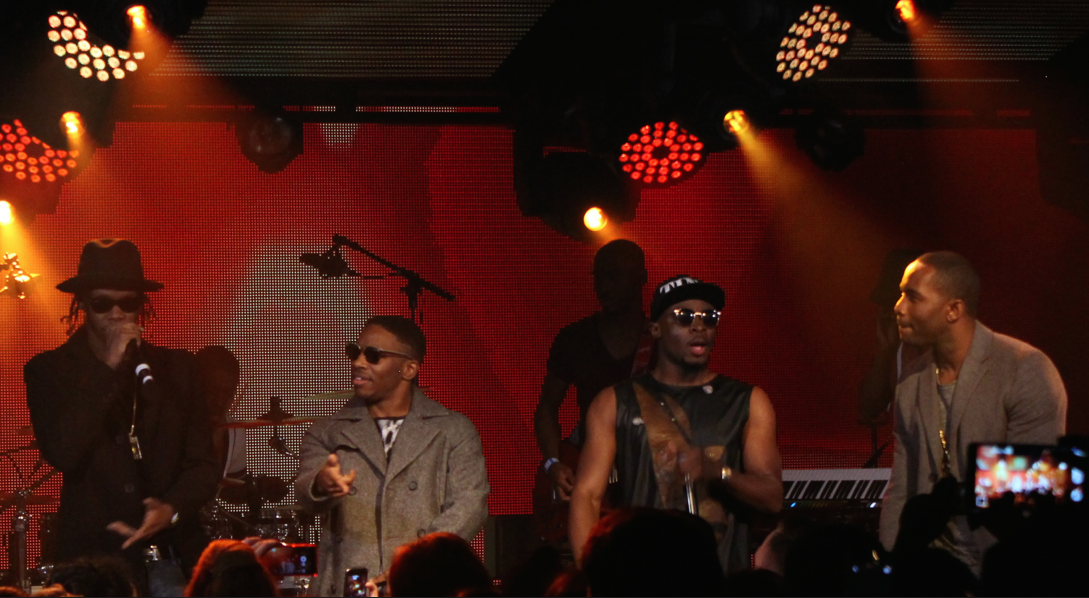 Once everyone had picked their jaws up from the floor after witnessing a stage full of some of the UK’s top urban acts, the main man continued with his spellbinding performance and powered through what felt like his ‘greatest hits’. ‘Antenna’, ‘Million Pound Girl’, and his latest track ‘T.I.N.A’, which saw supremely talented vocalist Angel join Fuse on the stage, laid the foundations and the final track of the evening, ‘Dangerous Love’ ensured the night finished on a massive high as the crowd almost drowned out the sounds of Fuse, such was the volume of their passionate singing. 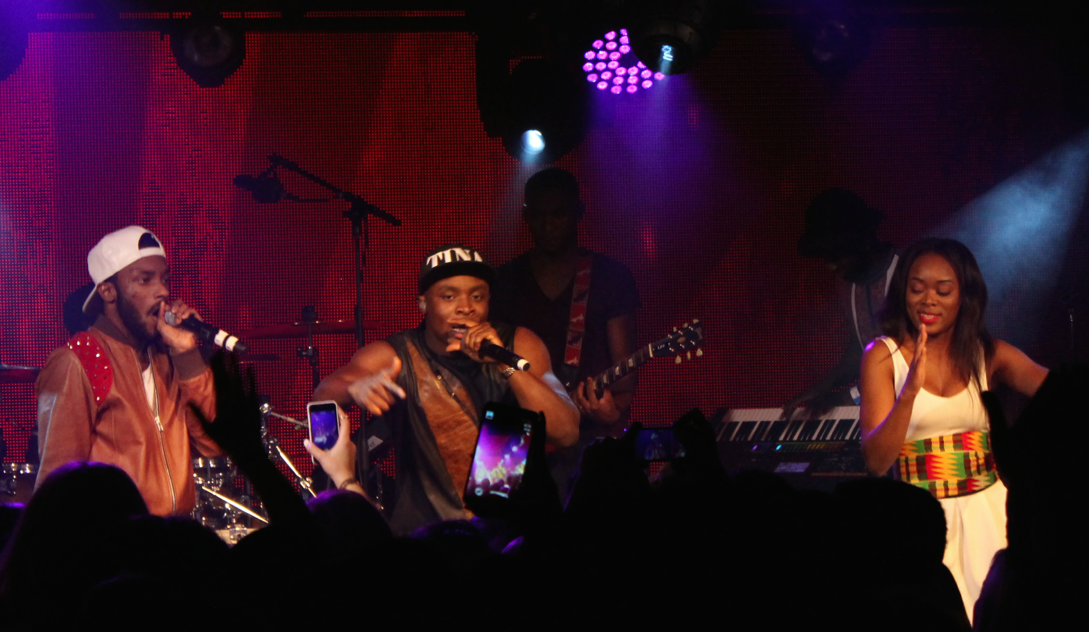 Not one to simply come on stage and sing for an hour and a bit, Fuse was joined not only by his live band and backing singers but also by several dancers at different intervals of the evening. Adding an extra dynamic to the show, the eye catching dancers, who could be seen waving Ghanian flags, were not the only ones to dance on the stage as Fuse, who was joined by Itz Tiffany, performed their track ‘Azonto’ and brought a group of male and female audience members up to join them on the stage for an Azonto-off. Whilst most of the fans who had climbed to the stage were more interested in getting a selfie with Fuse than participating in any form of structured dance off, for what it’s worth, the girls definitely won; although some of the “dancing” from the boys was genius. 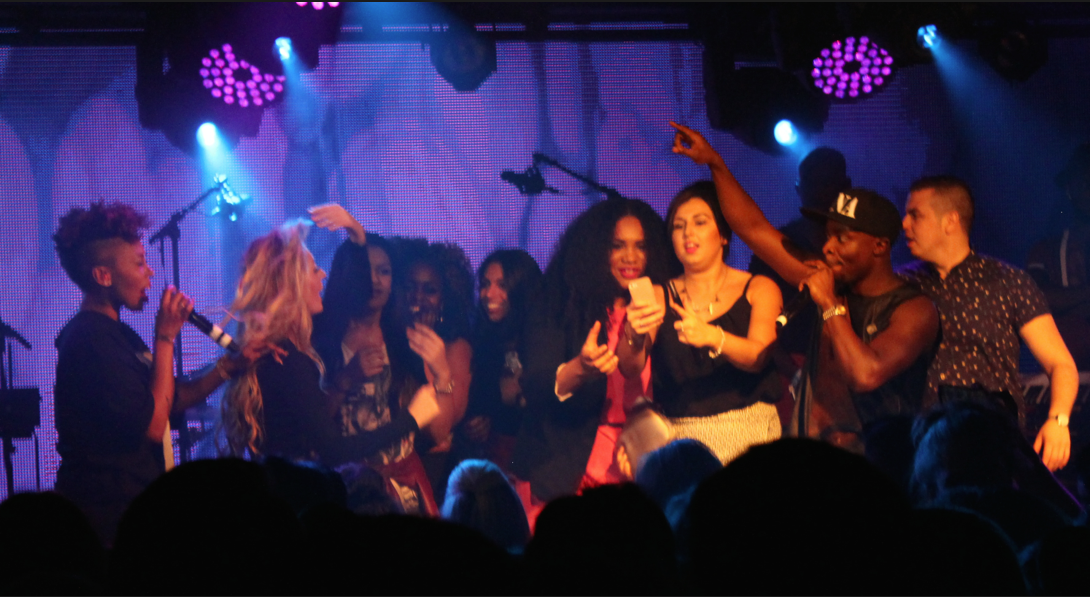 Whilst Fuse ODG’s success has come thick and fast and his rise to fame has been fairly rapid, he remains incredibly humble, stating that he “feels so accepted for who he is” and he is sticking firmly to his path of ensuring that the world sees a ‘New Africa’, one that is rich with vibrant and talented people across all industries. In my interview with Fuse recently, he said that he wanted to “change people’s lives through music” and on the evidence of this show, he is well on his way to achieving that feat. 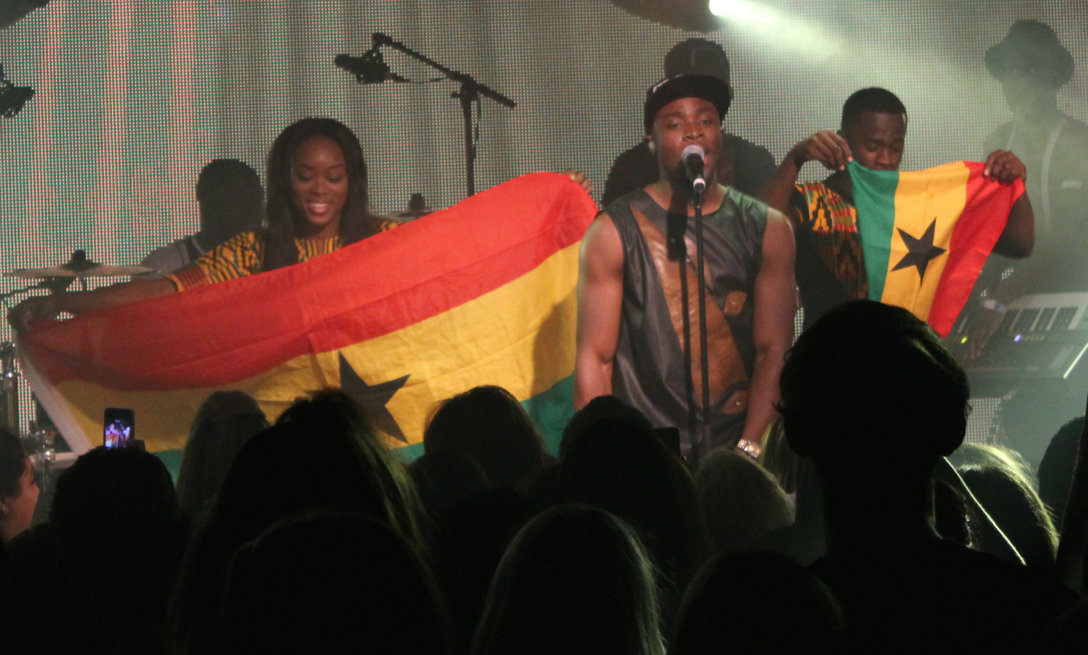 With his debut album out on Monday 3rd November 2014 and available to pre order on iTunes here, Fuse ODG is an artist who you will be hearing a lot more from during the rest of 2014 and it will be almost impossible to avoid him in 2015, so make sure you support his vision of the New Africa as it really is something quite special.