Following the release of his brand new mixtape ‘Lost Souls’, Matt Tarr caught up with Coops to discuss the new release, supporting Nas at the O2 and the impact of US Hip Hop on the UK scene.

MT: The first single to drop from you was ‘Blessings’ featuring Rexx; tell us a little bit about the track and the video.

Coops: That was a track that I wrote in one of those ‘three in the morning’ zones. I was just in the studio by myself and my producer Talos sent over the beat and I just zoned into it. I don’t know where the blessings concept came from but I had the tune sitting there and I was like ‘nah this needs someone else on it man’ and me and my friend Rexx, who I’ve been rapping with for a long time cos he’s one of my friends I’ve grown up with and I just knew that he’d bring something to it that it needed, so I got him in the studio and he came and killed it. My manager/video director Capone shot the video with a couple of other directors that helped him to work on the treatment and stuff like that. The video was working with that concept of lost soul and being in limbo and stuff like that which is why you see me sideways and upside down and kind of playing with reality in a sense, visually. 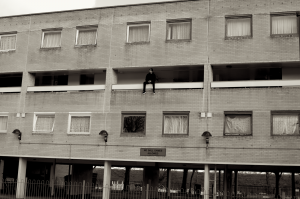 MT: It’s a really creative video and for me, personally that’s something that you’re fast becoming known for as previous tracks like ‘Fruit Punch’ have also been given unique visuals. Is this something that you are looking to keep up and are you going to keep the talented Capone involved?

Coops: Definitely, Capone is part of the team, part of the foundations. Creativeness in the videos is something that we can aspire to keep up because of the fact I feel that that’s what the scene needs. Everyone was getting a but generic and doing the same thing like ‘oh yeah we’ll get some girls and splash some dough and get a little penthouse’. There were typical themes that were starting to make the scene quite stagnant

MT: It seems that other artists are starting to notice that, for instance, G Frsh recently had a very creative and artistic video for ‘Falling High’ which has gained a lot of positive recognition and as you’ve had these creative visuals for a while now, I’m sure it will only enhance the success of ‘Lost Souls’. As the album has just been released, what can people who aren’t familiar with your music expect to hear.

Coops: You can expect something refreshing to your ears from a UK artist releasing material, something new with a lot of deep concepts hence the name ‘Lost Souls’. The album is capturing what’s going on in the world right now, in society and around me within our culture. You’ll hear raw, organic, authentically grown hip-hop music from start to finish. I didn’t want to get influenced externally with what’s going on now with people trying to be a pop artist.

MT: Is maintaining artistic integrity and not ‘selling out’ and making more pop-sounding tracks something you consciously think about when making music?

Coops: Possibly. Sometimes when I hear something I think, ‘oh I don’t wanna sound like that or go down that route’ but it’s not something I have to think about consciously every time where I make sure I don’t write this or that because I feel it just comes naturally to me. I’m not trying to replicate a sound, it’s just the sound that me and my producer have grown because on my first mixtape ‘What Do You See?’, there were a few tracks on there that were cover tracks like J Cole ‘Who Dat’ or Kendrick Lamar’s ‘Swimming Pools’ and stuff like that and it was kind of showing that yeah I can make a transition to that kind of music but at the same time that’s not the foundation of where my influences lie so on this tape it’s more raw. I tried to stay away from those sorts of influences cos when I listen to my first tape I feel like it could’ve been nice if those tracks weren’t even on it possibly.

MT: Back in 2013, you won the Choice FM Breakthrough Act award and a support slot opening for Nas at the O2. How do you feel that has impacted on your career so far?

Coops: I think it was good because now when people say ‘oh your a rapper, but what have you done?’ and they backtrack on the rap CV, there”s something solid on it for them to see that I opened for Nas, so I must be doing something right. It gave people something to talk about and was a boost to my confidence. Going up on stage and knowing that I got picked out of 500+ people to do it cos they thought I was the best for the job meant a lot to me. Nas is someone that I look up to as a musician and it was a privilege to support him. 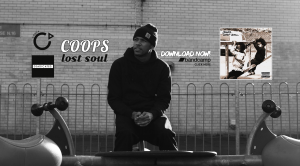 MT: You mention Nas as an influence to your music but are there any other artists who you have influenced the sound of your music or how you write?

Coops: Eminem on his early album ‘Infinite’. It’s really raw and you can tell it was made on pennies rather than lots of money. Anyone who has different rhyming patterns and are different with the structuring of their songs rather than just 16 bars and a 16 bar chorus I listen out for. I like music that flows in quite a unique way and I try and incorporate all of that. Kendrick Lamar is quite good for the structuring of his songs and keeping it versatile and flowing. I can pick out different bits from different people but there’s no copying or anything like that or me thinking ‘I like that so I wanna do it like that’, I just appreciate it.

MT: You mention Eminem as an influence. Do you think the success that he has had recently with the demand for tickets at the Wembley Stadium shows and the success that Dr Dre has had selling Beats by Dre to Apple helps to support the UK hip hop scene or do you feel that US artists getting that huge media attention over here means that people are focussing on the US scene and forgetting the UK possibly?

Coops: I feel like as UK artists, we’ve always looked over at the American scene for inspiration as they are the father of the scene. It’s so big and we aspire to grow in the same way that their scene has grown and I feel like the scene is growing now. We’ve seen garage become grime and then a transition where some grime artists started rapping on their tracks and slowly now there’s more rappers trying to rap and now the bouncy rap has come up and trap came up, so we’re just a little bit behind but the scene is gonna grow. I don’t think the success of US artists stunts it; I feel like if anything it inspires us as we see the success of people across the pond, making sick entrepreneurial moves and selling out over here, so why not try to do it ourselves and go over there and sell out in the US.