We’ve witnessed some cracking reunions over the last couple of years at Gigslutz. From the Stone Roses proving any doubters wrong to Happy Mondays wowing us with their Bummed tour we’re yet to see a bad one. Next in line is the reunification of Manchester legends Northside. Gigslutz caught up with frontman Warren Dermody to get the craic on their forthcoming reunion tour…

Hi Dermo, how are you? Where can we find you and what are you up to today?

Buzzin’ mate! I’m in our practice room on Oldham St. Just had an ace rehearsal with the lads, sounding top!

Class! So can you fill us in on whats been happening with yourself since the halcyon days of Northside MK1?

Done a lot of travelling. Writing loads of lyrics and song ideas over the years. Watching live bands all over the world. Did a couple of online radio shows featuring signed and unsigned bands. Been DJing a lot too. Keeping it musical and pretty much living the same lifestyle I’ve always done. 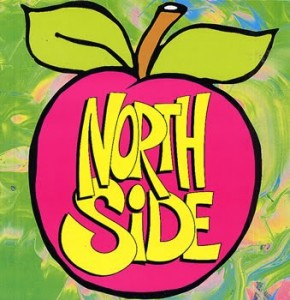 Whats the thinking behind getting the band back together?

The original line up was cut short in it’s prime, time to fulfil our true potential. Wanting to rerecord and then release our second album of demo’s that we have. Look forward to writing and recording new material and to eventually play in all the places where people want to see/hear us would be ace too. We have a very strong loyal fan base that we love dearly.

Looking back at Northside first time around, what are you highlights of that time?

Loads, but releasing our very own single (Trip/Moody) was probably the highlight for me. Looking out into the audiences on our first tour and seeing/hearing them sing back every word of the songs. Then there was our debut gig at The Boardwalk, any of the gigs in Scotland we did. Playing in New York as part of the Hacienda’s ‘From Manchrester With Love’ tour. Touring Japan, Playing Elland Rd with The High, La’s, Mondays etc. Playing Wembley Arena as part of the Brit Awards. Signing to Factory Records. Oh and blowing the PA three times in Northampton when we started with ‘Trip’ and the crowd was bang into it. Loved it! 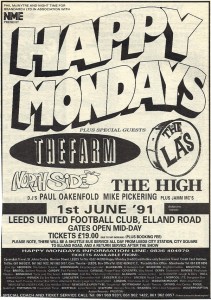 Amazing! Do you have a particular funny story you can tell us of those days?

Radio 1 thinking they could stop us from playing ‘Shall We Take A Trip?’ at the Brit Awards (as it was a live broadcast and they didn’t want any references to drugs being aired) So of course we started with it and 15,000 people rushed the stage and sang every word back at us!

Haha! ‘Shall We Take A Trip’ is still a popular song today, a lot of the time with kids who were not born when it was released. You must be immensely proud of that. Why do you think that it stands up so well?

Yeah, very proud. A great song never dies. It’s immediate and a dead catchy chorus. It’s got lyrics that have depth and are easy to relate to. Tight funky drums, lethal guitar and a killer bass line!

What was your reaction when it got banned off radio? Were you aware that it might be when you were writing it?

Mixed. Obviously because of the ‘L-S-D’ bit I thought there might be the odd raised eyebrow. But I honestly thought people had open enough minds to handle it, it is only a song at the end of the day. It was wordplay for me, name checking references to ‘tripping’ such as, ‘Time means nothing, I can smell the trees.’ I like writing lyrics with an under current. John Lennon wrote ‘Lucy in the Sky with Diamonds’ – LSD, so I wrote, ‘Answers Come In Dreams’ – ACID. Of course I’m not comparing myself to him, just giving an example. Part of me was chuffed cos I’m a punk at heart and being banned turned me on. At the same time, I wanted everybody possible to hear it, well at least the cool kids anyway and I suppose they all did so jobs a good un.

Do you still keep an eye on the Manchester scene and are there any bands there who you like?

Always got at least one eye open, even when I’m asleep. New Manc bands floating my boat at the mo are, Y Key Operators, Purple Heart Parade, Danger Acid and Juvenile Child.

And what about music in general, do you see a major shift in the way bands are nowadays from when you started?

Not really, I mean, a great song / band will always stand out from the shit. Maybe the way it reaches people these days is different (internet, downloads etc etc). But there’s always been and will be top music around if you keep your ears, mind and eyes open. Get out there and discover what’s happening.

So you have a tour starting, what can we expect from that?

Musically, the tightest and best we’ve ever sounded. I mean that, if you could hear what I’m hearing in the rehearsals, you’d have no doubt too. At the gigs we’ll be playing all the old tunes, a couple off the unreleased second album and maybe something entirely new from the jamming we’ve been doing. We’ll see. We have always wanted and still do, for the crowd to come and enjoy being at our gigs as much as we do. I’m sure they will.

And can we expect another album or any new recordings?

I was born with a plastic spoon in my mouth.

Cheers Dermo! Northside will be playing the following tour dates:

Interviews
interview northside shall we take a trip take 5