The next MC in our LOTM6 Q&A takeover is Birmingham’s Invasion Alert member Hazman. Being part of one of the most successful grime collectives to explode from the scene in recent years has given Hazman an idea of exactly what he can expect in being part of LOTM, with members Jaykae and Sox having appeared in previous versions. Having been making grime for over five years, his clash against Manchester’s Dorris was the perfect springboard to ensure more people were aware of his releases, as long as he won the clash, which I’m sure Dorris will dispute…

Hazman: Not 100% sure, it could’ve been someone from my crew who told someone else, but I know a lot of people have been hearing my bars and saying stuff to certain people and the message just got around basically. I think it could’ve been Sox or maybe Jaykae or one of them but I’m not too sure.

MT: Your clash was one of the ones that was recorded live on stage; it must’ve been quite surreal being in a live LOTM clash.

Hazman: It was a good turnout and a good platform to get onto. The atmosphere was good and I had a lot of people giving me positive feedback afterwards. I was a bit nervous obviously but it was natural and I just got it done; it felt good after! 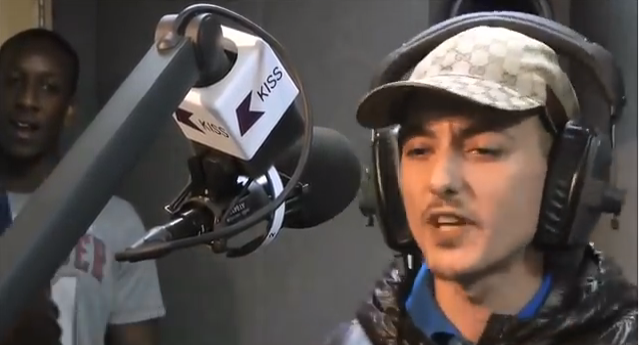 MT: Have you been involved in clashes before?

Hazman: I’ve done clashing before but it was years ago; I’d say over five years ago when I started doing grime. I’ve always had the attack bars there but it was only recently that I got asked to do this so I thought “yeah why not, I can still do it”. I’ve been doing songs and normal lyrics about life and not so much dressing people but I still had it in me.

MT: Do you feel that Birmingham has been represented well in previous LOTM editions and do you feel there are more artists who can come through and make a name for themselves?

Hazman: There’s a lot of talent in Birmingham. There are a lot of names who could be on the DVD or whatever as there is a lot of talent, but I dunno man you have to dig a bit deeper and learn the history cos I think certain people should be on there but they might think it’s too late for them. Some people live normal lives as well and have got a lot of things on the agenda; they can’t just drop something and go straight onto a music project. Some people have got talent but haven’t got the time.

Hazman: I remember a lot cos I remember Ghetto vs Napper, that’s when Ghetto was proper fiery and I enjoyed that clash. Obviously Wiley vs Kano was the legendary one; used to love Kano back then, he had the bars and the skippy flow and was one to look up to back then, not saying that Wiley wasn’t but Kano was more lyrical. Favourite clash though…I’d probably pick Wiley vs Kano because that was the legendary one that people remember.

MT: What can we expect to see from you following on from LOTM 6?

Hazman: A lot of positive music, my CD is coming out soon. I’ve got a lot of work to be done but it will be done soon. I’ve working on two CDs and have a lot of collaborations to come out. You ain’t really gonna hear a lot of clashing bars, just real life bars, unless I have to. It’s gonna be a better approach to music and not just a load of hype.

With his Verbal Abuser mixtape set to be released shortly, keep your eyes on Hazman as he is set to do big things in the coming months. To keep up to date with all the latest from Hazman, follow @hazmaninvasion on Twitter.