Why hello cherished reader!  I see that you managed to survive ‘Black Friday’ and ‘Cyber Monday’, perhaps even throwing in ‘Slut-Drop Saturday’ and ‘Sea Life Centre Sunday’, you mischievous devils!  Anywho, provided your RBS/Natwest bank cards are working and unlike me you’re not having to ration the last of the cheese on toast and Malbec, let’s see where you could and should be this week.  I warn you now, it’s a very eclectic bunch…

Probably coolest musician in the world right now, just look at those coffee table book-esque videos.  The even better thing is that his music is actually sublime, combining the best elements of mod with a kind of T-Rex edge, creating a modern sound unheard elsewhere.  And even with the cool factor, still looks like you could definitely go for a beer with the bloke.  So before he gets so big you have to sell a kidney to see him, swing by his homecoming gigs in Liverpool this week.

‘Remember the spirit of 88?’ is the opening line from this Liverpool collectives SoundCloud site.  I was too young, but I am absolutely willing to take these guys’ word for it.  Apparently we’re meant to think ‘808 State meets Doves’, but rather than ascribe comparisons, I like to think of them as the first band in a long time that you can properly dance and party too, with the added benefit of not sounding like some sodding weird German techno rave like all the chart kids.  So have a read, have a listen, then grab your baggies and support the house revolution!  Warehouse rave optional but recommended.

Staying with the old school dance vibe, the legendary Fac51 Hacienda are touring some of their finest DJ’s, celebrating a magical time in British dance music and popular culture.  Kicking off in Preston with collective legends Greg Wilson (whose mix I’m listening to now, so funky I’m starting to split infinitives) and K Klass (Rhythm Is A Mystery allowing me to display my finest air keyboard skills), this is going to be an amazing night!  It’s also really decently priced entry, very much in the spirit of getting everyone together to party.  Not to be missed!

Hacienda will be at Rumes, Preston on 7th December

Happy Mondays have been on the road over the last fortnight playing their magnificent Bummed album in full. Playing songs such as ‘Country Song’, ‘Moving In With’ and ‘Bring A Friend’ live for the first time in years will be a special treat for all Monday fans. This week the tour rolls into Liverpool and you can catch them at the 02 Academy on Saturday 7th December. Not to be missed! 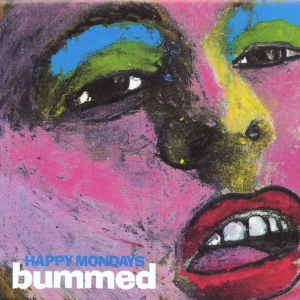 A wild card I now, but go with it…Electric 6 emerged on the back of the rather novelty Danger High Voltage and Gay Bar in the early noughties, throw away some said – not so.  Since then, they’ve gone on to release a tonne of albums, all with a tongue in cheek self awareness, strong lyrics heavy on political irony, and more genre meshing than you can shake a stick at.  Having been a couple of times myself, I can guarantee good fun.  If you like to have a dance, sing along melodramatically and laugh a lot, this is for you.