The book will be published in spring, with various digital activations and events throughout the anniversary year.

To celebrate the 75th anniversary of London’s iconic 100 Club, Ditto are collecting anecdotal stories from  the venue’s history.

The 100 Club launched in 1942 as the Feldman Swing Club, regularly hosting GIs during the war, before going to host jazz stars in the 50s including BB King and Muddy Waters. It was in the 70s, however, that it became an iconic venue for the punk scene, “the 100 Club Punk Special” welcoming the Sex Pistols, Siouxsie and the Banshees, The Clash, Buzzcocks and The Damned into the venue.

With such a rich history comes endless stories, from musicians, to bar staff, to customers, and 100 Club want to hear yours.

Ben Freeman of Ditto says: “I believe that live music is vital to British subculture and I’m delighted to be supporting it in any way that I can. Expected a lot of rare images and stories from everyone from Current 93, Crass and Siouxsie Sioux to Howling Wolf and Muddy Waters.” 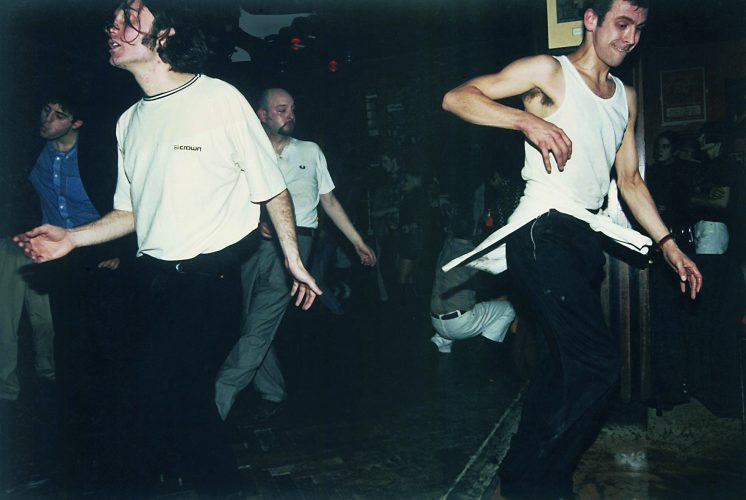 Dancers at 6Ts Rhythm and Soul All-Nighter, by Elaine Constantine

Jeff Horton, 100 Club owners says: “Music brings people together from all walks of life, and I feel very lucky and incredibly proud to say that The 100 Club has played a special part in the development of the British music scene for the last 75 years.

It might be my name above the door, but this club is owned by everyone who has ever come through the doors, from the acs on stage, the crew and staff to the kids bouncing up and down on the dancefloor. I’m simply the guardian for the next generation.”

If you have a story to share, email it directly to stories@the100club.co.uk

This Feeling Track Of The Day: Pale Waves ‘The Tide’