Ahead of the release of their widely anticipated album Nobody Wants to Be Here and Nobody Wants to Leave, Gigslutz had a wee catch up with James Graham from The Twilight Sad to chat about what to expect from the new album, Scottish independence and life on and off the road…

Morning James! The tour is just about to kick off, but where are you today?

I’m in Glasgow. I’m going out for a drink tonight, then going to my parents’ house in Banton for the rest of the weekend to relax and watch some shite TV before we start touring.

It’s wherever you want that place to be. I think we’ve all been in that situation, or place or relationship or job, where we’ve not wanted to be there but can’t bear to leave due to the thought of the unknown. I grew up in a small town: all you want to do is leave that place when you’re younger, to go out and experience the world. As you get older you always find yourself being drawn back to the place where you grew up. I also think the title related to people being in horrible situations and being scared to do things, which means they accept the situation they are in and never experience life outside their little bubble. Small town mentality can be a horrible thing, but there’s really special individual things about some places that draw you back and make you love the place.

How does the album compare with No One Can Ever Know in terms of its sound and style?

No One Can Ever Know was a very insular, synth-driven record, whereas our new record is a bigger sounding record and the synths aren’t as prominent. There’s still synths on the new record, but it just feels like we’ve opened that whole sound out and there are more guitars on this record. I think we learned a lot from No One Can Ever Know and we needed to make that album to move forward and explore new ideas. Nobody Wants to Be Here and Nobody Wants to Leave feels like we’ve learned from our previous records and taken all those influences along with some new ones into the recording and overall sound of this record. We never planned that, we always just do what comes naturally, but after finishing the record and listening to it I can hear that.

You guys have a very Scottish sound (and rightly so), with Graham’s thick accent and folk elements to the music. Who have been your main inspirations on the Scottish music scene?

Arab Strap and Mogwai were my main influences when I was growing up and they still are. Also the label Chemikal Underground had a big influence on me, as they released some of my favourite albums. Not only did they release Mogwai and Arab Strap, they also released music by Areogramme and The Delgados, who actually own the label. Chemikal Underground are still releasing important music by new artists like RM Hubbert, The Phantom Band and Holy Mountain, so they are just as important now as they were when I was growing up. I’d also say that Mogwai’s own label Rock Action has been very important to the Scottish music scene and continues to be. Not only do Mogwai now put their records out on the label, but they have been releasing music by some of my favourite Scottish bands such as Errors and Remember Remember. 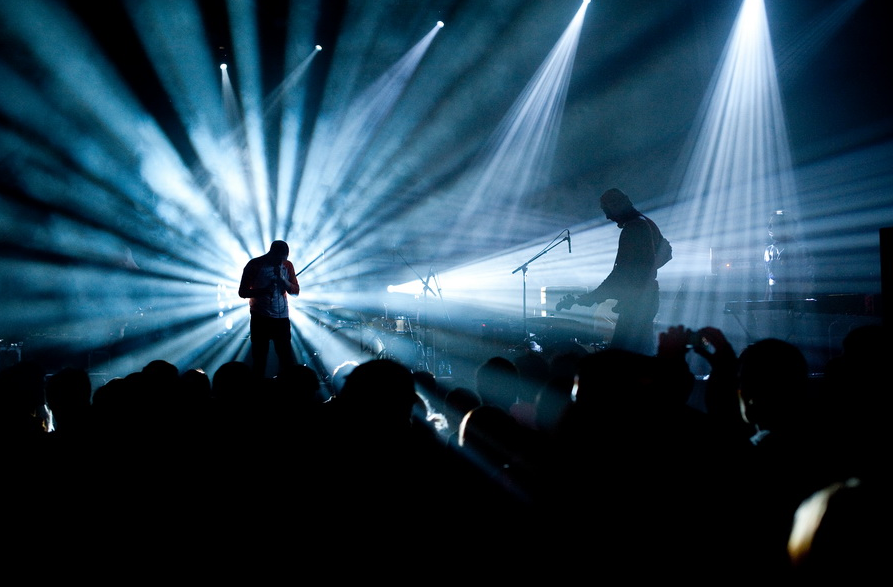 What have you been listening to recently?

You have said in an previous interview that you aren’t that vocal about your opinions on the Referendum, but how are you feeling in the aftermath of the (very sad) result?

Let’s just say I voted in North Lanarkshire and I live in Glasgow, so that might explain how I was feeling after it. I was disgusted at the events at George Square the night after the referendum. That had nothing to do with whether you were a ‘Yes’ vote or a ‘No’ vote. Those idiots were just looking for any excuse to cause trouble. I was ashamed to live in the same country as them. Like I have said before though, no matter what the outcome of the referendum is in September, be it a ‘Yes’ or a ‘No’ vote, we need to accept the decision, move forward together and do the everything we can to make Scotland the best it can be. The referendum has got a lot of people involved in politics and a lot of people want things to change. I’m excited by that. We live in amazing country, we should never forget that. We just need to do our best to make sure its a great place for everyone to live, the rich and the poor.

After the 1979 referendum, the Scottish art scene seemed to channel a lot of its frustration into cultural activity. Do you think music can have a political voice?

I’m just going to carry on writing music the way I always have. I don’t plan to write a song a certain way. I just do what comes out naturally. I think there is a place for politics in music, but it has to come from the right people who know and believe in exactly what their message is. I’m always frustrated, I’m a moany bastard. You just have to look at our back catalog to hear that. Whether if it was a Yes or No vote, nothing was going to change that.

You’ve played a few dates of the UK tour so far, and it all kicks off in London on the 6th October for a few UK dates, then onto the US. Do you enjoy life on the road?

When we started touring around 2006/2007 I didn’t really enjoy it. I didn’t know what to expect. I missed home and felt a bit lost. I always enjoyed the gigs though. As I’ve got older, I’ve started to really enjoy touring and I feel a bit stupid about the way I felt when we first began. I think it’s because I now know what to expect from touring. We now try to fit in as much sightseeing as we possibly can. I also really enjoy meeting people who like our music from all walks of life, without them touring wouldn’t be possible. Touring is a bit like a drug to me these days: when you get back from tour you’re tired and need some time away from it, but then after a few weeks I miss it and want to get back on the road.

You’ve got nearly two months over in the States touring. Is your music quite well received there?

North America was the first place we ever toured. We played three gigs in Glasgow in three years, then got signed by FatCat, and they sent us over to America to tour our first ever EP, which was a North America only release. I’ve always loved touring over there, the crowds are great and the people are really enthusiastic. I think the tour is the 15th or 16th time we’ve done over there.

Once you’ve finished with America, you’re back to your home crowd of the mighty Glasgow. Artists often comment on Scottish gigs being the best to play due to the receptive audience, but do you find this even more so because its your home?

Glasgow crowds are amazing, even bands that aren’t Scottish say that. When we play Glasgow it feels like the crowd are on your side right away and willing you on to play the best that you can. I love living in Glasgow and I can’t wait to play the ABC. A Twilight Sad Xmas gig seems to be a bit of a tradition now. I like that. I just hope the weather is OK.

View all posts by Caitlin Cummings-Duffy →