This year saw Welsh band 9Bach releasing their second album, Tincian, whose delicate yet deep and inventive sound has brought them a new level of adulation and a more mainstream audience. After their mesmerising Sunday afternoon set on the Mountain Stage at Green Man festival, guitarist/percussionist Martin Hoyland took the time to talk about the mix of elements running through their music, how they were inspired by working with Aborigines in Australia, and the common English misconception that the Welsh language is just there to scare us when we walk into a pub. Frontwoman Lisa Jen also dropped in towards the end to answer my questions on the origins of her unique style and her personal journey into the world of folk songs.

How has your festival been so far?

How many times have you played the Green Man, and have you been on the main stage before?

Christ, I can’t remember… we did the one in 2005, which was in Baskerville Hall, and then I think this is our fourth time here: a couple of times in the Far Out tent and a couple on the Mountain Stage.

Does it feel like a home crowd when you play here in Wales?

Well, geographically it’s not really a home crowd because we’re North Wales based, about four hours away. And it doesn’t feel much like a Welsh audience here, I must admit, because I think a lot of people come from London and England in general. But the Green Man does feel like a home crowd for us, because we started here with our first ever gig – we actually formed the band to play Green Man – so we love to come back and play. We’d come as punters anyway though, because we love it here.

Your latest album, ‘Tincian’, seems to have gained you a bit more mainstream attention – how have you found the reaction to it, from both fans and the media?

Yeah, it’s been interesting, because we’ve had reviews in what you would definitely call mainstream music press. And broadsheets, Radio 2, even the Financial Times – who’d have thought that!? So it’s been pretty much across the board which has been great. The feedback from fans has been brilliant, on facebook and stuff, and I think we’ve already sold about four times as many copies as the last album we put out, so that’s got to be good.

Have there been any unexpected delights or disappointments as things have got bigger for you?

The whole experience has been quite unexpected. I think the reaction in America has been totally amazing. We’ve been on national radio and sold quite a few albums over there. I think the Radio 2 Folk Show [live session] was also very unexpected. Because if you listen to the Folk Show on Radio 2, it’s very “folky” – and although our first album was all folk songs, you wouldn’t really say we’re very folky in terms of our sound. That’s what used to hinder us in the past: we were a little bit folk, a little bit world, a little bit dub, a little bit indie, and all these different festivals and gig bookers wouldn’t give us a gig because we weren’t enough of their thing. Now it’s gone completely the other way, we seem to be able to appeal to all those different genres – we’re just us, which is different and definitely good.

Where have you toured the album this year, and have you found the reactions from the public in different places have varied?

We’ve toured the UK, obviously, and we’ve been to the Czech Republic. And we’re off to Vietnam! Which is a funny one, isn’t it –  it’s a festival, the Monsoon festival. But yes, it is different in different places; the reaction in the Czech Republic was incredible – we got a standing ovation. It was an amazing festival on the site of an old chemical steel works. We got there a day early as we wanted to check it out – John Grant and Robert Plant were playing. We thought we’d just find our tent, and we had the site map and we were where we thought it was but we couldn’t see it, so we asked someone and they pointed to this big gas container. We were like, “What, we’re playing in there?!” So with some trepidation we walked in and inside it was an amazing venue, a multi-purpose arts theatre, and the reaction was probably one of the best we’ve had so far – it was brilliant. 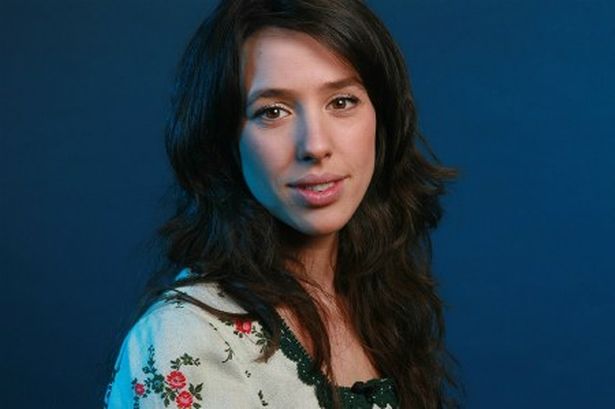 You’ve mentioned before that Super Furry Animals’ ‘Mwng’ was an inspiration to you in terms of opening up Welsh language music to a wider audience. Are there any other, maybe less well known, Welsh artists or albums that you’d recommend for our readers?

I would say Gareth Bonello, the singer with The Gentle Good. He’s a guitarist and singer, who is brilliant. Going back to the ’60s and ’70s, Heather Jones was a fantastic guitarist and singer with her band. Then there’s Meic Stevens, I’m sure people will have heard of him but just in case you haven’t, check him out. Then I’d say Colorama, they’re a modern band.

Do you all speak Welsh at home, and do you think it is important to?

Well, I personally come from a place in East Wales… called London. Ha! But yeah, I’ve been living in Wales for eight years, and I’m learning Welsh, and I only speak Welsh to our children who are six and four. Lisa grew up only speaking Welsh until she was nine. She has to think hard to speak English sometimes, especially when she’s onstage and she’s getting lost in the Welsh, which is her first language. I think there’s a lot of – and it’s no-one’s fault, but – ignorance of the Welsh language. People don’t realise it’s it’s actually a living breathing thing and that people get up in the morning and speak Welsh, they send their kids to school and it’s all in Welsh, go to the shop and get their bread and milk in Welsh. It’s not just something people do to scare the English. Like the myth: “Oh we went to Wales and walked in a pub and they all started talking Welsh”; they were talking Welsh before you walked in – they’re not doing it just to make you uncomfortable!

So you’re not all from the same place – how did you get together?

We call it the Bemusing Triangle, because Lisa and I are in North Wales, Esyllt and Dan are in Cardiff and Ali and Mirain are in London. I met Lisa in London (we’re now husband and wife), and funnily enough the band started in London. We added Esyllt, who we met on holiday, then it grew from there. We rarely manage to get together really.

Hi Lisa! There are quite a few old folk songs in your repertoire; did you start by performing versions of traditional folk songs and work outwards from there, adding your own spin on things, or did you start out writing your own material and find your way back to incorporating the old tales?

Lisa: Well, I was never really into folk music, as such, but then I had a really inspiring tutor at drama school who used to teach us the folk songs and the hidden meanings in them – saying, you know, these stories are dark, this is about death or betrayal – and that clicked something in me and I thought “Wow, this is amazing – these stories!”. But then, there is a thing called the Eisteddfod, a big Welsh language festival which is competitive, and I would enter but they’d always say, “Well you’ve got a lovely voice but you’re just not singing these songs the way they’re meant to be sung”, which was very off-putting really.

Martin: Then, one day, I was just washing up and I heard her singing this song, and I asked what it was and she said “Oh it’s just an old folk song”. And I was like “What? Just?!” so I started putting some music to it and then that’s how the band formed, and in a way that gave her the voice to sing those songs how she bloody wanted to sing them, without being told they were wrong or whatever. So that was our first album, and then with the second album they’re all original songs apart from one, but we tried to keep them in that storytelling tradition.

Lisa: We still get disapproval from within Wales because we’re not performing the folk songs “properly”, but it is ridiculous. I am keeping the melodies and the words, I’m not fundamentally changing the song, so I am still performing them as if a cappella but with bass and drums and dub alongside. Culture is an evolving thing, it needs to be. In Wales I think that we as a people tend to close off, we don’t open out our language and our culture and our stories to newcomers and outsiders – and we’re wrong!

In terms of writing, it seems not all of your original songs are from your own personal stories – for example the song ‘Plentyn’, about Aboriginal children – so is it sometimes a case of hitting upon a story that needs to be told?

Lisa: Exactly, and that’s how I found my voice – I had never really been a songwriter or aspired to be one, but we went to Australia with the [Aboriginal foundation] Black Arm Band for the Cultural Olympiad. We started getting to know them, hearing their stories, and I was moved. And when we came home – because the Aborigines are very connected to their land, to their surroundings – we came back from that and I started looking at my home village in a different way, maybe how I had done as a child but had forgotten to, and looking at the land, the animals, and the stories and I thought “Yes, I have got something to say”.

Where else can we catch you live, and what are your plans for the near future?

Martin: So it’s End of the Road festival, and then we’re off to Vietnam! Then we’re planning a tour in November. And possibly a couple of other things that we haven’t finalised yet… so watch this space. 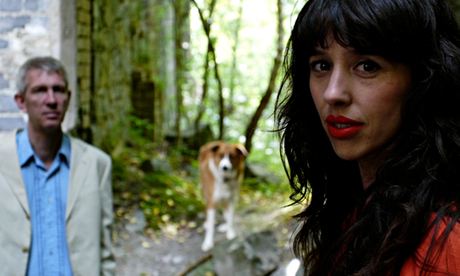