Yesterday was two years since the release of your debut album, “Live For The Moment”, does it feel like time as flown since then?

Yeah it does to be fair, feels like it came out last August rather then two years ago, it’s pretty mental how quick time goes. But we’ve done a lot since then, we’ve been on countless amounts of tours. We’ve been to Japan a few times, been to America, toured around Europe and the UK, a lots happened since.

You’re releasing your new album, “Under Your Sky” on October 4th, will this be a new path for the band or are you guys sticking to the sound of the last album?

I don’t really know to be fair. Everything has been done the same, the songwriting process hasn’t really changed. It just started with me, in a room with an acoustic guitar, which is all I did for the first album. Played it to the band in a practice room and we just started smashing it out.

The only real difference is that with the first album we had a chance to gig the songs until we were able to record them. No one knew us before the first album so we just started playing the songs live and they sort of grew through that, whereas with this album we’ve had to keep the songs under wraps. Because the albums not out we’ve only played two or three songs live maximum.

To answer your question, it’s for other people to decide whether the sound has changed, maybe the songs are slightly different and have been written slightly better. 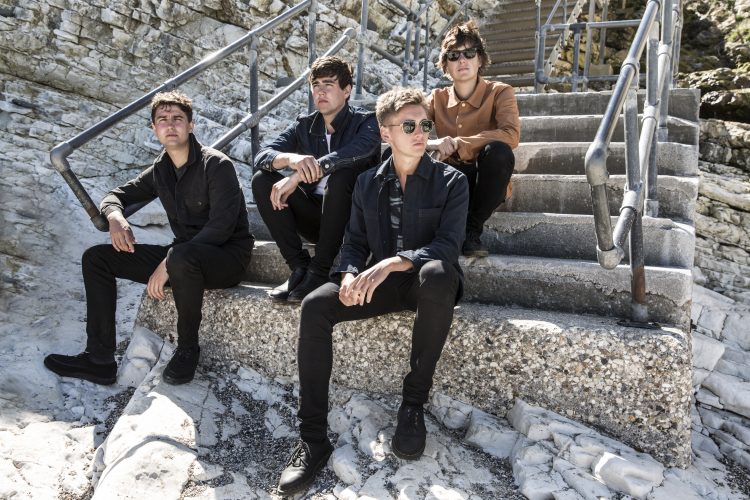 You’re going on a pretty gig tour around the UK and Europe alongside the album release, is there anywhere you’re particularly excited to play?

The last European tour we did, we had a blast at all of them. So not real favourites on the European show, I’m just excited to be going back over there. I think we’re going back to Prague actually, we’ve only been there once but it was great.

And for the UK tour, a bit biased but I’m excited to play Sheffield. We’re looking forward to them all to be there. Glasgow is another place where we always seem to have a great crowd so excited to play there too.

You’ve been talking on Instagram about potentially playing a house party show at a fans house, is this something that’s actually going to happen?

Lots of people want it but from our side, we’ve got to try and make sure we’re doing someone’s house where everyone’s okay with it. There’s plenty of houses where one or two people in the house are cool with the idea, but it needs to be that everyone agrees. If fans could somehow get their heads together and decide on a place, even it’s not a house, just direct us somewhere, and we’ll go. We’re doing a little show this week in Grimsby at this little boozer, it’s along more the house party style but it is at a pub. Something we always enjoy doing is just turning up and playing but it’s just hard to organise.

This Feeling Track of the Day: Serotones ‘Death In Paradise’