Queen Zee’s set at Download festival created carnage, as riotous crowds packed into the tent to see this band play, with lead singing Zee taking to the stage shirtless with pink Adidas trousers, fishnets and her iconic pink hair. 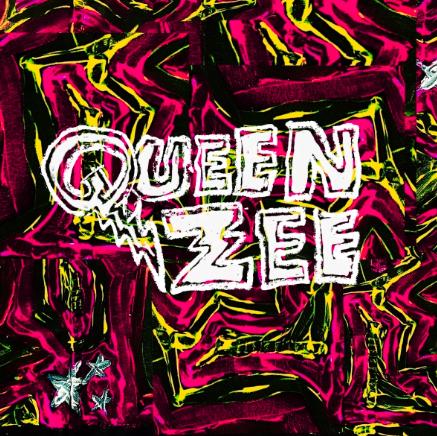 Elly Bailey caught up with Zee just after the bands set and here’s what she had to say:

How was your performance?

I think we’re all slightly headachy after it beaten up, but yeah it’s brilliant. I was absolutely bricking it before we went on, cause like our songs don’t match with the super heavy bands that were on before and Carcass are playing that stage later, I was like oh no, we’re going to get eaten alive here but to see a full tent and to see everyone going for it was amazing.

You’ve said before in interviews that you feel you’re between the punk and queer scene in Liverpool, do you feel that you’ve created your own movement?

It’s crazy how many bands are coming up to us and saying that they dig what we’re doing, and taken that vibe from it. I feel like that niche between punk and queer has always existed and there have always been bands that have rode that line. Particularly back in the day when punk was starting, with bondage gear and so on, but you don’t really have that as much now. But I like to think we’re bringing it back.

Do you think that people would be surprised by your set after just hearing you on the radio or something?

I always think that we have some tunes that sound like we look and others that don’t but I’m always curious, if someone heard us on the radio, are they going to come down and be shocked, I think it depends where you catch us. Like if you catch us at Download you’re going to be a bit surprised.

This Feeling Track of the Day: Moonlight Zoo ‘Survive’