With his latest track ‘Crazy Heart’ being used in Microsoft’s advertising campaign for their latest smartphone virtual assistant ‘Cortana’, Scott McFarnon and his music have been thrust into the public eye. But having been a songwriter for a number of years and seeing his songs performed by artists ranging from Beyonce, which saw him nominated for a Golden Globe and a Grammy, to Daniel Merriweather, Scott has been patiently waiting for the right time to launch himself as a performing artist and now that that time has come, Matt Tarr caught up with the man himself to find out a little bit more…

MT: When you first got into music, who were the kind of artists you listened to that helped you develop your musical knowledge?

Scott: I got listening to all my dad’s music which was all Queen, David Bowie and Fleetwood Mac and they’re all great songwriters. But I never pushed out to the fringes of music growing up, it was just whatever was on the radio or in my dads collection. Maybe that stood me in good stead for the eclectic cross mix of music that I’m dealing with now.

MT: How did you get involved with writing music initially? Was that something you always wanted to do above pushing yourself as an artist in your own right?

Scott: I kinda just fell into it if I’m honest. There’s no one musical in my family and there are no influences in my family or even my friends growing up that made me go into music. I just used to hear songs on the radio and though “ooh I’d love to have a bash at that”, so I asked my parents for a guitar for Christmas. I just started knocking around with it and didn’t realise how obsessed I was with it until someone said “you’ve got a problem, you should get out and play that stuff” so it just grew from a natural little obsession. I’m always interested to think what I might’ve done had I had a proper early start in music; if someone had given me classical training on piano or taught me to play guitar properly or something, I might have gone a different way. I was just a passionate little lad singing Noel Gallagher songs with my guitar!

MT: Up to now in your career you’ve written tracks for some pretty huge artists including Beyonce, Mark Ronson and Daniel Merriweather. Are there any artists that haven’t sung one of your tracks where you think “I’d love them to sing one of my songs”?

Scott: D’ya know what, there are so many at the moment. You’ve got people coming through with these ridiculous voices like Kwabs. I did a session with the producers Craze and Hoax recently and it’s just amazing to see what some of the youngsters are coming through with. You’ve then got people like Sam Smith doing all these amazing things and I reckon Jessie J could sing anything under the sun. But for people I would kill to write with you’re talking David Bowie or Annie Lennox, just for the nostalgia wrapped up in them and I love all that stuff. I’m all about voices, so get me in with anyone that can sing and I just love writing something for them.

MT: Talking about your writing, your track with Beyonce ‘Once In a Lifetime’ was Grammy and Golden Globe nominated and your track with Daniel Merriweather ‘Red’ was a huge chart hit in the UK. Obviously those are two of your most high profile tracks, but what would you say is the best song you’ve ever written?

Scott: I love all of them, but I love them for different reasons. I’ve got a song for this thing with Microsoft and Danny MacAskill called ‘Crazy Heart’ and it’s from my EP, which is due to be released around February 2015 and this is the lead single from it. The reason I’m gonna choose that one is that it’s a cool snapshot of me as an artist and where I’m at now. In terms of favourite songs, obviously the ones you mentioned were massive and you can’t hold them back as they were really important for me and a big part of my past, but looking forward, stuff like ‘Crazy Heart‘, during which I’m playing through a Vox AC30 amp with these big chiming guitar sounds, you get a snapshot of me at the moment so I love ‘Crazy Heart’!

MT: How did the whole concept for ‘Crazy Heart’ come about because in the song you talk about a particular person who has this crazy heart; is the track based on a real life story?

Scott: Yeah, they all are. I was in with these guys called MJ & iRoK who are a writer/production duo that I met in LA and we actually started writing an idea for Lana Del Ray cos someone said “oh Lizzy Grant is looking for records at the moment” so we went for something with that dark vibe and we ended up doing something that we loved instead. At the time, I was a long way from home and sometimes you do things because you think it’s what you should be doing and ‘Crazy Heart’ is about somebody who, against their better judgment or against some judgment that everybody else has given them, they keep doing the thing they think should be doing regardless. Some people think ‘Crazy Heart’ is a love song but it’s actually about getting up when you’ve been knocked down; it’s like Rocky! But everyone’s gonna see it in their own way which is brilliant.

MT: That’s it. I think if people can relate to a song and make it personal to them, that’ the making of a great song.

Scott: That’s what it is with everything. I wrote ‘Red’ when I was having a tough time with family stuff and it if you listen to the lyrics it’s one of the saddest things ever. Then a few years later Daniel Merriweather is singing it in front of 50,000 people and they’re all singing it like it’s a pub song, so people take it, make it their own and it becomes part of popular culture and that is pop music. I didn’t realise it was a pop song when I wrote it but if people can relate to it like that then that’s the goal. 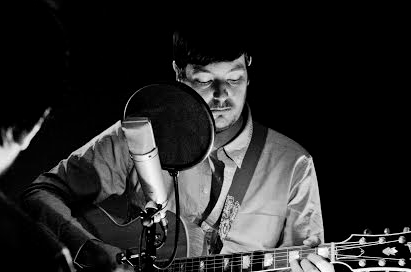 MT: Is the sound of ‘Crazy Heart’ the kind of sound that we can expect from the rest of your upcoming EP?

Scott: I think there are a few surprises on it. The EP is four tracks, ‘Skylight’, ‘This Time of Year’ and ‘Shine On’ and the reason we put those four together was that they gave a really good account of me as an artist. So they’re not all like ‘Crazy Heart’; I’d love to have ten ‘Crazy Heart’s’ on an album cos I think it would be rockin! But I’m all about the romance and I love the moments of beauty in a song, so there a few of those on the other tracks too. I’m an emotional fella and I just hope people enjoy the other tracks as much as ‘Crazy Heart’.

MT: The project with Microsoft is a great opportunity to get your music out to a mass audience. Have you been involved with the project from the start?

Scott: It’s all been through my management. I just heard that Microsoft really loved the track and I’m sitting in the position where anyone who turns around and says they love my track then wicked, you can be my best friend, we can go and have a drink! And this is Microsoft so I didn’t know who to say cheers to but when they told me Danny [MacAskill] was involved, I remember watching his videos and he had Band Of Horses on one and it bent my brain. I think ‘Crazy Heart’ fits with his other stuff and if they’ve found the drama in ‘Crazy Heart’ that has made them use it then they’ve understood the song and I’m really excited to see what happens with it.

MT: Having written songs that other people have gone on to release, what made you decide that you wanted to push yourself as a performing artist now?

Scott: That’s the question! It’s what ‘Crazy Heart’ is about; do you ever stop trying to be the person you always thought you were supposed to be? At what point do you say “nah that’s not who I’m supposed to be, I’ll quit that and work at Sainsburys or something”? You either follow it or you don’t. I write songs morning, noon and night; I’m a songwriter and I love to sing, so there’s nothing else I would be doing. I’ve never written a song deliberately for someone else, if someone takes a song then that’s great but it’s just a natural progression for me. I think before, when we had all the stuff with Beyonce, we had all of the opportunity and none of the preparation and now we’ve got the preparation and the opportunity has just come around, so it’s all falling into place. This is the best its been for me for a long time so I’m really excited to be doing it!

To keep up to date with all the latest from Scott make sure you follow him on Twitter and Facebook and keep your ears peeled to hear ‘Crazy Heart’ everywhere once Microsoft launch their latest Cortana advertising project.

The Eskimo Dance Returns to London for Christmas!