If recent single De Facto is anything to go by, their forthcoming debut album ‘Folding Lines’ promises to be one of the albums of the year. We caught up with Phil Cunningham to find out more…

Hi Phil, hope you are keeping well. Where are you today answering these questions?

In Sunny Macclesfield at home with my family

How did the idea to do Sea Fever come about?

It kind of just happened spontaneously really. It was born out of the need to create music in down time between New Order activities!

Tom Chapman and myself had a load of musical ideas bubbling away. One afternoon our long time friend, Iwan Gronow came over to hang out at Tom’s studio and had a listen. He said “I have an idea for a vocal on this track, let me take it away and have a crack at it”. He fired back a load of great ideas… from then on we knew we were onto something. Along side this we contacted Beth and got her involved as we loved her work with Section 25. I think Beth and Iwan’s voices blend really well.

With so many acclaimed musicians in the group, can you tell us a bit about how the writing process worked?

The Writing process happens in a few different ways. A lot of it goes down in Tom’s home studio. Tom usually comes up with the initial musical idea then we add guitars vocals and so on ..pull it all apart and put it back together again in the form of a song! Quite a lot of it goes on remotely also … Iwan & Beth do a lot of vocals and overdubs on home setups.

One of my favourite parts of the process is getting Elliot down to lay some slamming live drums on the tracks. It breathes life into the songs. That’s the point where it all comes together.

Although we got quite adventurous and drove to a farm house in France pre covid. Loaded up the car with guitars & gear and took the ferry over. It was quite a productive trip. We came up with 2 songs from scratch in 3 days .

It’s been a thoroughly shit year for the music industry and setting up a new band must have been quite challenging – how have you managed to get this project off the ground during lock down?

It has been a very difficult and challenging year for everyone. I think the short answer is “where there’s a will there’s a way”. I think as humans when we are pushed into a corner we are pretty adaptable and resilient when it comes down to it.

Have you managed to find any positives from the lockdown in terms of band work – new ways of working / writing etc?

The only positive was we were in a position to mix the album remotely because we had the bulk of it done when the first lockdown hit us. It was quite good because that process kept us sane as we were focusing on the album as the world collapsed around us!

Although it was good at the time I would much rather be in the same room where everyone is on the same page.

I think one positive in general to come out of covid is the fact people including myself have had the time to step back take a breath and listen to more music and focus on details properly. It’s a lot of work making a record. Hopefully people will have a good listen to ‘Folding Lines’ and give it the time it deserves.

With Sea Fever now in full swing, does this mean ShadowParty is on the back burner?

Shadowparty is on the Back-burner for now. I think realistically being in 2 bands New Order/ Sea Fever is enough to keep anyone busy !

The album ‘Floating Lines’ is due out in October. Can you tell us what to expect from the album?

The album is a real musical extravaganza! It’s quite eclectic… A lot of musical influences thrown in the pot, from everyone involved. Also a lot of different instrumentation. At one point pre lockdown Tom drafted in a choir to complete one of the songs! We also had the wonderfully talented Philip Rousiamanis from Sylvette who put some really great string arrangements together for us. Which made the tracks sound really lush. 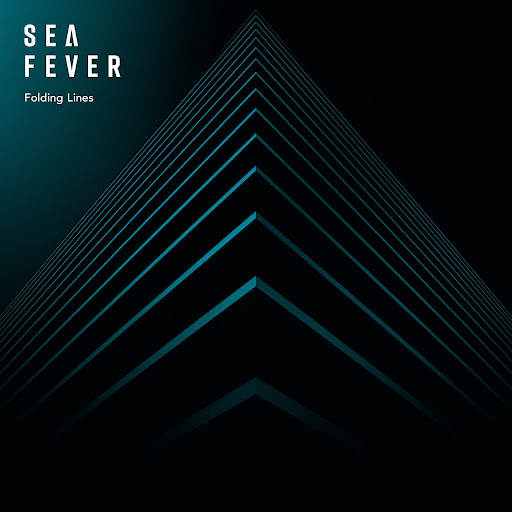 Do you have any plans to tour the album?

We recently played at the Night & Day in Manchester to get the ball rolling. Looking forward to playing some more shows around the album launch.

What is the long term plan for Sea Fever – can we expect more music in the future?

We have a collection of songs demoed and ready to go for another follow up album. We just need to find the time to finish them off.

This Feeling Track of the Day: Sky Valley Mistress ‘She Is So’