With his latest mixtape Certified available to purchase now, UK rapper Sneakbo answered some Gigslutz questions about the release, the meaning behind Jetski Wave and his thoughts on the state of the UK rap scene in 2014…

MT: For people who aren’t so familiar with your music, how would you describe yourself as an artist?

Sneakbo: I would say I’m a diverse rapper influenced by music from South London.

MT: The first track that we saw you on was ‘The Wave’, which was something of a cult hit in 2011. How did that song change your career?

Sneakbo: It was the first song I made that got onto national radio. It took me out of the circle of artists I was around and it put me on a national level next to international artists. So it definitely spread my music and it made people aware of me in places like Scotland & Ireland.

MT: Tracks like ‘The Wave’ and ‘Ring A Ling’ had a strong electro and dancehall feel to them and whilst that is still something that is still present in your music, you’re general sound is much more geared towards UK rap. Is there a genre that you prefer to make?

Sneakbo: There isn’t a specific genre, I mean I’m a rapper, so anything rap orientated is obviously more of my comfort zone, but I’m happy to step out of my comfort zone. If I hear something that gets my attention and I find it wavy, I’ll be able to rap to it.

MT: Certified has been out for a few weeks now. What has the feedback from people been like?

Sneakbo: Feedback has been good, people are liking it. Obviously it’s not something I aimed at the mainstream. It’s more aimed at the core fans that like me on bashment, hip hop & rap. So they’re loving it and they’re giving me the best feedback so I’m happy. I did that because I always wanted to make sure people know that I am still able to make that type of music.

MT: How did you go about selecting people to feature on the mixtape because there are a lot of great features with the likes of Fekky, Angel, Snap Capone and obviously your Play Dirty associates, Krept and Konan?

Sneakbo: I feature people that I like, that are fans, people that I have worked with before and happen to send me songs that I like. People that I just have a vibe with in general. There are a lot of songs that didn’t make the mixtape but hopefully I can put them out at a different time. Generally I don’t go by anything but vibes and if I’m feeling the songs.

MT: Have you got a particular track on the mixtape that you would say is your favourite and if so, why?

Sneakbo: I don’t have one favourite to be honest. They’re all very different, but obviously the one I thought was going to get the most attention was the one with Krept & Konan, its called ‘Right Here’.

MT: Being a South Londoner, do you feel that your music is influenced by the area you were brought up in?

Sneakbo: Yeah definitely. I grew up in Brixton and in Brixton there a lot of people that listen to danchall, rap and African music. So you can hear in my music that I’m influenced by all three.

MT: Having been through some difficult times in your private life over the last few years, how do you feel those times have shaped and molded your current attitude towards your music?

Sneakbo: I always reflect what I go through in real life with music, be it good, be it bad, be fun, be it sad. Everything I do in life influences my music and I feel like I’ve always been able to put some of my struggles into music. I’m hoping other people can relate to it and it can help other people to understand or even deal with their struggles in their own way. 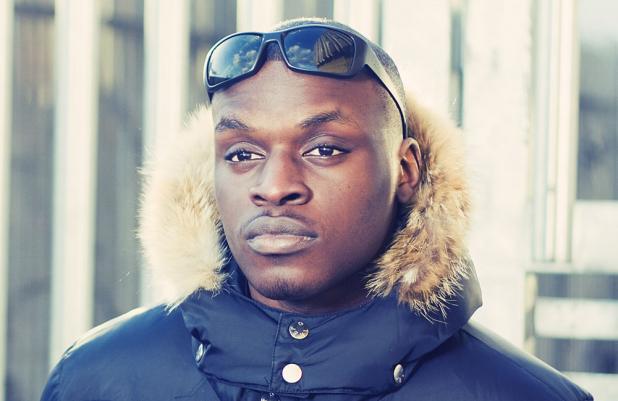 MT: With the success that people like Krept and Konan and Giggs ave enjoyed over the last few years, do you feel that UK rap is the strongest it’s has ever been, especially with the likes of Yungen and yourself coming through?

Sneakbo: I’m still a lot younger than people think I am, I’m still only 22. So I’m not sure where UK rap was many years ago, but I feel like we’re all doing alright and we’re all coming through. Hopefully we can be as big as American rappers & our music can reach the level that American rap music has.

MT: Is there an artist or band that you listen to who people would never expect you to listen to; your guilty pleasure?

Sneakbo: I listen to a lot of Michael Jackson. I don’t think people would expect me to listen to him but that is someone I listen to outside my genre.

MT: Can you tell us a bit about the whole idea behind the JetSki Wave theme?

Sneakbo: Jetski wave is just something fun. It’s summery and its associated with holidays and a good time. That’s what a lot of my music is, feel good music, party music. The wave in general (the jetski) is up and down and life is full of ups and downs, that’s what the wave is about.

Sneakbo: I’m working on a few projects so expect the unexpected. I’m always going to come with something fresh & something new. I’m won’t tell you what it is yet; I’ll just let you hear it.

Make sure you download your copy of Snakbo’s latest mixtape Certified on iTunes here and follow the man himself on Twitter and Facebook to stay up to date with all the latest news and information.

ALBUM REVIEW: The Game ‘Blood Moon: Year of the Wolf’