Manchester’s Spring King have had an eventful few weeks: heading stateside for SXSW, touring with Courtney Barnett and making it onto Radio 1 with the big boys. In addition to this exciting period for the band, April will also see the release of their latest EP. We caught up with drummer, singer and songwriter Tarek Musa to find out a little more about it.

So your new EP They’re Coming After You is out on the 20th. The title and artwork are almost reminiscent of 1950s B-Movie’s, would you say this is reflected in the sound of the release?

That’s a great point! I don’t think I made a conscious decision to reflect those old B-Movie themes into the EP but I do definitely have a passion for old 50s movies. Maybe it seeped in a little without realising.

The title was the last thing we came up with. For me the track ‘They’re Coming After You’ kind of rounded up what the whole EP is about anyway. So we chose to go with that as the name for the EP too

The title also suggests the idea of paranoia while the chorus of lead single City talks of an alienated, lonely life in a large metropolis. Are these recurrent themes in the EP’s lyrical content?

Exactly. I was going for a paranoid edge to the whole EP. Even a track like ‘Early Bird’ lyrically explores the idea of double taking everything, checking it over to see if it’s really there. The type of paranoia I’m trying to explore is the form that can take over any person, a form created by ourselves, by the media, by fear…

City was playlisted by Radio 1 recently which is exciting. What is the importance of radio support for upcoming bands? Is this something you’ve experienced with previous releases?

To me, I feel like I’ve been very lucky. Let’s Ride was the first song I wrote for Spring King and just by chance I submitted it to BBC Introducing and it was played a couple times. We have a great group of people around us, and everyone has been so supportive from the BBC, XFM, Amazing Radio etc. I think Radio still has a strong role in exposing music, along with the internet and word of mouth. We’ve never experienced this amount of radio exposure with previous releases, and for a band like us, releasing music on independent labels with no record deals it has been amazing to have this level of faith from people.

Talk us through the production process, where did that take place and did you handle most of the recording yourself?

All the production so far has taken place at home. We tracked some stuff once down in London but ended up using the home recorded stuff. It is a very simple set up, but I’ve really learnt how to use what I have to its full potential to get the results I’m aiming for. We don’t have capabilities to record everything live in a room together yet, so we multi-track each instrument. I normally write the song first and then get some ground work in with drums, and basic guitars. Then I’ll get the guys to come in and play their own parts on top of what I’ve got down. It isn’t ideal, but limitations have made this band what it is sonically, and I’m loving what we have right now. 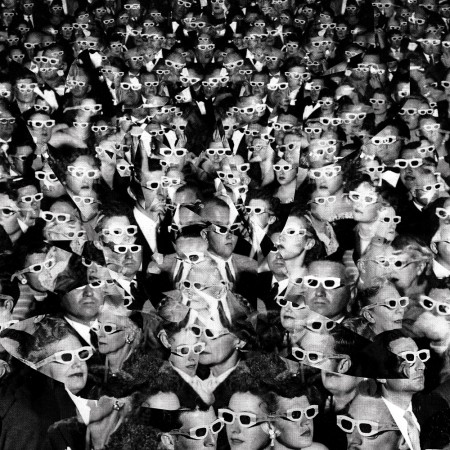 They’re Coming After You is being released by the Manchester-based label Handsome Dad records, is this a relatively new label or something you have been involved with for a while?

To us, Handsome Dad records is a brand new label. I hadn’t heard of them before. Sam and Will approached us after hearing ‘Better Man’ and offered to put out the new EP. They’re really down to earth people, and I really appreciated the risk they wanted to take on funding the production of a record, so we said yes and began printing the vinyl and sorting out artwork!

I read a comment on your Facebook recently that ‘Manchester rocks again!’ Would you say that it’s a particularly exciting time for the city and is the music scene something you would associate yourselves with?

I feel like most big cities have a scene, actually numerous scenes all interweaved. Manchester has definitely got a lot of music to offer to people, and a lot of great events/nights, sometimes certain things take a break but then they bubble up again. There are a few venues closing down, and new ones opening up. The whole thing is ever changing, recreating itself. James our bass player is really knowledgeable on what’s going on in Manchester – he really keeps his ear to the ground and is constantly informing the rest of us on what to check out.

You’ve been pretty busy on the road recently. Was there a positive reaction to your recent dates supporting Courtney Barnett and have you picked up a lot of new fans as a result?

Firstly…Courtney Barnett, her crew, and Fraser A Gorman, were all a pleasure to tour with. They were so welcoming and friendly that when we went on stage we were in positive mindsets and I think that really helps. We had a very positive reaction from her fans. Lots of people would come up to us after the shows to talk to us and we really had a great time. Touring with people who you get on with is a bonus. You have to enjoy it or else it’s not worth it.

You also played a few different shows at SXSW last month including a talk on music production, what can you tell us about that? Was this a different experience being on a platform in front of people without the cover of your drum kit in front of you?

We played 6 shows at SXSW which were all shows I’ll never forget. Each one had positive audiences, friendly promoters and good food. I had heard so much about SXSW and it definitely stands as one of the best festivals I’ve ever been to. We had some awesome hosts who really took care of us and I hope I’ll get to see them next time we’re in the US.

The talk title was ‘What is record production, and why do we need it?’ – I had a lot of fun being on a panel. I’ve never done anything like that before. The panel was me, Claire Southwick, Michael Beinhorn and Stewart Lerman. It’s definitely a different experience to performing, but after the talk a few people came up with positive reactions and smiles on their faces. It was just as fun as playing. I love a good discussion.

It seems like you’re doing touring right, driving an old Honda minivan up and down the M1 and crashing on peoples couches. Has this whirlwind lifestyle taken it’s toll on you?

The Honda Shuttle is our home away from home now. It actually broke down this tour but it’s all we have. It is a bit of a squeeze, we can’t fit all our equipment in it, so headline tours are hard to organise but that’s kind of part of the fun…

None of us really mind the lifestyle. I think I can collectively say we all enjoy a good amount of sleep but that’s the only thing we don’t get enough of. We enjoy what we do, it’s always a laugh being with your friends. The hardest part about touring is getting the time off work, or finding enough cash to cover yourself whilst you are away from our jobs back home. People buying merchandise after gigs is an incredible help, and on the Courtney Barnett tour we had a lot of people support us through merch.

Festival season is fast approaching, have you got any big plans for the summer?

We will be playing a few summer festivals including Truck Festival and Blissfields! A few city festivals too. I’ll be working on a few exciting projects with other artists, mixing and producing. Hoping Manchester sees some sunshine this summer…

What can we expect from Spring King in the latter half of the year, have you got any more releases planned or will you be locked away working on new material?

Working on the album. The songs are all written, I’m just experimenting with sounds for the record. Coming to an ASDA near you…

View all posts by Lewis Rollinson →