Gigslutz spoke to the hard hitting London lads, Sterling Press – from 2 yards away, flouting childcare rules as we went – regarding some of the imminent exciting goings on which can’t be spoken about but were spoken about. These included their first release which is on the immediate horizon,

So to start, what is Sterling Press, in your minds, and are you closeted Man City fans?

Greg: “Sterling Press- is when you look at something on the menu in a restaurant and you have no clue what it is, it sounds amazing, so you order it… and it’s brilliant – maybe not what you expect ….“

What football team do you support?

Great, and what was the spark behind the band? Was there a moment when you suddenly thought, ‘Let’s start this band’, or was it a longer, more gradual process?

Ed: “Initially, it was the new songs we started writing and recording in the summer of last year. But we’ve been working on our music for a while. We’ve always wanted to be in a band, play live and make records. That’s what it’s all about for us, it’s all we want to do.”

And what can we expect from you all in the next few months?

Marlon: “We’re releasing our debut single very soon, and we’ll be putting a lot more music out this year ”

Greg: “We would like to make an album sooner rather than later. We’ve got loads of songs that we really want to get recorded soon.”

Lucien: “We’re working with Keep On Keeping’ On Apparel, a new eco-aware merch company and have got our very own Sterling Press beer coming with them in collaboration with House of Cans.”

(Keep checking www.koko-culture.com to see what we’ve got coming!)

On the subject of merch; who’s the best dressed in the band and who’s the worst dressed?

Marlon: “Greg is the best and worst dressed, he has his days.”

What should we expect from Sterling Press’ first sonic offering?

Ed: “Not being able to play live for nearly a year has given us the opportunity to do something different – we’ve been able to spend a bit of time experimenting and recording in our studio in Wandsworth, so I hope that comes across in the record.” 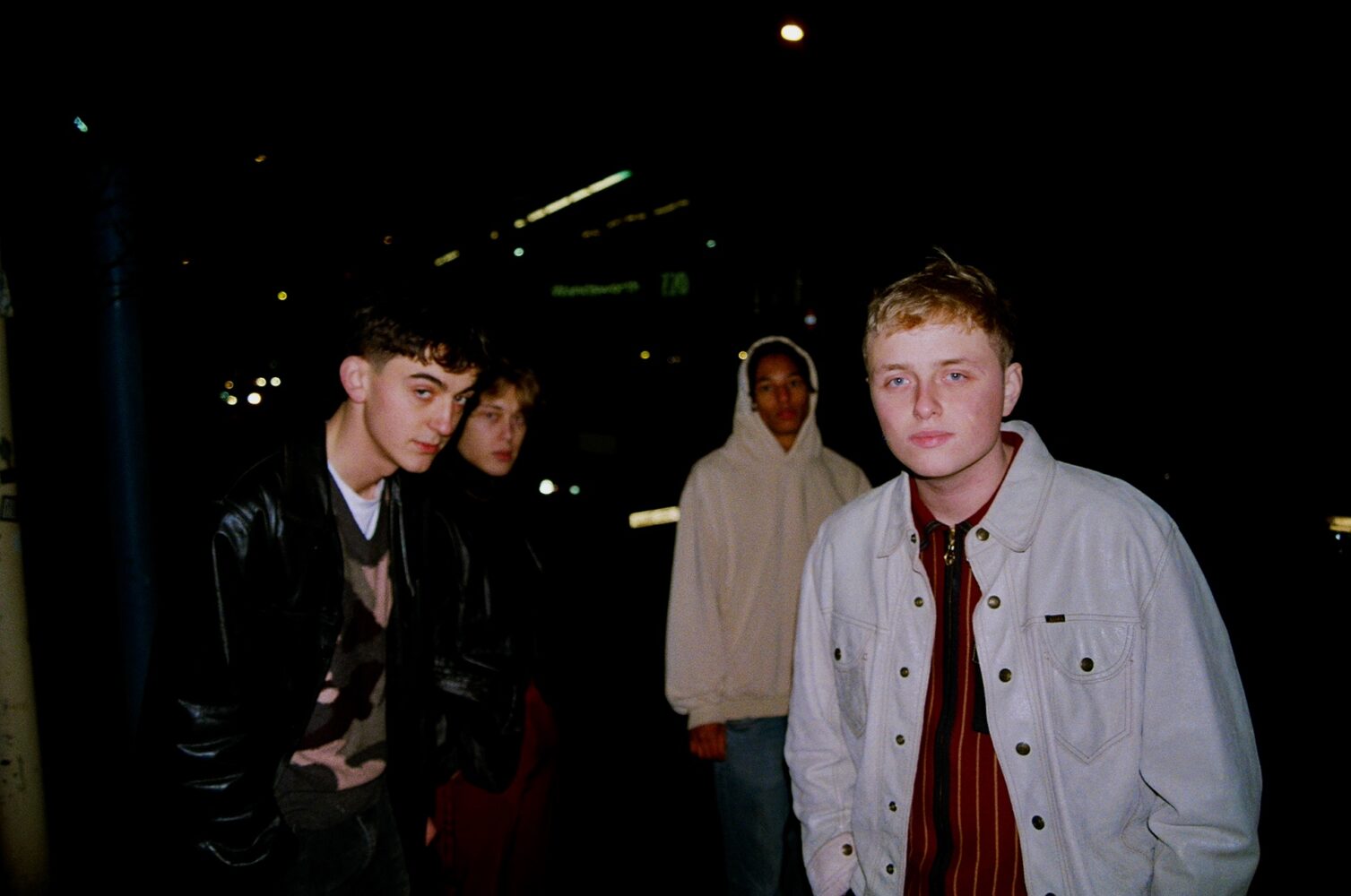 Who inspired you from a musical perspective then?

Greg: “We’ve all got into the first Specials record recently, so there’s a few hints of that here and there”

Ed: “Yeah, I reckon that was probably a big influence on these new tracks. I was listening to a lot of The Kinks as we were writing, as well as some late Beatles stuff, so that’s definitely worked its way in there somewhere.”

Describe your music in 3 words?

You mentioned earlier about your determination to make an album sooner rather than later, what about your ambitions for the live side of things?

Ed: “We just wanna play in front of an audience again – we want to see how the new songs go down.  We love playing live.  It’s the thing we’re in a band for. Once we’re back up and out there, a big headline show in London is what we’re working towards once we’ve got the new music out, and then we’re looking at a headline tour towards the end of the year.”

Marlon: If we can’t get out to play live, I’d love to do a livestream gig somewhere a bit weird, try and do something that nobody else has done. ”

Do you reckon you could agree on a live supergroup and if so who would be in it? (Apart from Susanna Hoffs).

Greg: “Our debut single is being played a month early on BBC Introducing Kent as Abbie McCarthy’s Record of the Week tonight. Show starts at 8pm, so tune in to hear it before anyone else!”

Ed: “Cheers for the interview, really looking forward to putting some music out and getting started with our new band.”

Cheers boys. All the best with it.

LISTEN: Maxïmo Park share new single ‘All Of Me’

#bigin2021 This Feeling Track of the Day: Jamie Pollock ‘Won’t Slow Me Down’