“People ask me, how the hell did you wangle a week in Abbey Road?” says Chris Sheehan over a coffee in the ‘canteen’ down the corridor from Studio 2. We’ve just witnessed Pat Dam Smyth put the finishing touches to a track and Sheehan is ebullient. And with good reason.

Sheehan (director of Karousel Music, a non-profit organisation dedicated to promoting a better environment for songwriters and artists) and his old friend Chris Johnson (senior lecturer of music production at York St John University) are the duo behind ‘Smoke Rainbows’, a new record made in association with York St John University, Monks Road Records and Help Musicians UK in support of Music Minds Matter.

“Last year, I went up to York St John to talk to Chris Johnson about the industry and the charity Help Musicians UK,” says Sheehan, “and he mentioned that every year the music production department’s students take Abbey Road for four days. He had a light bulb moment and offered for me to take some of the artists I’m involved with. We figured recording them would be a better experience for the students, and would be a great opportunity for the artists themselves. Richard Clarke at Monks Road Records jumped in to help and everything fell into place after that.”

So it happened that a dozen artists including The Magic Numbers, Charlie Wood, The Leisure Society, Matt Deighton and The Blow Monkeys came together to record alongside music production students from York St John, their songs spanning genres from pop to jazz and indie to folk.

“We’ve got some very high quality artists on this record,” says Sheehan. “York St John paid for all the studio time so that the students got to work with real artists, to see how they act in the studio and react to certain stimuli, while also working with world class engineers. And the artists got a free recording at Abbey Road. It’s been a case of musicians wanting to help musicians.”

Johnson agrees: “Everyone involved has helped create something artistically invaluable. And the takes were so good, so flawless that it’s almost been a case of having to edit in some mistakes. We asked the artists to contribute songs that are in some way about getting through tough times and coping with mental health issues, and this has given the project a feel that has come through in the performances that are very heartfelt and honest. Everybody brought their A game. I’ve never been involved in anything as collaborative as this. I’m proud to be part of it.”

Recording at Abbey Road these days is prohibitively expensive. Only the weighty cheque book of a major label can ordinarily acquire such a space, so it fell to the largesse and acumen of academe to plump for a project as morally sound and creatively satisfying as ‘Smoke Rainbows‘.

Approaching the studio on foot you first hear the pop culture echoes. Second, you step over the worn zebra crossing, shake hands with the ghosts of the Fab Four, then climb the steps of the grade II listed building where inside you sign the visitors book. Much has taken place in this recording studio, all of it so obsessively documented that events have become legend. 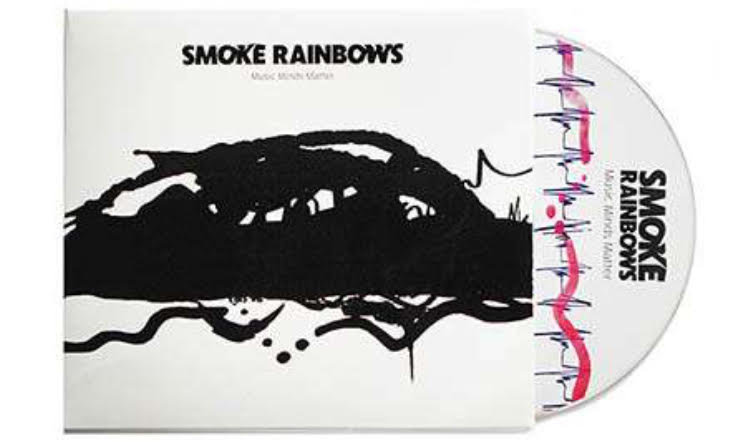 A huge amount of planning was necessary to pull off ‘Smoke Rainbows‘ given the small window of opportunity available, but everyone asked said yes. In acting like producers of the old school (much fretting, telephoning and paper shuffling), Sheehan and Johnson have helped stage something quite rare.

“It’s been money perfectly spent,” says Sheehan. “Many of the acts on this record would have been recording in Abbey Road in the ’70s, but these days they don’t get near dreaming of playing here.”

The corridor walls are fixed with film posters and portraits of the great and the good but, just occasionally, the get-togethers in this St John’s Wood temple of sound come straight out of leftfield. This, the latest, prompted Giles Martin to dip his head around the control room door to see what was going on.

Sheehan points out that Help Musicians UK, the charity whose mission lies at the heart of this enterprise, is there to help artists for everything, from home visits for retired musicians, to early stage funding, financial support and help with illness and injury such as hearing loss. “This charity has been doing amazing work in coming to the rescue of musicians for almost 100 years, and it’s wonderful to see these great artists and partners such as Karousel, York St John and Monks Road coming together to support them. In a changed industry, the artists on this record – some of whom are at the emerging end of the industry – were able to walk into the most famous studio in the world and nail their song in one take. Just like the greats of yesteryear would’ve done.”

‘Smoke Rainbows’ is out on 17 May
Preorder the record here

COMPETITION: Win a pair of tickets to Nozstock