Tree of Wolves is is a five piece band from Carmarthen, Wales comprising Aled Thomas (vocal/guitar), Gruffydd Wyn Owen (guitar), Mark Howells (bass), Ray Thomas (drums) and Charli Bicknell (vocal/keys). Their debut single ‘Icy Water’ was recorded with John Lawrence (Gorky’s Zygotic Mynci) at his North Wales studio in the heart of Snowdonia. After a full summer of festival appearances, including Cardiff’s Hub Fest and Wrexham’s Focus Wales Festival, they released their second single of 2014, ‘Let The Night Take Me’. The band ended 2014 by sharing a remix of ‘Half Light’ by up and coming Canadian producer On Planets and heading back out to the wilds of Pembrokeshire to record their debut EP. We caught up with them to discuss their influences and find out what 2015 has in store for them.

Hello Tree of Wolves. Where are you and what have you been up to this week?
Gruff: We are all huddled together for warmth on the studio sofa with what sounds like a tornado raging outside! We are in our final night… well early morning in the studio in the depths of West Wales mixing the first single from our new EP. It’s been a fantastic week of forgetting the outside world and locking ourself in with too many ideas and guitars!

How did the band come together?
Gruff: Aled, Mark and myself knew each other since school and the three of us have always been in bands and an active part of the music community here. We were never free of other musical commitments the same time until two years ago. We just realised that the musical and creative spark we had been looking for all along was with people on our own doorsteps. The first jam was that lightbulb moment! Charli was good friends with Mark and we all loved her solo work. We knew from the beginning we had to get her in. Ray joining was the final part of the jigsaw to make it all fall together.

What can you tell us about your new EP?
Gruff: We’re back working with producer Owain Fleetwood Jenkins, who recorded our last two singles ‘Halflight’ and ‘Let The Night Take Me’ in his studio, which is located on a dairy farm in the middle of the Welsh countryside. It’s got that classic 70s vibe to it, full of random instruments! Joining us as well on the production side this time is Tom Sinnett from the Valleyers. They have really pushed us to expand on the sound we had before. It’s a very diverse five song collection, yet very much Tree Of Wolves. There’s Chic-infused disco instrumentals as well as our trademark shimmering sound that’s taking in Laurel Canyon sunshine melody and European androgynous pop this time. Some Roxy-era Eno playfulness has slipped in for sure! We are very prolific and eclectic songwriting wise and this is a chance to show another sides to us not just the big indie guitar songs you might expect.

What was the last song you heard that made you think, ‘I wish I’d written that’?
Aled: It’s got to be Death From Above 1979 – ‘Train Wreck’. The band came back from a lengthy hiatus with a song that topped everything they had done previously and showed a newer more diverse side to the band that the world wasn’t expecting.
Charli: ‘Hey Now’ by London Grammar. In fact most of that album! It’s seems so simple, its incredibly emotive, every element of it is so perfectly placed and just enough, less definitely is more sometimes, I just love it!!
Gruff: ‘Dear Chicago’ by Ryan Adams from his Demolition album was the last. It’s strange but the song passed me by when it originally came out but I found a live full band version not long ago. It’s such an amazing song overflowing with longing and the sadness that envelops you. By the last refrain of ‘I think I’ve fallen out of love with you’ it makes your heart explode. Plus it has the sweetest lap steel all the way through and I’m a sucker for my country!

Noel Gallagher recently bemoaned the influence of social media on the music business, claiming that it’s responsible for discouraging new artists from taking risks. Do you agree?
Ray: Perhaps. It’s the only world I’ve known as an artist so I can’t compare to how it was before. Personally I like interacting with fans on social media. I think it’s amazing when you look at the people who are liking your music and they can be from down the road or from somewhere like Peru! I can kinda see Noel’s point about being scared of taking risks in that you want to try and please everyone but I imagine the same pressures existed before social media but reached the bands in different avenues. Having an opinion is a good thing in social media I think, as clearly demonstrated by the fact we’re talking about Noel’s! 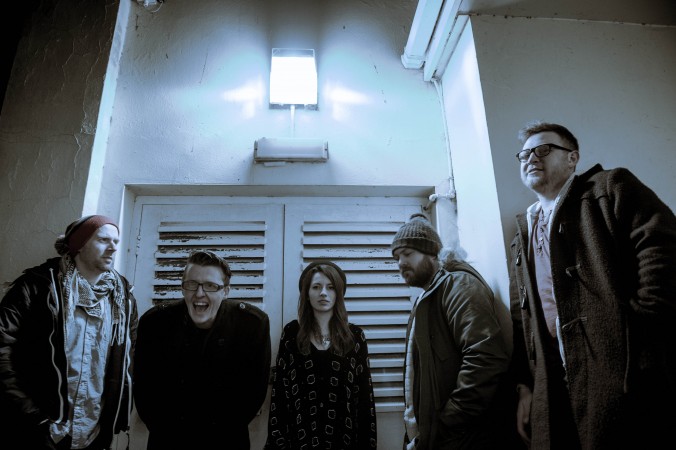 Welsh music seems to be in very rude health at the moment. Anyone you’re particularly enamoured with?
Mark: Erm, up and coming Welsh bands, there are so many, but for me it has to be Houdini Dax and Climbing Trees. Been lucky enough to gig with both of them and have been equally as blown away by them.
Ray: Oh there’s so many great bands in Wales at the moment. I think if I were to pick one to recommend I’d say Seazoo. I love their songs and their lovely people too. Since I ordered their first bedroom ep off their bandcamp which arrived in an envelope with a sticker of a horse on it with a speech bubble drawn from its mouth saying “SEAZOO!” I was hooked! I’ve since become good friends with Llinos and Ben the two who started the band. They’re doing really well at the moment, I think they’re due to do a session for Marc Riley on 6music soon, so keep an eye out for that!
Gruff: It’s remarkably healthy at the moment, there is a really positive vibe around that’s infectious. What’s amazing it’s all so eclectic in Wales it’s not just indie guitar bands taking dominance it’s across the musical spectrum. I can’t wait for the first EP by Radio Europa that comes out this year. They call the sound spoke-tronica somewhere between Slint and Throbbing Gristle. It’s as if The Fall and Aphex Twin joined forces and you had William Burrows spitting the lyrics. Candelas from mid Wales have just released the best Welsh Language all out rock album in years with Bodolin Ddistaw, it’s such a confident record, hasn’t been off the stereo for months. We Are No Heroes are a Cardiff three peace and by far the best live band I saw last year. You can’t leave a show by them not bouncing it’s so energetic, anthemic, chanty, dancy aaaaaaa just really good!

What one album could each of you not live without?
Charli: The album I couldn’t live without has to be Kate Bush’s Hounds of Love. This album inspired me to think differently about how I could work with music, its magical and was a gift from a friend which made it really special.
Mark: It has to be Primal Scream- Screamadelica! It’s timeless and always gets you in the mood for a party!!!
Aled: The Bends by Radiohead, it’s such a perfectly crafted mature album of songs that blend so well as the perfect album should.
Gruff: Bryter Layter by Nick Drake. Every song flows perfectly but especially ‘Northern Lights’, that song has been with me for what feels like forever, it’s just perfect in every way. It’s an album you can play on a bright summers morning or even when you’re in a dark place wanting to shy away from the world. He created a universe full of vivid imagery with this album, it’s unashamedly romantic and by far the album that will never ever leave me.
Ray: I think I’d go with Biffy Clyro – Blackened Sky. A friend lent it to me at school and it really got me excited about music. Since then they’ve been my favourite band and their second album The Vertigo Of Bliss was the first album I ever bought. I kind of look back at that time as when I discovered good music. I kind of have a theory that the band you discover around 13/14 ends up being your favourite band. It seems to be a good rule of thumb anyway

What’s the weirdest thing you’ve seen or done at a gig?
Ray: Hmmmm… I was at T in the Park in 2013 watching Palma Violets and some guy in the crowd decided for whatever reason to get naked… That was pretty weird! Haha!
Aled: In our early days we played a show with a French Tenacious D tribute act; that was a surreal experience that will never be forgotten.

What’s the best piece of advice you’ve received?
Gruff: “Write a song a day. It will become as natural as breathing”. It was a High Fidelity moment in a record store I spent much of my time in during my first year at uni. Bob, the musician who worked there was just such an inspiration to me, he had been part of punk in the early days but was open to all kinds of music. Since that day I’ve never had writers block, yes it’s not a song a day by now but I always make sure I write something. It has made writing songs a need as much as eating and sleeping, it’s my way of communicating with the world. We will never run out of songs in the band that’s for sure but more than that it aloud me to have creativity as an integral interwoven part of my day to day life. For that I will forever be grateful.

What does 2015 have in store for Tree of Wolves?
Gruff: Releasing a lot of music, we have the Sleepwalking EP in April, we are also working on ideas for maybe releasing two double A side singles before the end of the year and then sorting out songs that will become our first album the year after. Touring and a lot of it! We will be playing a lot of shows to promote the EP across the UK. In many ways keep on going as we have been, it’s been amazing 18 months of meeting new interesting people seeing new places and forming a really tight bond with each other. We are creating music we are really proud of and every release is a big step forward and more and more people are tuning into us. Its going to be a really good year.

For more info on Tree of Wolves visit their website here

ALBUM: Carl Barat And The Jackals ‘Let It Reign’