Portsmouth indie band, Crystal Tides, have already been making big strides in their short music career. From sell out local shows to releasing their debut single – they’ve shown there is a great deal of potential with this band.

We spoke to the boys about what they get up to whilst writing, their musical style and their plans for the future.

What’s the origins of your band name?

We wanted a name that we felt represented our music and it’s summery feels. Crystal Tides definitely takes you to a happy, sunny place if you close your eyes and say it in your head! Our name before was Koala!

It’s hard to choose, from our hometown sellout show at the Wedgewood Rooms (300 capacity), or maybe playing at the Etihad Stadium ahead of the Champions league Semi Final – a clash between Man City and Liverpool. Both were pretty epic!

What is your musical style and are there any bands that inspire you?

I’d like to say our style is pretty unique. We infuse catchy pop melodies with indie guitar riffs and punchy drum beats. We draw inspiration from bands like Two Door Cinema Club, Arctic Monkeys and Catfish and The Bottlemen.

What is the ideal direction for the band?

We wanna be playing all the big festivals, having people singing our songs back to us when we are on stage! Our aim is to get our music out there to everyone. We feel it is unfair if people don’t ever get to hear our music…nobody should miss out!

We work on the song in rehearsals and tweak bits to make it perfect, then we head to the studio and track it down. Usually we end up loosing our minds and doing some crazy stuff in the studio it’s pretty fun! 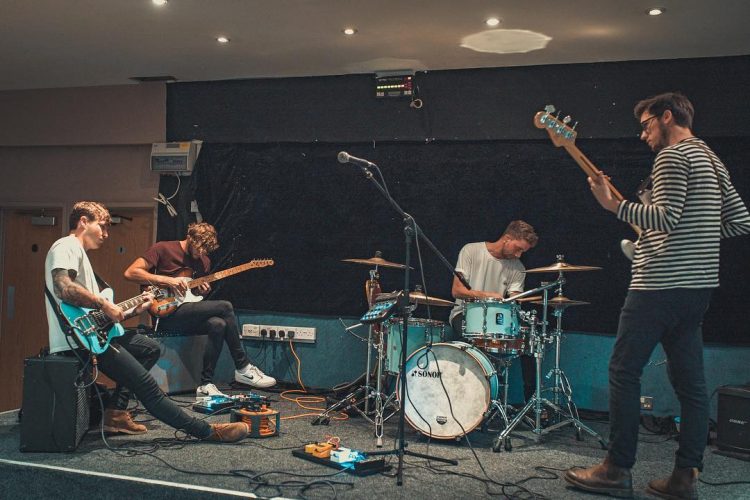 What antics do you get up to whilst writing and recording?

We tend to just quote films and create silly off topic stories that are just really stupid. As you can imagine songwriting takes us quite a while!

What’s next for Crystal Tides?

We have some pretty epic gigs coming! Next single comes out October 12th and will also play London that day. In October we have four different gigs, in four different cities. We will see you there!

ALBUM: Christine and the Queens – Chris