The zone is back for an end-of-festival-season fling – the lineup for the Jack Rocks This Feeling stage at Reading Festival 2017 has been revealed to include The Blinders, Shimmer Band and Baby Strange.

After a summer of love, taking over the likes of The Great Escape, Isle Of Wight and TRNSMT, Jack Rocks This Feeling is back, and they are bringing the brightest, bubbling talent of the UK into the heart of Reading.

Of course, This Feeling veterans Trampolene, Bang Bang Romeo and the slickest cats in the game, Paves have found themselves on the bill, alongside The Luka State, The Strawberries, SONS and False Heads.  At Isle of Wight Festival, we seen False Heads striking a guitar off the stage in a frenzy of euphoria and Conrad Ellis from The Luka State was seen stomping around in the crowd, microphone in hand, putting the tent under his bands spell.  What can we expect from Reading?

Across the weekend, taking place between 25-27 August, the Jack Rocks This Feeling stage is sure to be thrown into chaos by Strange Bones, The Assist, Sheffield’s Sheafs and The Cosmics.  The latter has also just released news of a UK tour which can be read here.

As well as hearing scintillating performances from the likes of White Room, Broken Witt Rebels, Plastic People and The Americas, in-between bands and artists you can hear sweet sounds coming from the DJ decks from Jagwar Ma’s Jono Ma, Superfood as well as a host of This Feeling DJ’s.  ‘Wall Of Glass’, anyone?

If you are heading Reading then you are in for a serious treat.  The bill for this year’s edition of the Jack Rocks This Feeling stage can be seen below. 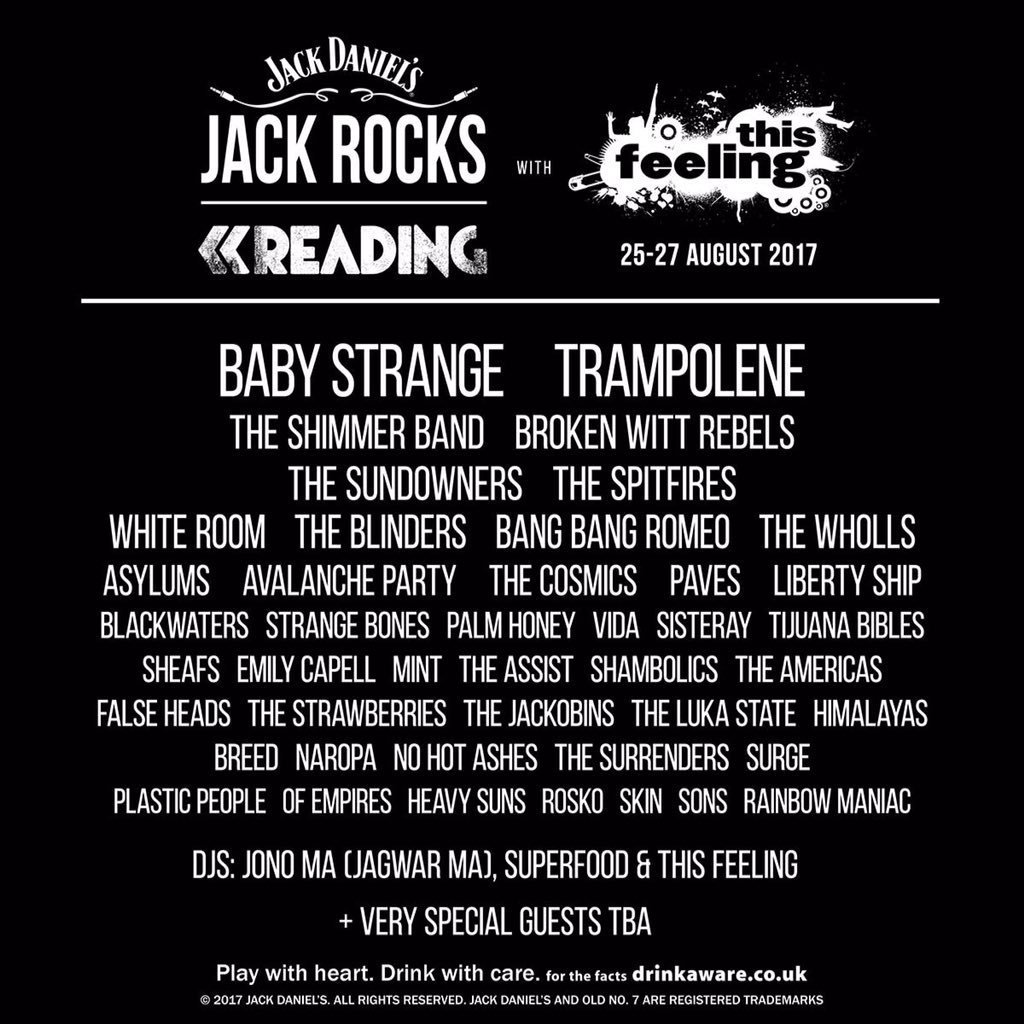 In Place Of War announce GRRRL, their biggest Production Project to date

The Cosmics unveil plans for a series of UK shows