A festival to top all festivals, Latitude is returning for the eighth year to satiate the cultural hungerings of the 35,000 lucky guests. The eclecticism of the fantastical event is its greatest attraction, offering a banquet of the finest artists across the spectrum of performance. More than 500 acts are set to take to the stage over the course of the three day extravaganza, showcasing some of the world best of music, comedy, theatre, poetry, art, film, literature, cabaret and academia, this haven of wondrous delights will leave you spoilt for choice.

Call me boring but sometimes festivals can be too much of a good thing, standing in the rain watching the 15th band of the day, Latitude’s array of spectacles leaves no time for that. Dipping in and out of the different areas you can sneak away from the music to indulge in another art.

The artistic approach attracts an audience with a love for the extraordinary, which lends to the buzzing atmosphere that is more than just a little bit magical. Scouring over what seems like endless reams of performers the pips of excitement at beloved names are too numerous to keep track of. A headline act from Kraftwerk, as well as Foals and Bloc Party will undoubtedly blow your mind. Along with established acts it is almost certain that walking through the site you will encounter the next big things on the music scene, savvy yourself up on the music that is set to tickle your taste-buds in the coming months. Don’t miss Daughter, the female fronted 3-piece, sure to be a hit with any XX fans. Temples, James Blake and the recent support act for Postal Service, Stealing Sheep are all promising show stopping performances in the Suffolk countryside. 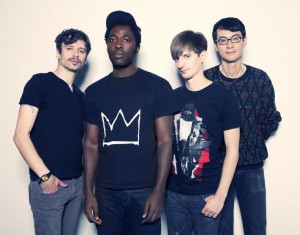 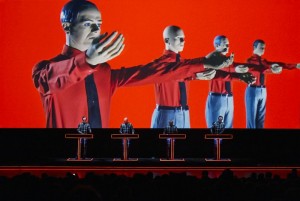 Latitude has taken up a theme of ‘What defines me?’ this year, further diversifying with special guest speaker Professor Ian Robertson who is the Chair of Neuroscience at Trinity College Dublin. Exploring scientific approaches as well as philosophical, audiences will be encouraged to be reflexive about their own formation.

Comedy gold is to be delivered in the form of Black Books comedian Dylan Moran. Wonderfully weird ramblings are guaranteed. Catch new blood Romesh Ranganathan before he inevitably shoots to stardom after winning a Dave comedy award.

Latitude’s programmer of the Arts Arena Tania Harrison has commented that the whole event is a ‘playground of possibility’, and it surely is, for the festivalgoers as well. The difficulty lies in choosing between the impeccably selected performers. 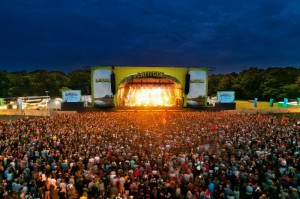