Liam Gallagher reveals further details regarding debut solo album As You Were.

The first record from Ex-Oasis and Beady Eye frontman, Liam Gallagher is set to be released on October 6 2017, via Warner Brothers. As You Were has apparently been produced by Greg Kustin (Adele, The Shins) and Dan Grech-Marguerat (Lana Del Rey, The Vaccines).

Although the tracklist has yet to be announced (you can bet your bottom dollar that ‘Wall Of Glass’ is set to feature head-and-shoulders above the rest) the artwork for As You Were has been unveiled.  The official As You Were LP cover can be seen below. 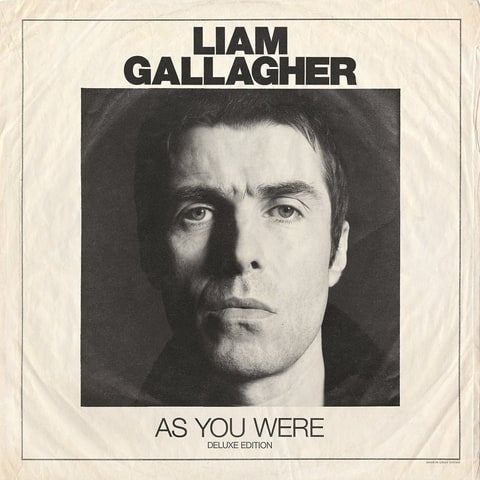 Of the record, Liam Gallagher said “I didn’t want to be reinventing anything or going off on a space jazz odyssey.  It’s the Lennon ‘Cold Turkey’ vibe, The Stones, the classics.  But done my way, now”.  So, you reckon it’s pretty alright then, LG?  The quote from Liam Gallagher was reported by Stereoboard.

As You Were is available to pre-order now.

News
As you were liam gallagher