New Order returned to Jodrell Bank to headline the final day of Bluedot Festival 2019. The band last played in 2013 as part of the ‘Transmission’ sessions was a memorable night for those lucky enough to be present, and tonight’s return hearing was no different.

Arriving at Bluedoton the Sunday after a two days of torrential rain we expected the place to be downtrodden. We were not wrong with mud up to our ankles. The cashless bars were easier to navigate than expected though.

Despite the mud and clouds the site was still full and the punters in lively spirits despite having two days of partying in them. We heard tales of epic sets from previous night’s headliners Kraftwerk and Hot Chip whilst there was a large proportion of families also enjoying the science and technology aspect of the event. 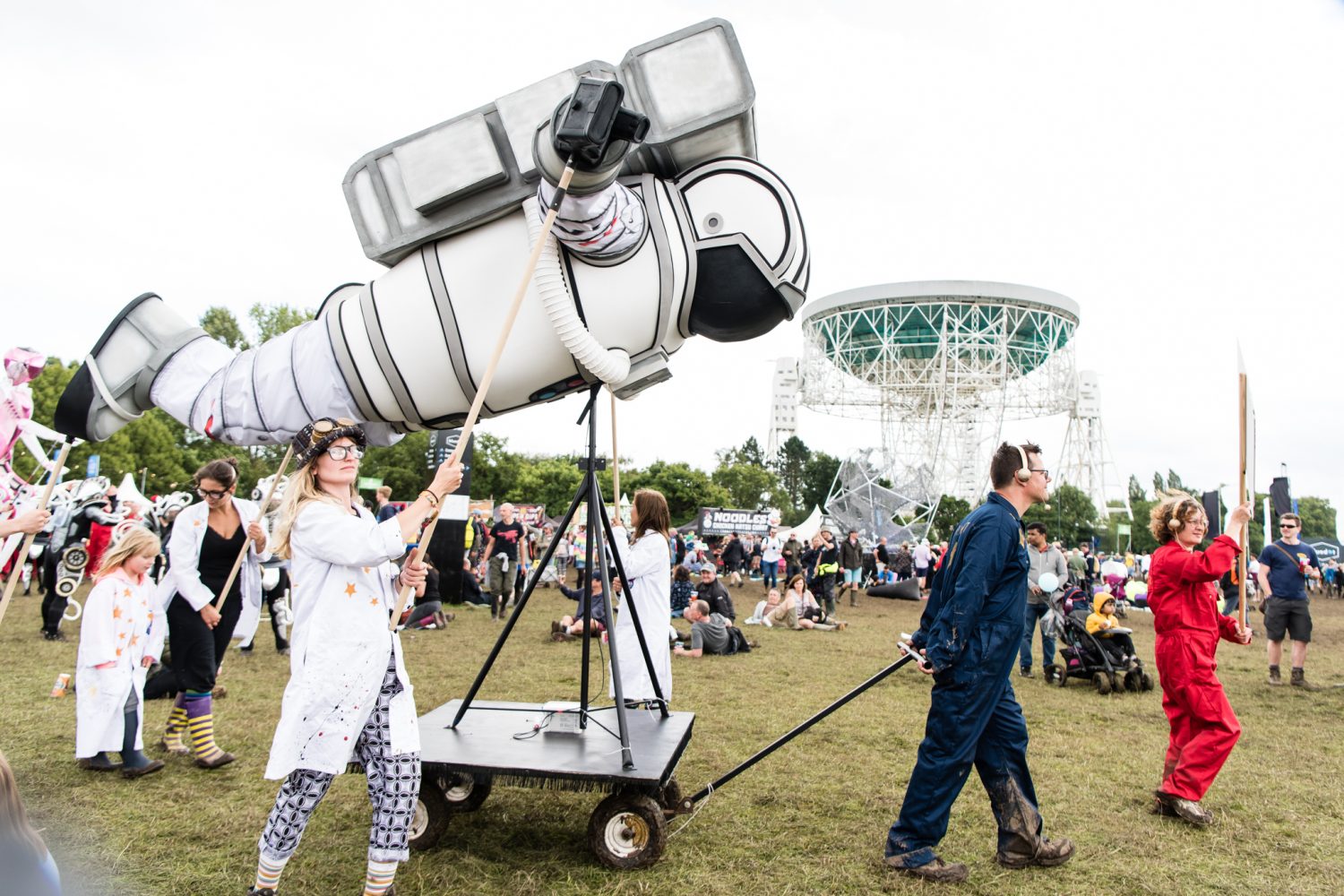 Ace sets on the Lovell Stage from The Lucid Dream and She Drew The Gun got the day off to a thumping start (including a mega cover of The Beloved’s ‘Sweet Harmony’ from the latter’) before the stunning Anna Calvi left us in awe and John Grant had us memorised. 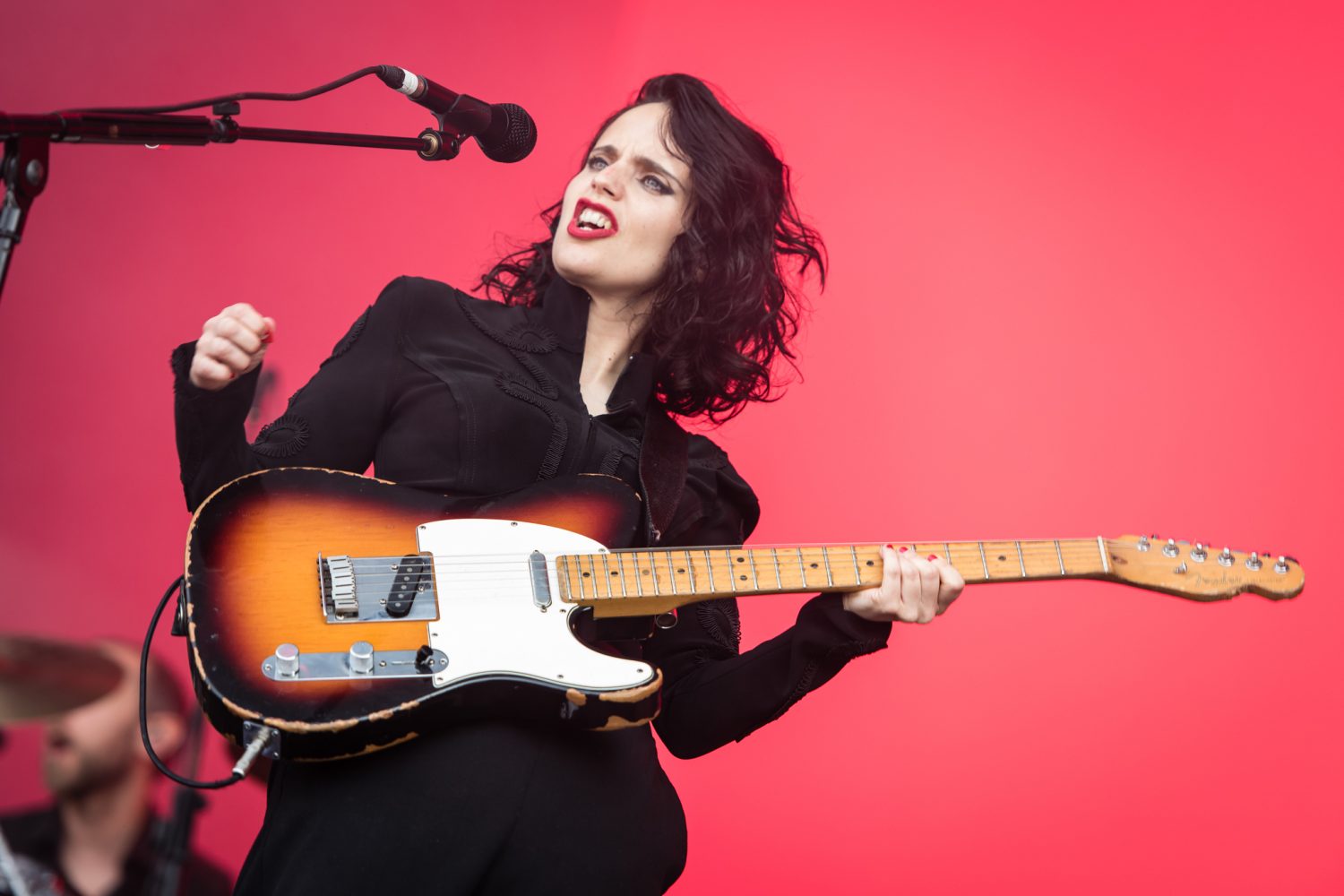 As the sun set, the rain came and added to the amazing atmosphere amongst the huge crowd that had gathered for headline act New Order.

With the gig being something of a homecoming and so soon after the 40th ‘Unknown Pleasures’ anniversary there was special atmosphere for tonight’s gig. Not that this was a walk down memory lane by any means as the band open up with ‘Singularity’ and ‘Restless’ from their epic 2015 album ‘Music Complete’. 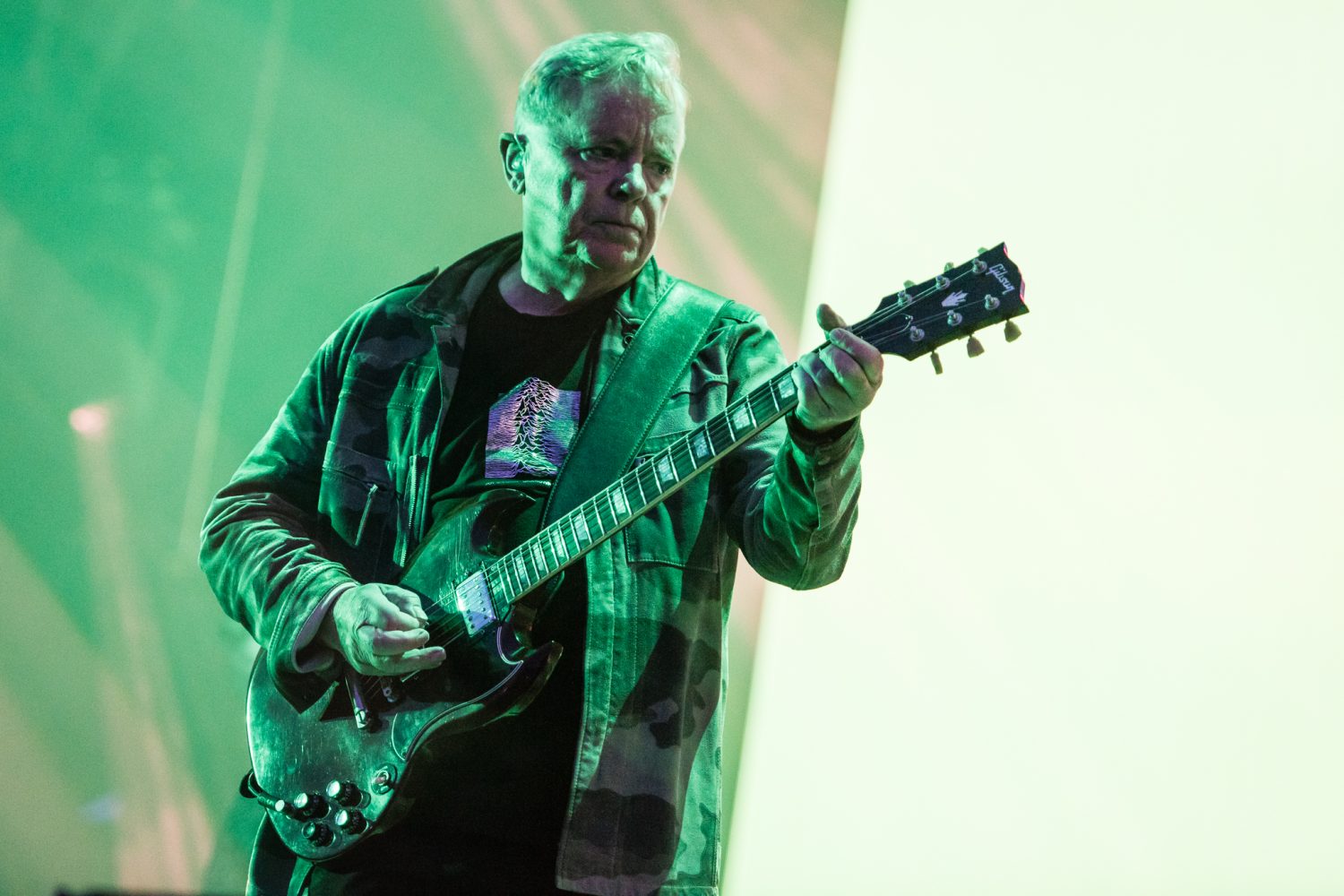 Bernard then states that they aren’t going to play any Joy Division songs “well, except these two” before launching into blistering versions of ‘She’s Lost Control’ and ‘Transmission’.

‘Your Silent Face’ and ‘Tutti Fruitti’ follow before an epic version of the timeless singles ‘Sub-Culture’ and ‘Bizarre Love Triangle’ and modern classic ‘Plastic’. The set ends with a perfect festival tracks ‘True Faith’, ‘Blue Monday’ and ‘Temptation’. 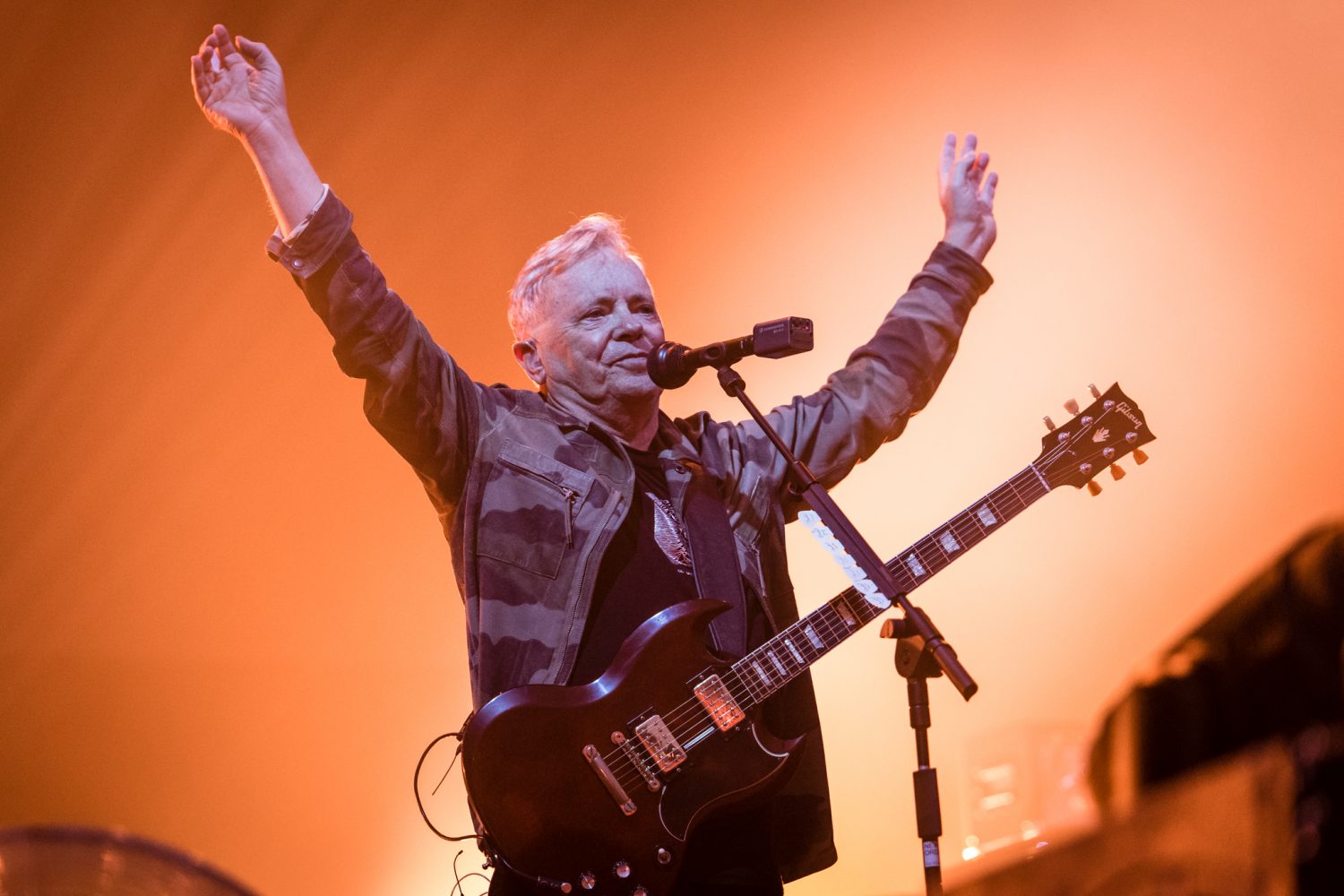 The best is still to come however as band return for an epic encore of ‘Atmosphere’ played with images of Anton Corbjin’s video to ‘Atmosphere’ on screen. Ian Curtis’s face then appears and the crowd respond with an emotional round of applause. 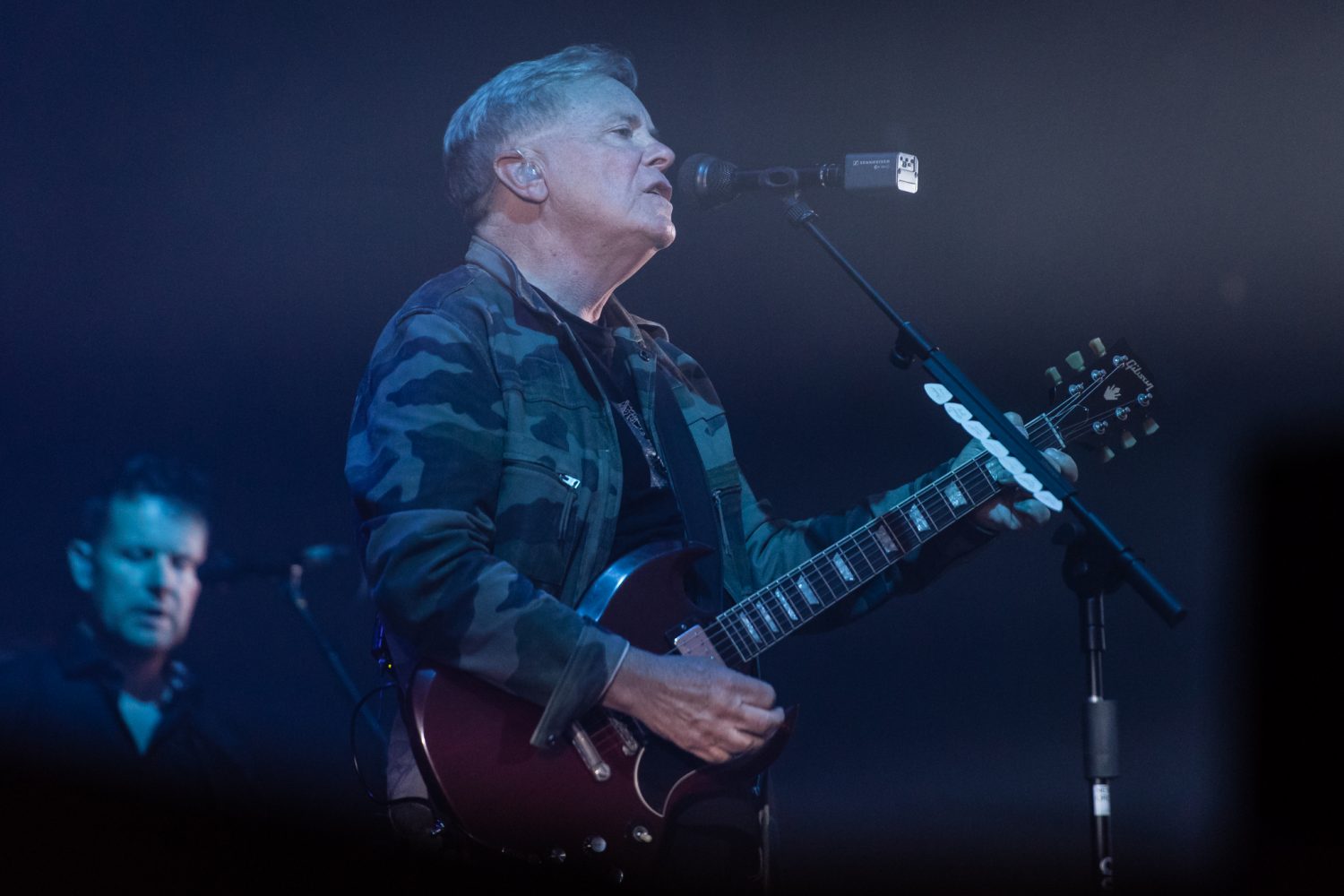 This all sets it up perfectly for ‘Love Will Tear Us Apart’ finale as a crowd of weary and wet festival goers sing back every word.

A fitting end, to an amazing day. Bluedot, you were brilliant.

Check out our picture review HERE

This Feeling Track of the Day: Weird Milk ‘Honey, I’m Around’