Over two days in East London’s Haggerston Park, some of the biggest and best artists from a number of Bass music genres wowed the crowds and performed some truly memorable sets. Grime, Hip Hop, Drum & Bass and Garage were all represented along with a host of other genres as artists celebrated the present and future sounds of London.

Our festival experience began by taking in the sounds of rising Grime trio YGG, who graced the Lord Of The Mics stage with their presence. With back-to-back bars and a passionate love of their craft on show, the group impressed in their short slot and set the day off with a real bang. They were swiftly followed by Nottingham-born MC Mez who also impressed with a live set over some hard Grime instrumentals that showcased his ability to wow a crowd.

Ray BLK was another artist who impressed during the earlier part of the day and her smooth vocals flowing from the main stage gathered a very decent crowd. Her track ’50/50′ gained the biggest reaction from her audience and she seemed genuinely excited to be making her first appearance at the East London event.

With The Square, Bugzy Malone, Avelino, Jammz and Lady Leshurr, we were in the presence of some supremely talented artists and being able to witness each of them put on a standout performance made Born & Bred a real festival treat. After US rapper ILOVEMAKONNEN got everyone dancing to his best known hit ‘Tuesday’, it was time for the moment we’d been waiting for – Wiley & Slimzee. 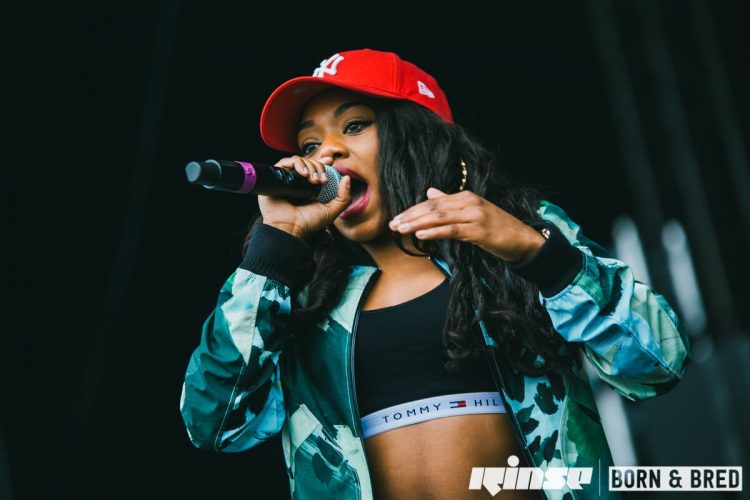 As a co-founder of Rinse FM and early pioneer of the Grime scene, Slimzee is without a doubt a legendary DJ in the game. Wiley too is one of the scene’s most reverred artists and his nickname as the ‘Godfather Of Grime’ says it all, so when these two were to join forces for a set in East London, the birthplace of Grime, everyone and their nan was brimming with excitement. There was only one issue – Wiley didn’t show up. With a reputation for not turning up to shows or even to his own video shoots, we shouldn’t really be surprised but the timing just seemed so right for these two to really showcase what the genre was all about to the masses.

Instead, we were lucky enough that P Money, Blacks, Jammer, Wiley’s brother Cadell and more stepped in and put on a superb performance over Slimzee’s classic beats with P Money donning a ‘Fuxx Azealia Banks’ t shirt in reference to the American rapper who had been dropped as a headliner of Born & Bred due to her racist, homophobic and anti-British music tweets a few weeks before the festival’s opening. 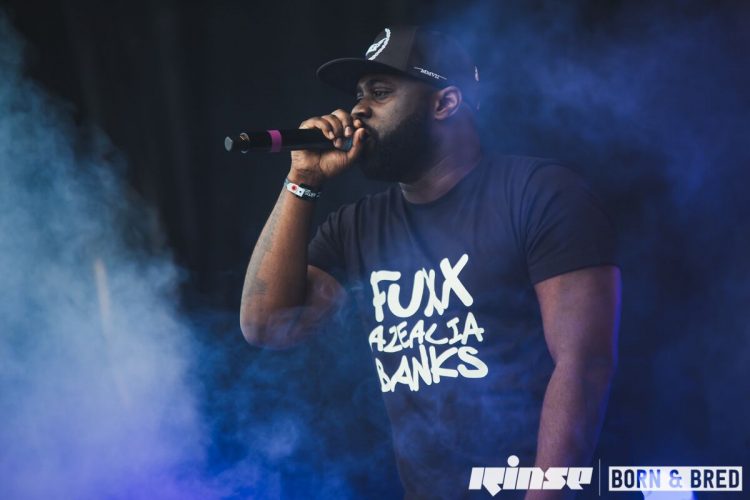 D Double E and Footsie aka Newham Generals followed up with another dynamic Grime set before Congo Natty closed the main stage with his upbeat party-starting Jungle anthems. But it was in the smaller tents where we ended our evening, firstly taking in a set from Logan Sama alongside some legendary company including Walthamstow MC Bruza, before heading over to catch the Dead Team and their leader CASisDEAD who played an eclectic show, mixing some hardcore rave tunes with his brand of drug-referencing rhymes and we were even lucky enough to hear an exclusive performance of his new track alogside Chase & Status.

So Day 1 was over, but we were back for the second day and the first set we wanted to cacth was A.G. Cooke. As the founder of the incredibly unique label PC Music, Cooke has been part of the genre defining sound that has pushed the boundaries of contemporary electronic music in recent years and we loved his live set which featured tracks from his label and also remixes of pop tracks from the likes of Zayn Malik and more.

Fast-rising rapper Nadia Rose then took to the main stage and made an impression that most artists could only dream of making at a festival. When technical problems struck, the Croydon rapper refused to be defeated and called on her friend Bamz who beatboxed whilst Nadia sprayed some bars. It was a moment that showed a real strenth of character and also helped her gain a number of new fans.

Crazy Cousins and Kyla were next up for our eyes and ears on the main stage and having just been sampled by Drake on his chart topping track ‘One Dance’, there was a serious crowd out to see what they were all about. Thankfully they didn’t let the crowd down at all and played a solid set before Crazy Cousins was joined on stage by MC Versatile who made sure the UK Funky vibe was alive and well.

A surprise then occurred when Katy B took to the stage for a secret set that saw her perform her hit tracks ‘Lights On’ and ‘Katy On A Mission’, much to the delight of the sun soaked crowd. But it was the energetic Novelist who brought our Born & Bred experience to a close. As well as performing well known tracks such as ‘Lewisham McDeez’, Nov brought out his collective of MCs to showcase his brand new up & coming genre Ruff Sound. In the same vein as the now well known Grime genre, Ruff Sound is upbeat, vibrant and full of fast paced lyrics spat with real venom and when Novelist brought out Vision Crew to perform the first ever Ruff Sound set at a festival, you know you were watching something historic. 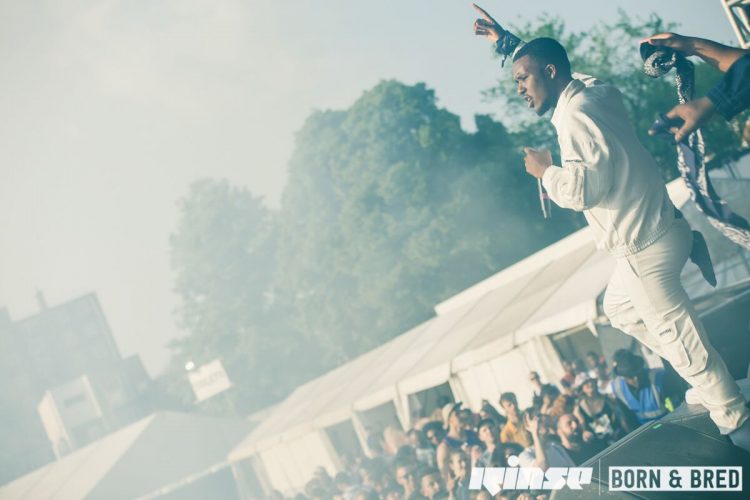 So in a nutshell, Rinse | Born & Bred 2016 was a brilliant festival. With two days of impressive artists, pure sunshine and one of the easiest trips home for all Londoners like myself, it’s difficult to fault. With the exception of Wiley’s absence, everything ran perfectly and we’re already eagerly anticipating next year’s event.