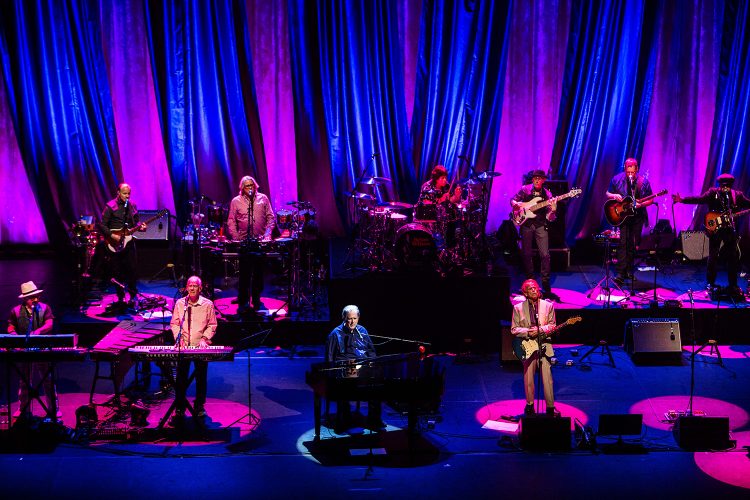 Ambling onto the stage with little fuss or warning (other than his name in lights on the front of the building of course), Brian Wilson will tonight perform Pet Sounds in full. Not only is this monumental because 2016 marks 50 years since one of the most celebrated albums of all time was released – it’s also the last tour that will see it performed in its entirety, having previously celebrated the 40th anniversary, as well as touring in the late ’90s following a battle with stage fright.

There’s no sign of fear tonight, however; if anything Wilson is beyond comfortable on stage, performing from behind a baby grand piano with ten other musicians – all of whom are completely necessary in achieving those rich Pet Sounds. Most notable is Al Jardine to Brian’s left, an original Beach Boy whose sweet vocals have failed to succumb to the half century strains since they were first recorded. It’s bizarre to hear those tones leave his mouth, like seeing a 70-year old Bieber performing a pitch perfect ‘Baby’, but it’s clearly something that runs in the family, as his son Matt performs falsettos throughout the evening. Once the tour has come to an end there’s no doubt he could find work for life touring the world performing Beach Boys material… “A Beach Boy’s Boy” perhaps. 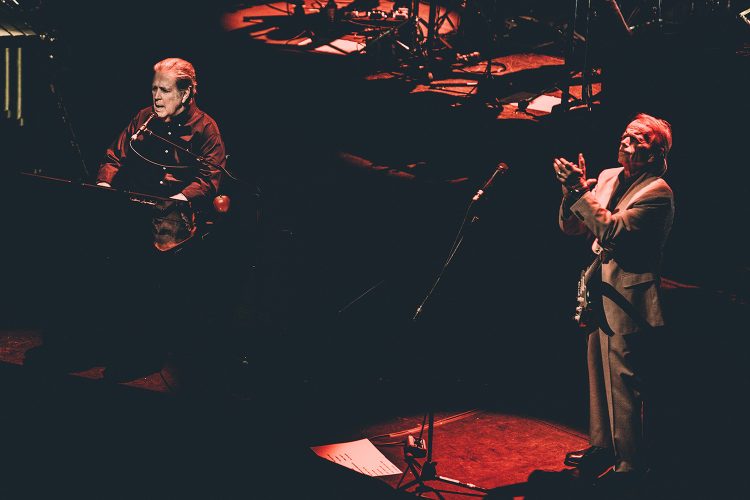 Of course the band’s sound was never about one voice, and the harmonies are present and on point from the word go. ‘Our Prayer’ (from Smile, the Pet Sounds follow up that almost never was) is pure vocal layers, swiftly followed by the three-part ‘Heroes And Villains’ (another Smile number) before ‘California Girls’ begins a run of the real classics. Wilson’s aforementioned comfortable state sometimes looks borderline boredom however; when he doesn’t have a part to play his arms hang from his side, as he stares ahead as if the audience were a mirror to the horizon.

At times it’s almost comical: when billed guest star Blondie Chaplin (a short time Beach Boy who spent a decade touring with the Rolling Stones, seemingly keeping a little bit of Keef with him) brings some rock ‘n’ roll ‘n’ fuzz to the set, Brian’s follows him across the stage as if a mini tornado was circling him. Later he checks his watch during a sax solo, before upping and leaving at the end of set 1 while the rest of the band play on. 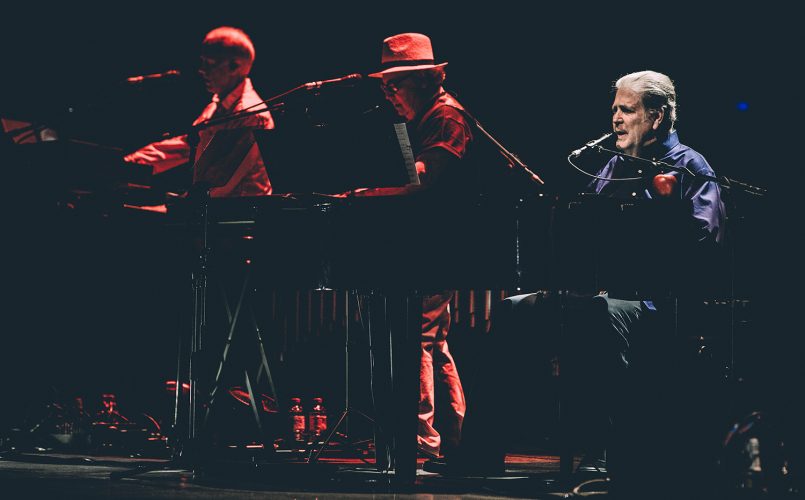 Despite battles with alcohol, drugs and mental health, the perfection of Pet Sounds – written, arranged and produced by Wilson – was his gift to the world. On record it’s hailed as one of the greats, on stage it’s greater, and while ‘Wouldn’t It Be Nice’ segues seamlessly with their tales of surfing, girls and surfing girls, this is a collection of timeless, fragile moments. ‘You Still Believe In Me’ (“Here’s a song about how after all I’ve done you still believe in me, it’s called…”) and ‘Don’t Talk (Put Your Head On My Shoulder)’ are simple ballads done spectacularly, while ‘God Only Knows’ sees Brian taking lead vocals for the entire track for one of the highlights of the evening.

That Phil Spector influenced wall-of-sound is built as strong as ever during ‘I Know There’s An Answer’ and ‘Here Today’, while ‘I Just Wasn’t Made For These Times’ is even more poignant today than when recorded by a 23-year old Brian Wilson. An encore sees Blondie Chaplin return to the stage, almost stealing the show with his tambourine moves, but not quite taking the attention as ‘Fun, Fun, Fun’ and ‘Good Vibrations’ have the Palladium on their feet. ‘Love And Mercy’ closes the set, the only Wilson solo track of the 39 performed, but proof if ever it was needed of the man’s impact on the Beach Boys’ legacy. His showmanship may be lacking something, but to hear his genius live is all that really matters.