How often do you get the chance to watch a bona fide legend down your local boozer? From The Viper Room in West Hollywood to The Railway Venue in Bromley Cross, tonight it’s the “Cherry Bomb” herself, Cherie Currie. Former lead singer with ‘70’s all-girl, rock band The Runaways, is on an eight-date Tour of the UK – starting in my favourite pub!

It’s the first night of her first-ever solo, UK tour and 38 years since she last played over here. Back then, Cherie led sexploitation group The Runaways; five teenagers whose membership included future stars such as Joan Jett and Lita Ford. Their music was riotous and provoked Beatlemania-style scenes when they played Japan on their ’77 jaunt. For this, Ms. Currie has teamed up with Poodle Rock crew Shameless to play Runaways songs, Shameless originals and some choice cover versions.

Support is the Last Great Dreamers. They appear onstage like a cross between The Quireboys and the “droog gang” from Kubrick’s “A Clockwork Orange” and proceed to blow everyone away with a power-set of punky, glammed-up showmanship. A must-see live act and please do root out their new album, “Crash Landing In Teenage Heaven.” 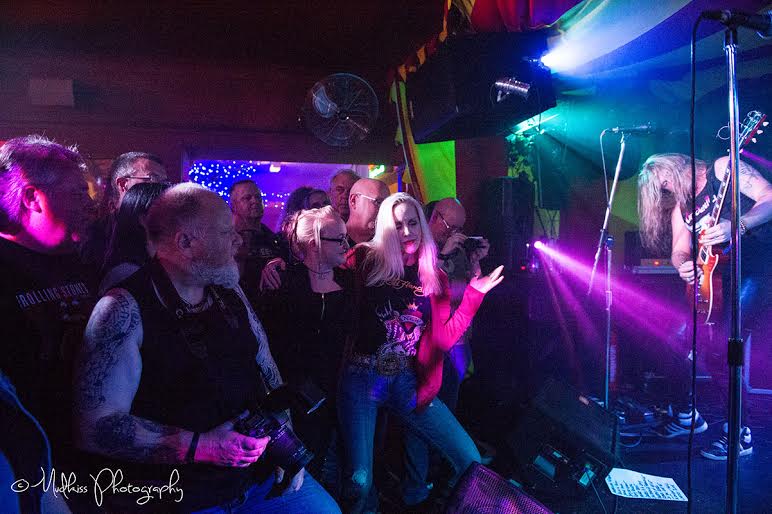 The venue’s a sell-out, this evening and we’re crushed in down at the front as Cherie takes to the stage walloping straight into “American Nights” from Runaways’ debut, album. After thanking our hosts, John and Hilary, she promises them, “We won’t let you down!” That incredible voice is still as strong as ever and she looks a million dollars at 56 years of age. Her show will feature three more songs from said debut; “Is It Day Or Night?”, grand finale “Cherry Bomb” and a supreme cover of Velvet Underground classic “Rock & Roll.” Cherie likes to involve her audience during the show, walking into the crowd and handing her mic to the punters. She’s a real, hard-working pro with an intimate conversational style. For example, she tells us the reason behind her two duets with Lita Ford on current album, “Reverie” (apparently, Ford had to sing because she’d hurt her hand and couldn’t play guitar). 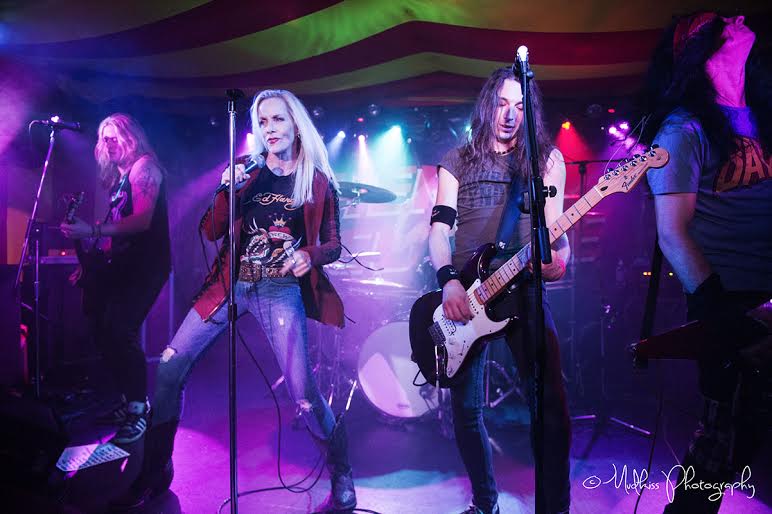 The Runaways second L.P., “Queens Of Noise”, is the focus for most of tonight’s material. We’re treated to “California Paradise”, “Queens Of Noise”, “Midnight Music” and “Heartbeat.” Ms. Currie can throw those shapes with her still-boyish figure but, at the same time, manages to remain demure and dignified. Alongside Shameless numbers, “Dear Mum” and “Queen 4 A Day”, we get three further cover versions, “Roxy Roller” by Sweeney Todd and “Rebel Rebel” by Currie’s idol, David Bowie, which segues into the evergreen, “Do You Love Me?” It’s a short concert of thirteen songs with no encores. Ever the Professional, Cherie stays behind after her gig for signing and meeting the fans.

The Runaways stuff is belted out with gusto, but the two Shameless songs are, rather unrehearsed. Cherie’s band enjoy themselves immensely despite this and so do we, actually. I’m personally gutted that no songs from Currie’s most recent album, “Reverie”, are featured other than the reworked Runaways tracks (because there are a couple of really beautiful ones on it) but tonight we’ve all witnessed a little piece of history being made. And, sadly, I think it’s my last visit to The Railway Venue, as John and Hilary are leaving in January. Please check out their new project, Spiderwood Farm, on Facebook. If only for the wonderful moments they’ve provided us with over the years, such as tonight’s remarkable coup.
Words by Richie Rochdale.
Photos by Melanie Smith 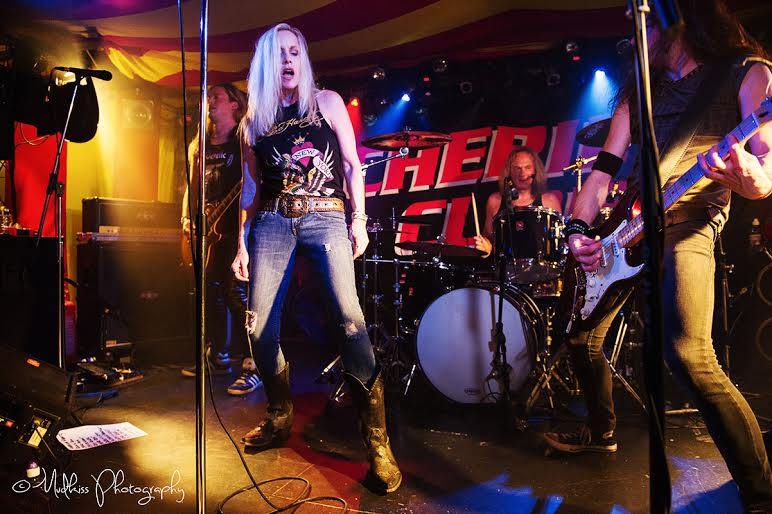 ALBUM: Mercutio ‘Back To Nowhere’