Following an overture-like intro from her band, Corinne Bailey Rae is welcomed to the stage in what seems like a very old-fashioned way. No jump up from the trap door or sudden appearance when the lights go out, but simply a “Ladies and gentemen, please welcome to the stage…”. Then again, Corinne Bailey Rae’s style has always been a little more classic. Heck, she was putting records on before you could pick them up in Urban Outfitters. 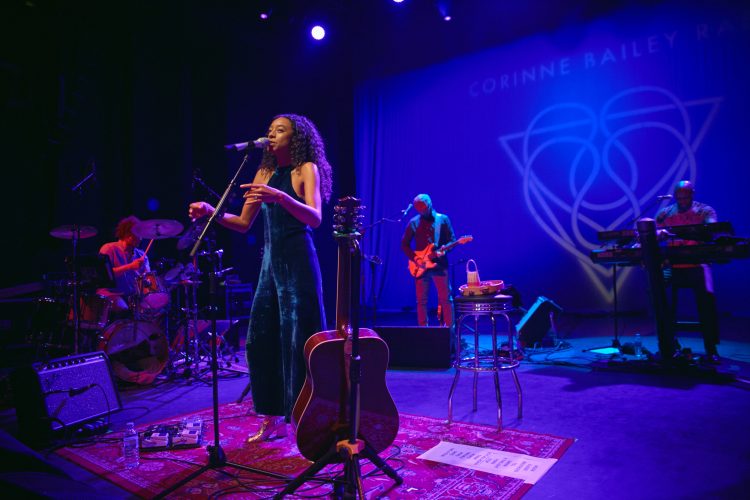 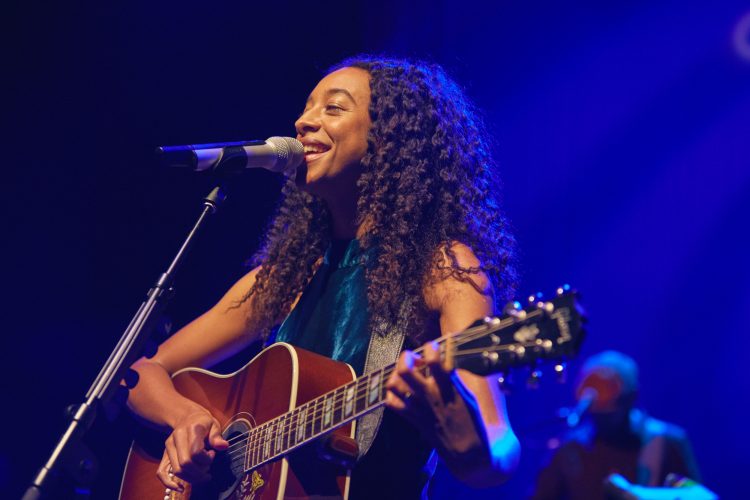 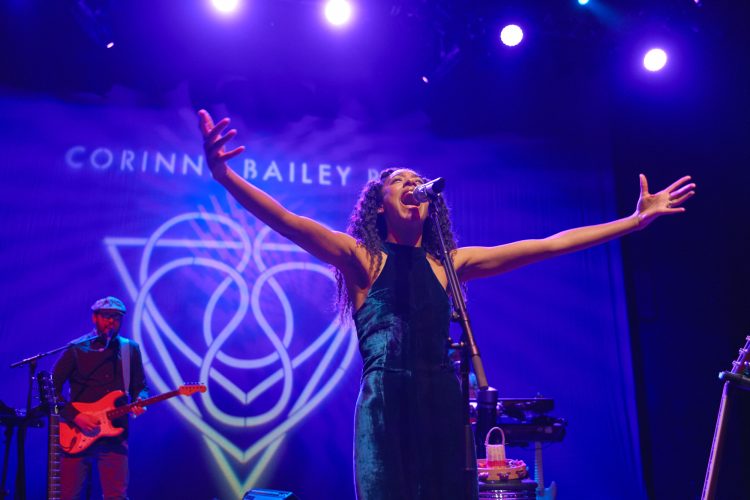 It’s been over a decade since her debut, but two things haven’t changed; her voice is still full of youthful wonder, and it’s still surprisingly strong when the emotion of the song calls for it. There are vocal acrobats on show, but rather than being the Jessie J-esque springboard and quadruple-flip in fast forward (perhaps not the technical term) hers is a smooth, perfectly timed Aerial Silk fall from the ceiling to the floor.

Despite some songs going on for a few minutes too long (perhaps Stevie Wonder offered some advice when they performed on the same day at Hyde Park this summer), it’s incredible to see how immersed Corinne is in her music. New numbers ‘Been To The Moon’ and ‘Green Aphrodisiac’ showcase the mesmerising rhythms that weave their way through this year’s album, The Heart Speaks In Whispers, as well as single and show-closer ‘The Skies Will Break’ – which is only lacking a merge into the remix a la Florence and ‘Spectrum (Say My Name)’. 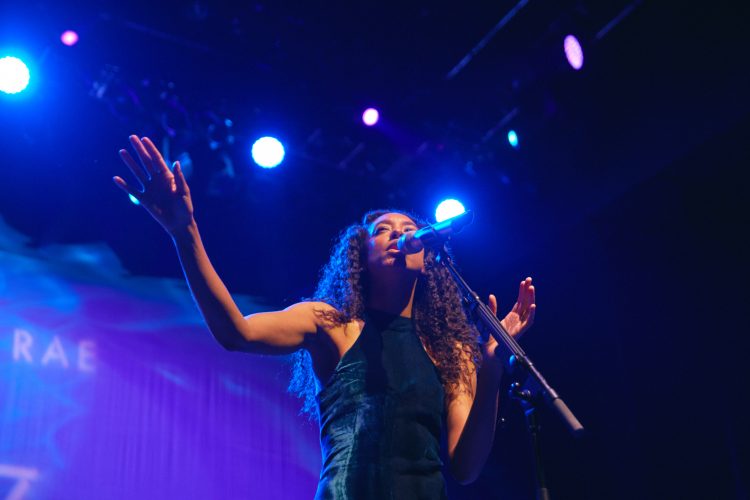 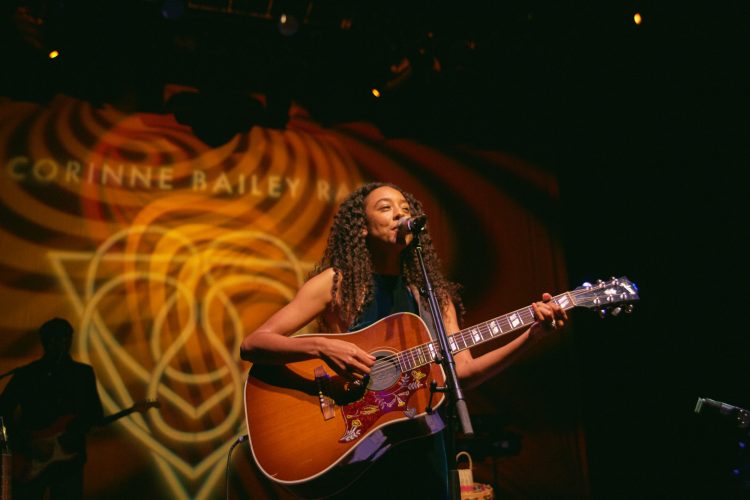 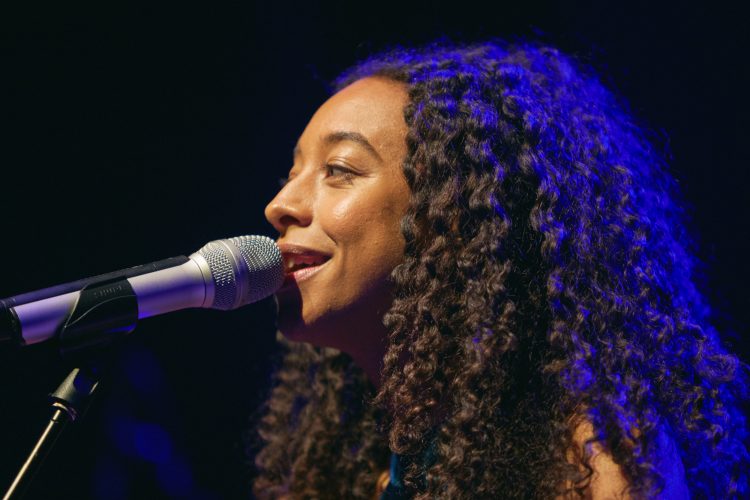 Naturally, it’s the early material that sees the biggest performance from the crowd-made choir, particularly ‘Put Your Records On’. While it might be the first song that springs to mind, encore ‘Like A Star’ proves to be her anthem, and one that defines her as an artist; gentle musically yet powerful lyrically, opening with vocals that are stark but soon build into something strong. During the set, 37-year old Corinne speaks about how important it is to live in the moment, and while her life has seen events that may have held up her career for a time, this moment shows that right now she’s exactly where she should be.