Aside from those playing new LPs in full, there are few bands – three albums into their career – who take every single track from a recent release and spread it across the set list; with just a smattering of singles and a few fan favourites to make up the rest. 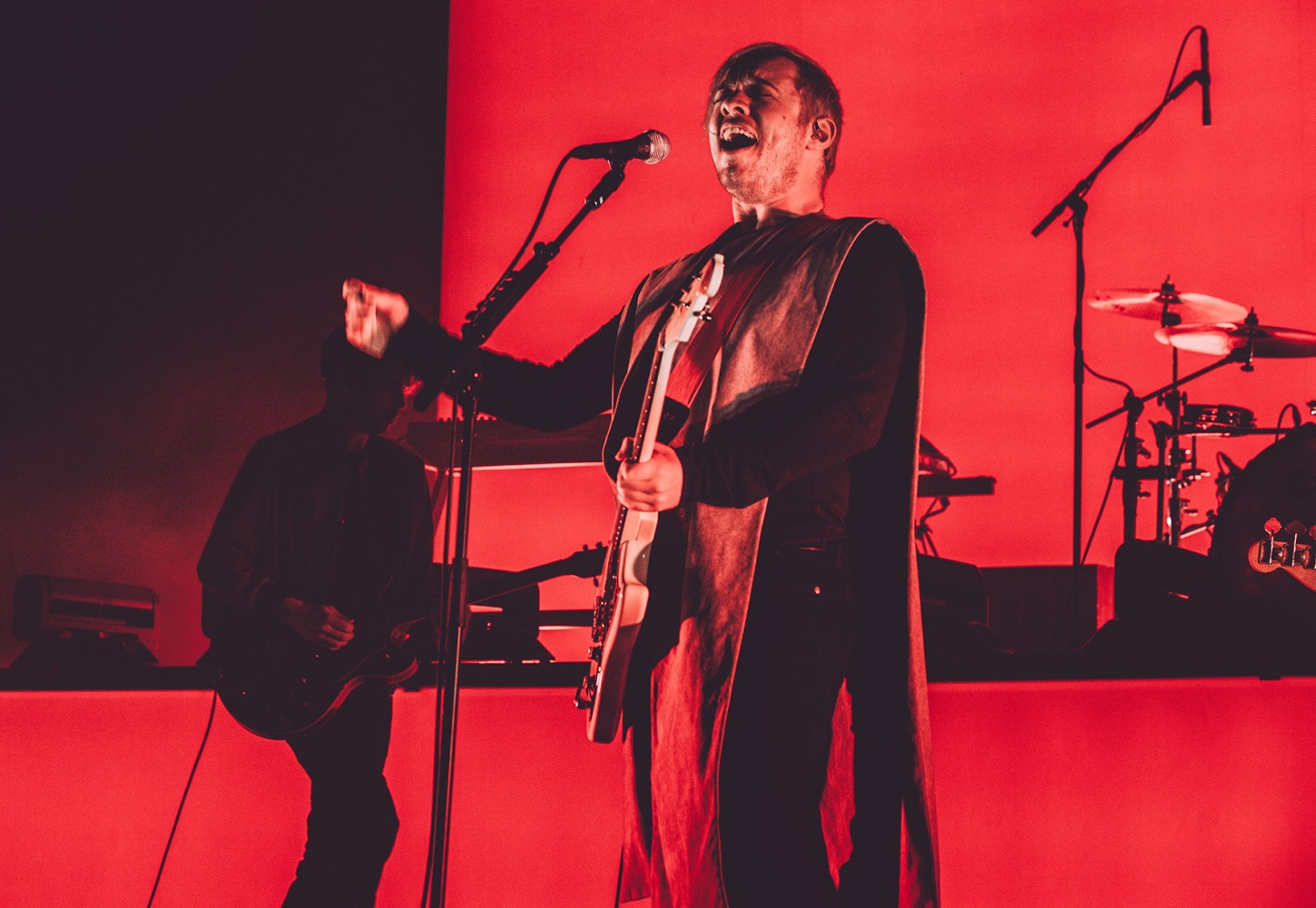 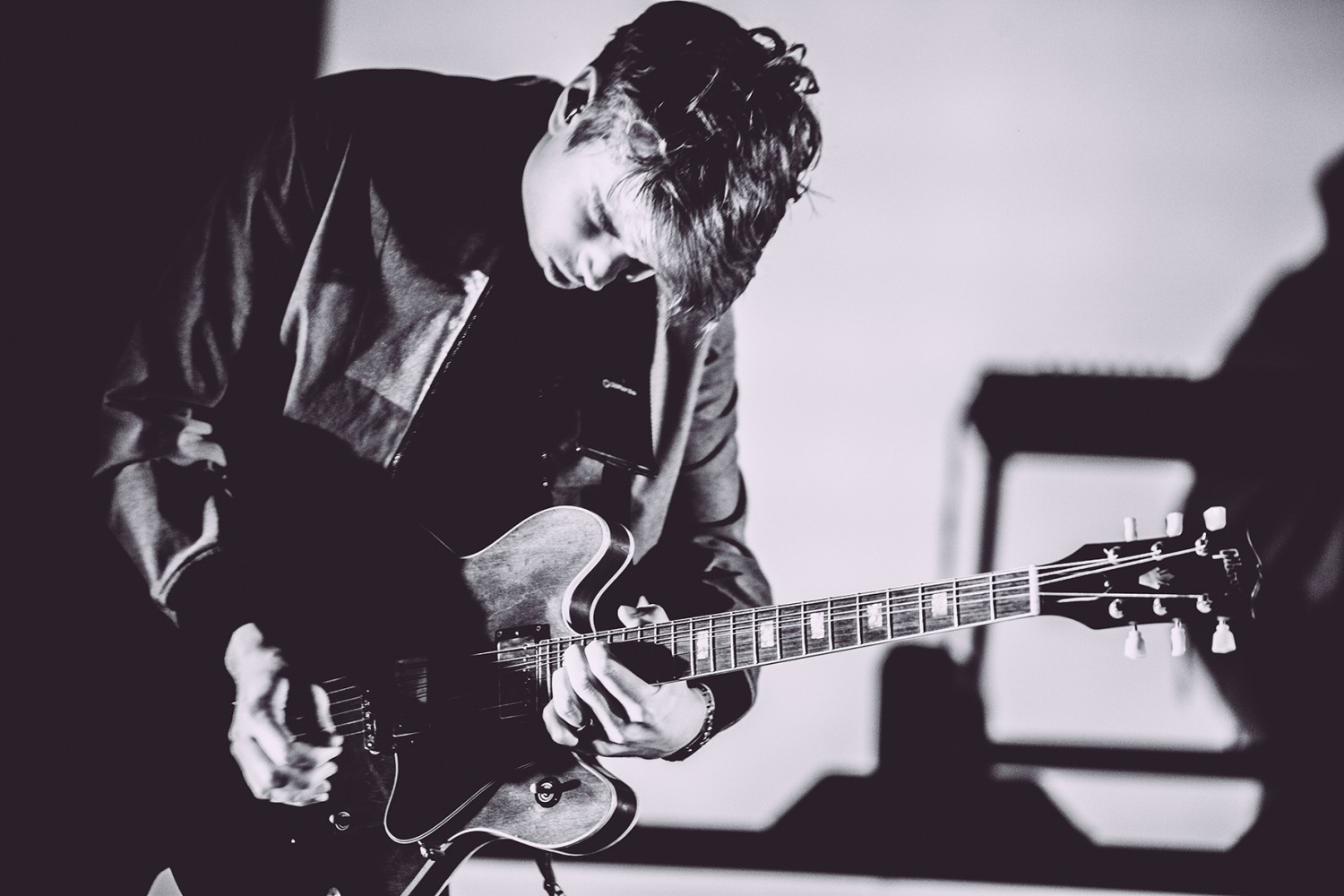 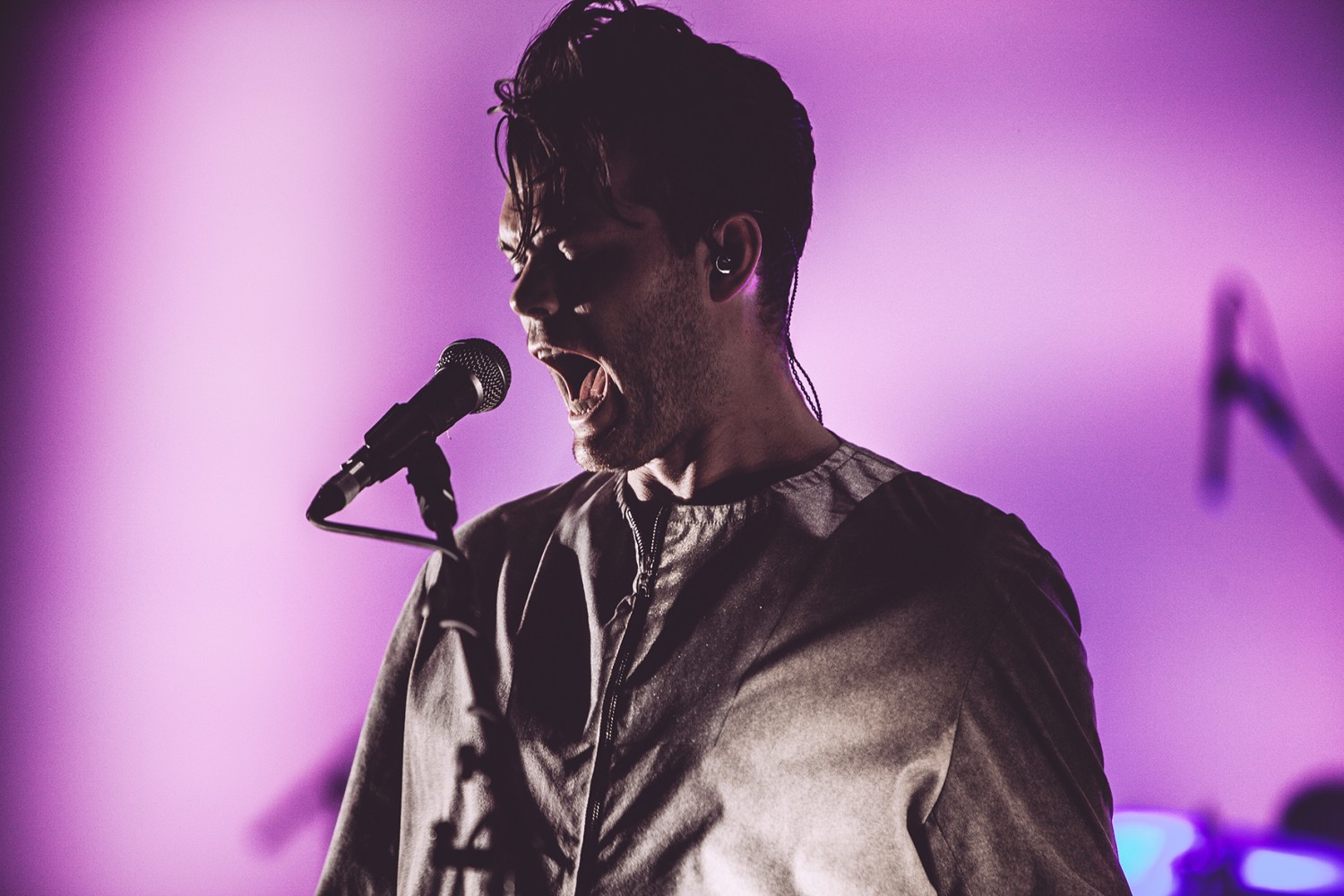 But few acts receive the critical acclaim to an album that Everything Everything have (top marks from The Telegraph and Q, and an honourable four stars from yours truly), without becoming mainstream fodder. Currently occupying a spot Foals owned before the necessary move to an arena act, Everything Everything are cult icons, putting on a festival headline worthy set to a 5, 000 strong crowd.

Backed by a huge wall of light, making each track appear like its own video, whether you label them as math-rock or art-pop, there’s no denying that the visuals for the band are as important as each held falsetto and synth flicker. Rivalling Kanye’s Glastonbury show, lights above and beside the stage give each track its own mood, with bold, bright ice-cream pink and yellow for the calypso of album title track ‘Get To Heaven’ and white strips of strobe for an operatic ‘Fortune 500’. Frontman Jonathan Higgs’ get-up (an apocalyptic, futuristic Friar Tuck perhaps) is equally impressive. 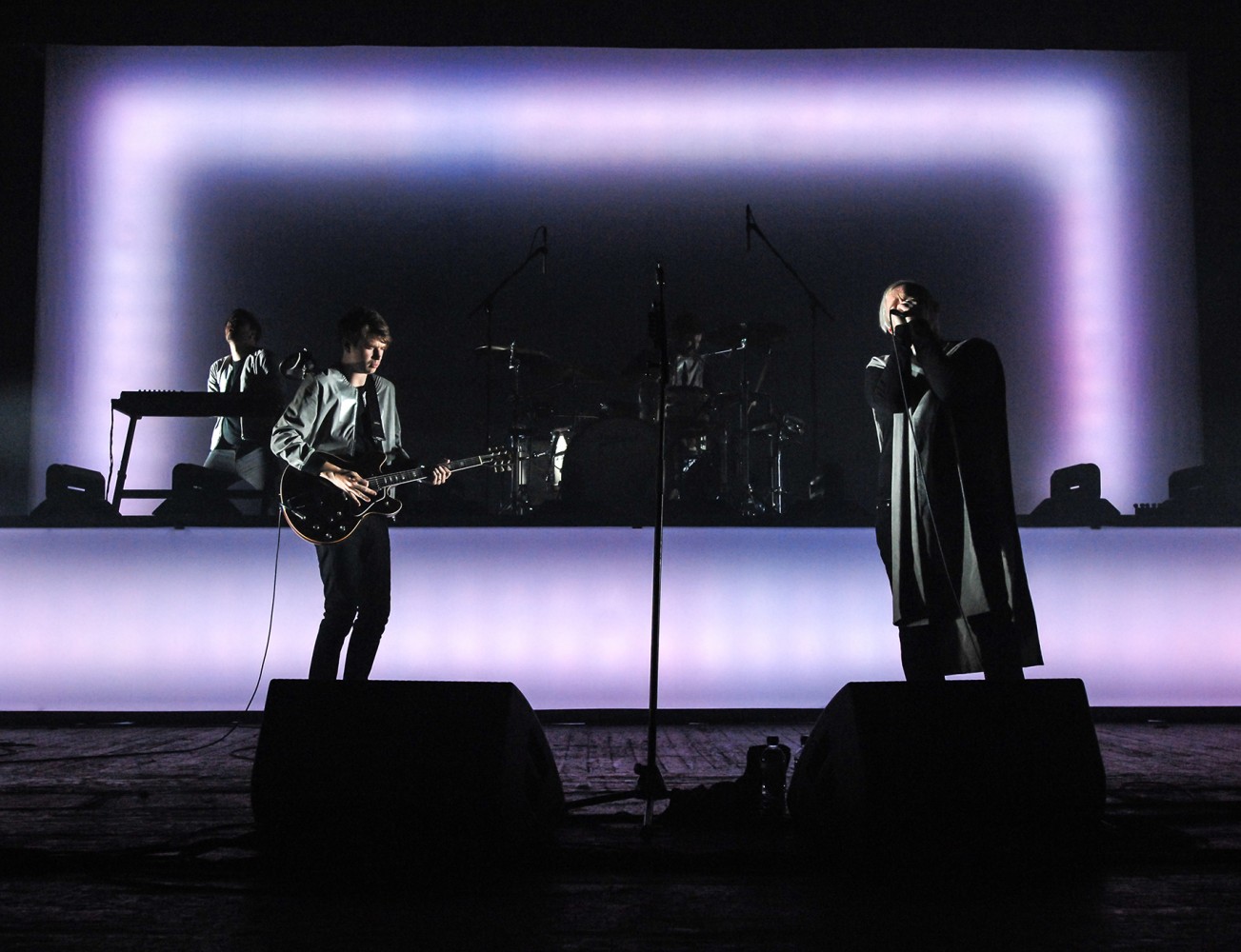 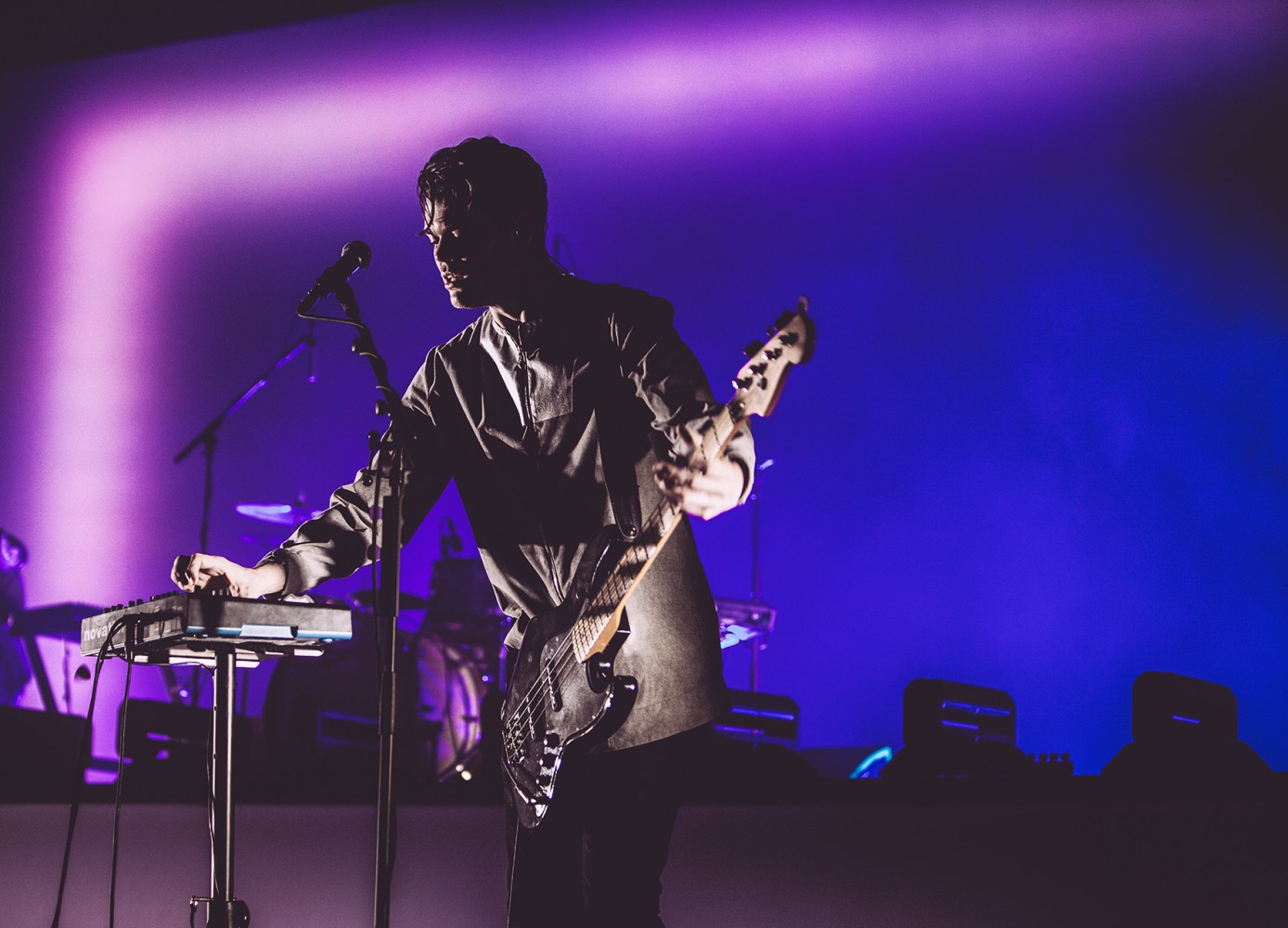 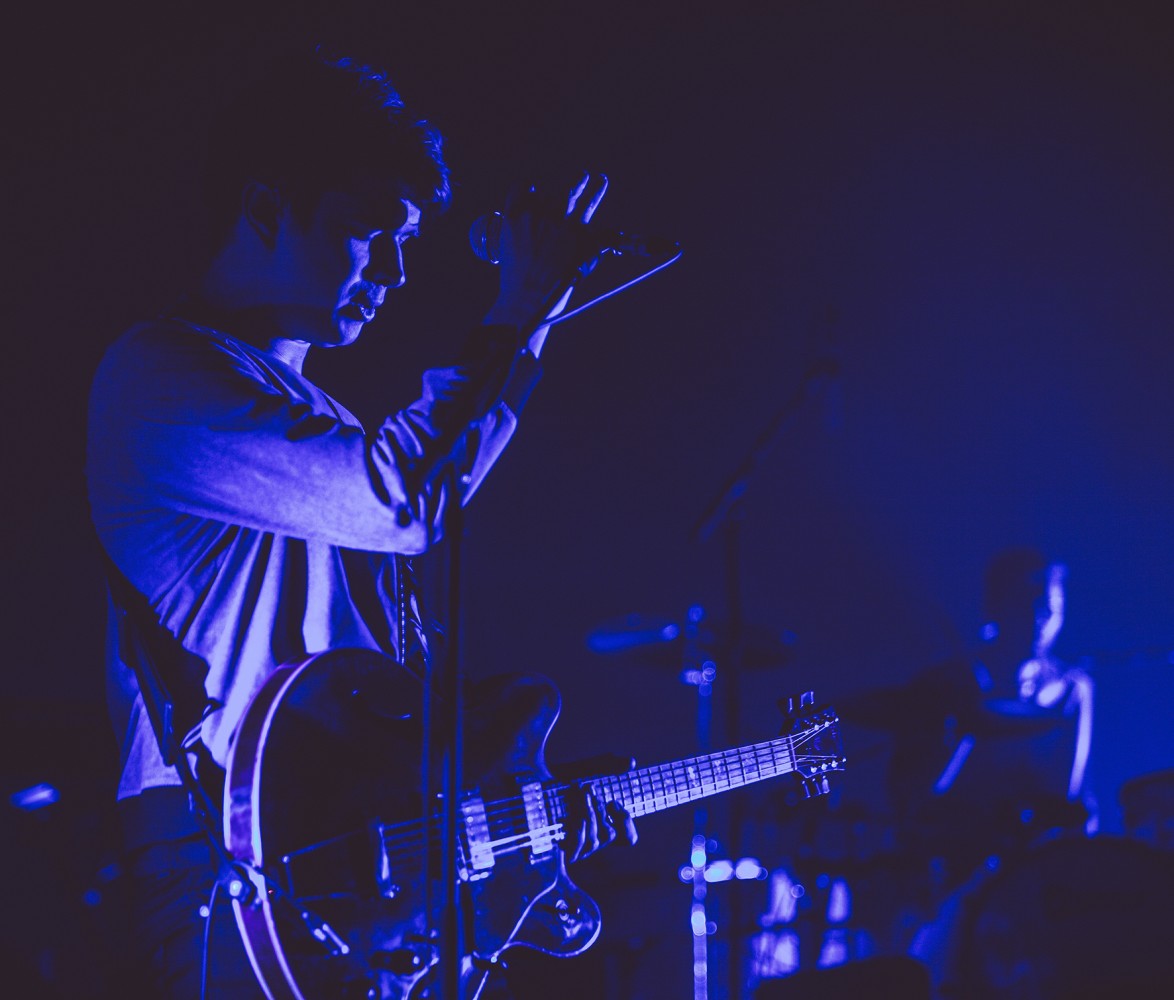 While only one single has cracked the Top 40 (‘Cough Cough’, #37) , ‘Kemosabe’ (from 2013’s Arc) brings the audience together, fists in air for the “hey!” of each chorus line, while tracks from their 2010 debut Man Alive (‘Schoolin’’, ‘Photoshop Handsome’) are met like old friends at house parties, with roars of approval and impromptu group hugs like the half-decade since it’s release never happened. (“Did you think that everything, everything would change?”)

But of course, tonight was about Get To Heaven, and the audience was more than happy with that. The sixties beat and backing chants (courtesy of support act Stealing Sheep) of ‘Regret’ and almost-African shine of ‘Spring/Summer/Winter/Dread’ keep spirits up, while the on-point vocals of Higgs’ ensure that the more sombre moments (‘Zero Pharaoh’, ‘Warm Healer’) are equally captivating, if not hypnotising. 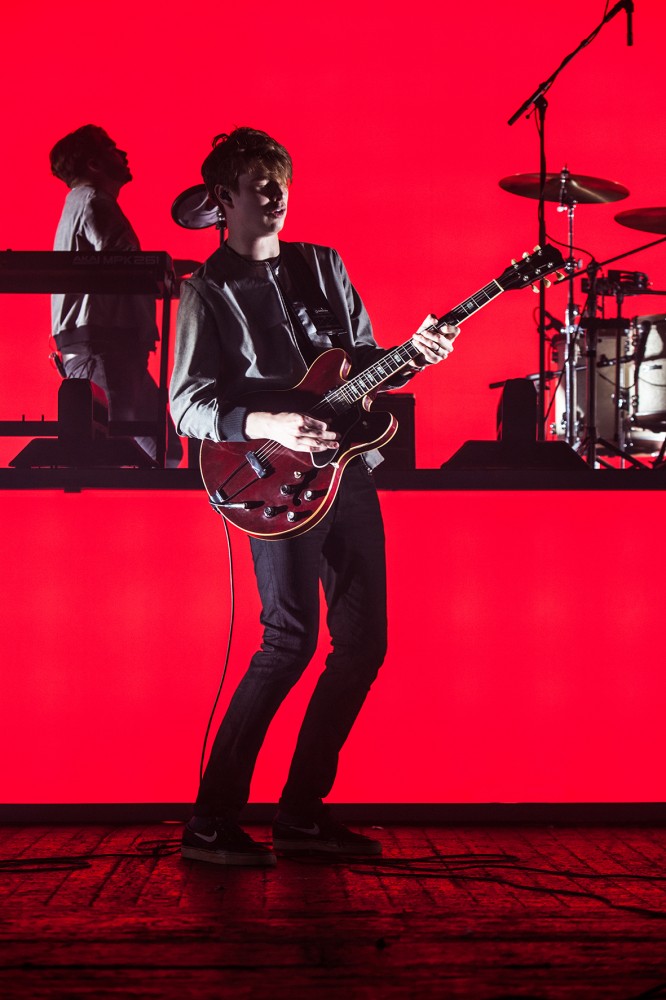 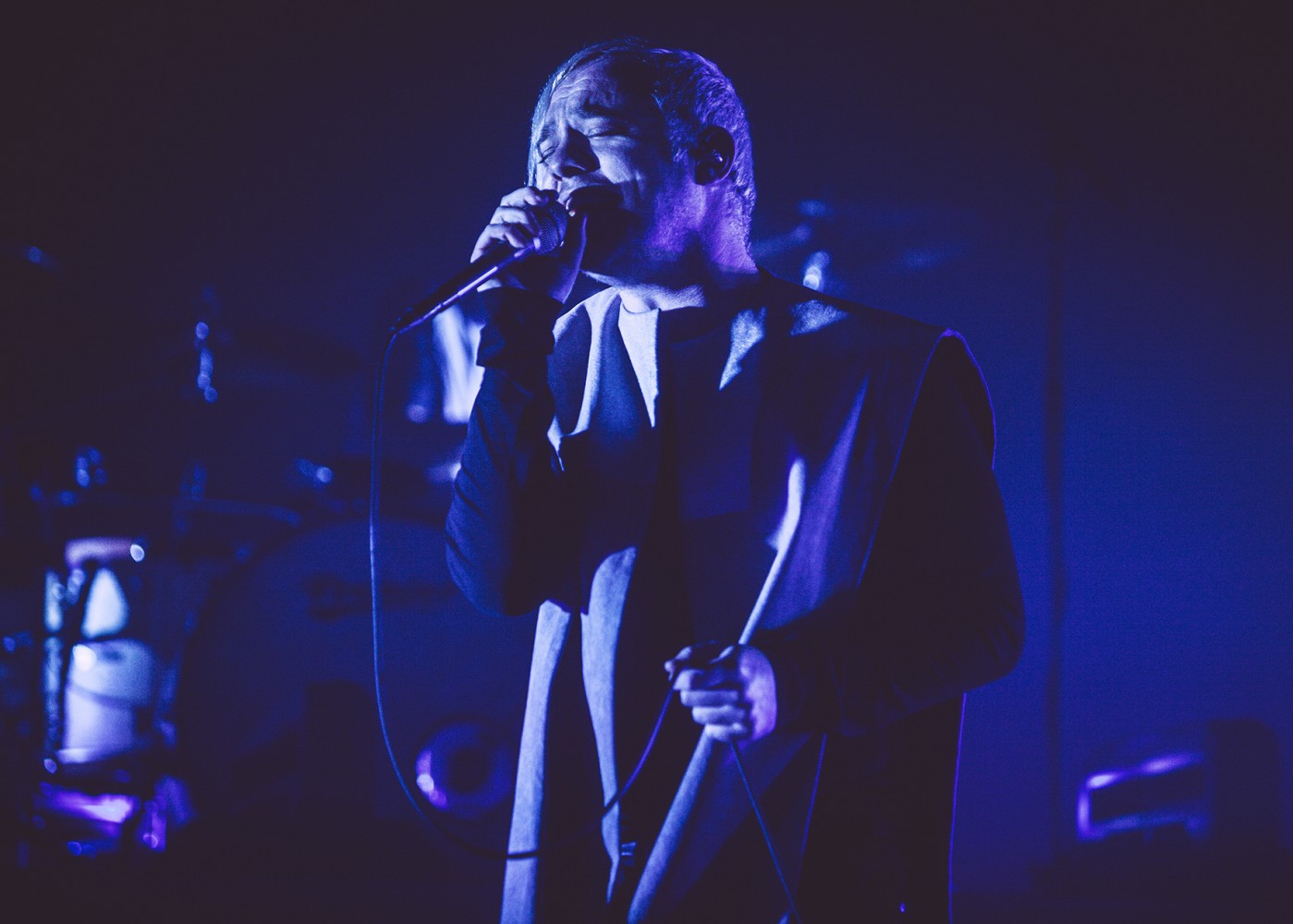 ‘Cough Cough’ and ‘Don’t Try’ take their place towards the end as expected entries, but so much faith is placed in the new record that it makes up 2/3 of the 3-track encore. The many-tempoed, forever-crescendo of ‘No Reptiles’ is almost theatrical, while ‘Distant Past’ cements its place as anthem territory; the funk-like guitar and simplicity of the chorus (“take me to the distant past, I want to go back”) combining to create something that could command an arena. No doubt it’ll come in handy when the band support those aforementioned Foals on an arena tour next year, before inevitably heading out on their own.

Live Reviews Reviews Slider
brixton academy everything everything Get To Heaven