Setting the bar high for the rest of the weekend at the Jägerhaus tent, Telegram – all skinny jeans and sunglasses – owned the stage with unapologetic force. Before entering the tent the festival seemed relatively empty (as you’d expect at 1.30 in the afternoon) yet it seemed everyone had instantly migrated to see Telegram, and quite rightly so. Despite the sunshine outside the band brought their own sort of momentary gloom (in all the best ways). With their psych-rock/shoegaze – or as they like to call it ‘bootgaze’ – the whirly guitars and aggressive drums gripped the attention of not only the audience, but the entire smoking area as well. Whilst you can question their style of music, there’s no questioning the sheer energy and dedication they quite clearly put into playing.

With their lighthearted indie tunes, Spector forced the sunshine out. Suited and booted, looking suave as always, Macpherson and the guys got things going at the main stage. Despite the jokes – “don’t all stand up for us” – the set was perfectly fitting for the festival spirit. Although, yes, it was perhaps background noise at first as they played through tracks from the new album, old favourites like ‘Chevy Thunder’ and ‘Never Fade Away’ saw the crowd begin to engage more: after all – is anyone really awake before 2pm? 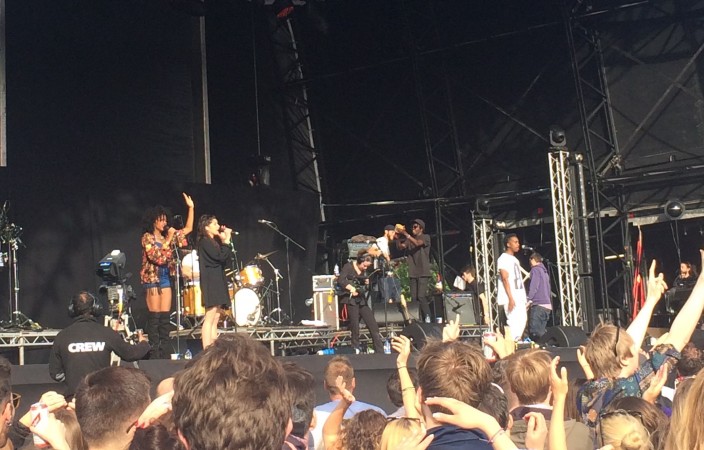 Funky and soulful, Kindness arguably stole the entire day. Despite being the supposed solo project Adam Bainbridge, it was far from being a solo act. The live band – full percussion session and backing dancers/vocalists in tow – weren’t about to fade into the background, and quite rightly so. With their endless charm, Kindness were easily forgiven for their late start – particularly with two members having only stepped off a flight an hour before – and once they were in full swing, their tardiness was irrelevant. Their energy was immense: Bainbridge hopped around the stage like a toddler after a litre of Sunny D introducing the band, whilst the backing vocalist (and at points the entire lineup) danced relentlessly. While at times it was possible to get a little distracted by the amounts of fun going on on stage, Kindness ensured their talent wasn’t forgotten; the small A capella break, and everyone taking on a percussion instrument proved their unquestionable commitment to entertaining; for only their fourth London show, Kindness smashed it. 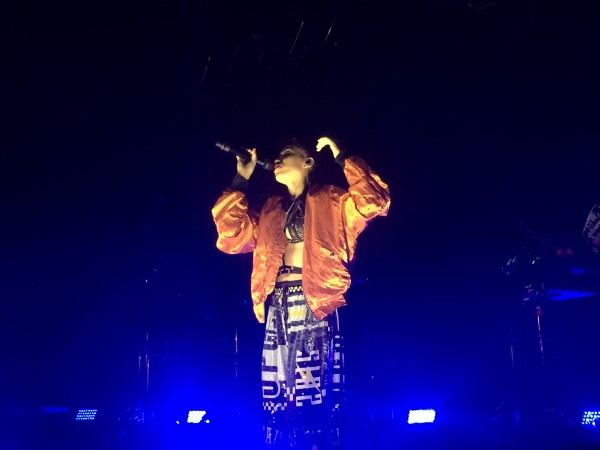 Kicking off 15 minutes late, with another spent watching nothing other than erratic strobe lighting and the smoke machine, you wouldn’t be judged for assuming FKA Twigs was about to do something astounding like materialise on stage. Although the materialising was a far off dream, FKA Twigs’ entrance – despite being a fairly standard walk on stage – wasn’t far off magical. Dressed to thrill (or kill) Twigs is, as expected, stunningly beautiful. The sound in the tent as a whole had been lacking, resulting in a somewhat disappointing set, but she gave it all she could. Constant flirting with the audience and cameras at the front as they struggled to get a distant shot through the seemingly never-ending fog, FKA Twigs played to a packed out tent of adoring fans/doppelgangers, who seemingly dismissed the sound issues and lapped up every minute. 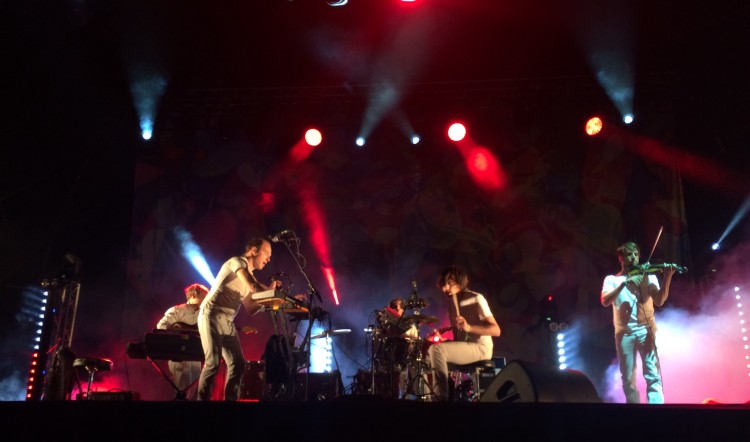 Other highlights include Django Django who perfected the summer vibe, and headliner Caribou. Winding the festival to a close, Caribou perfected the balance with the psychedelic electronica, perfecting the balance between chilling out those who were ready for a cup of tea and bed, and gearing up those set for very little sleep.