Frank Carter & The Rattlesnakes took over Shoreditch’s, Village Underground last night, in an event put on by Rough Trade to promote their latest album, ‘End Of Suffering’.

The set opened with the opening track of the album, ‘Why A Butterfly Can’t Love A Spider’, a melodic, ballad style song, easing the audience into what was set to be a wild night. 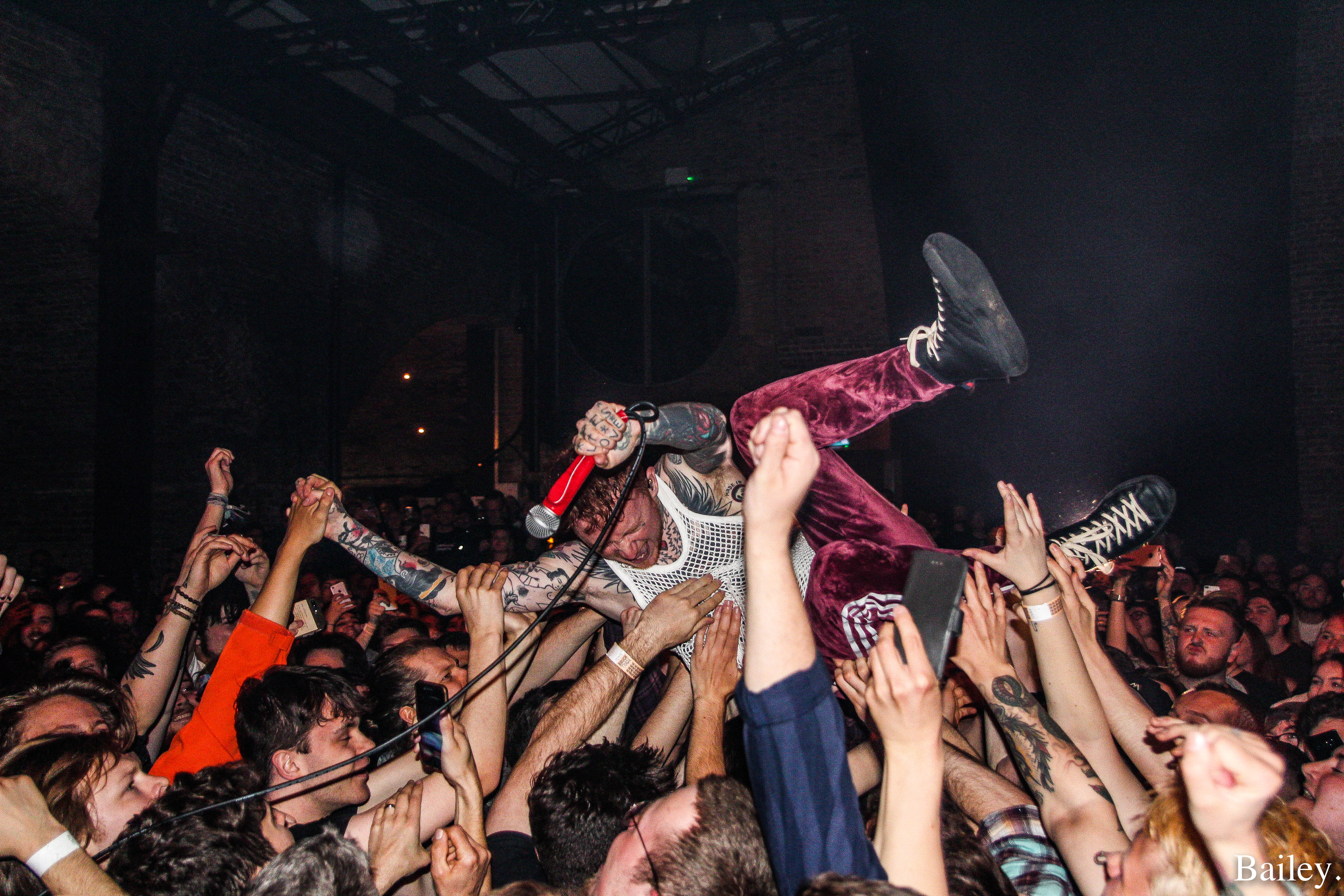 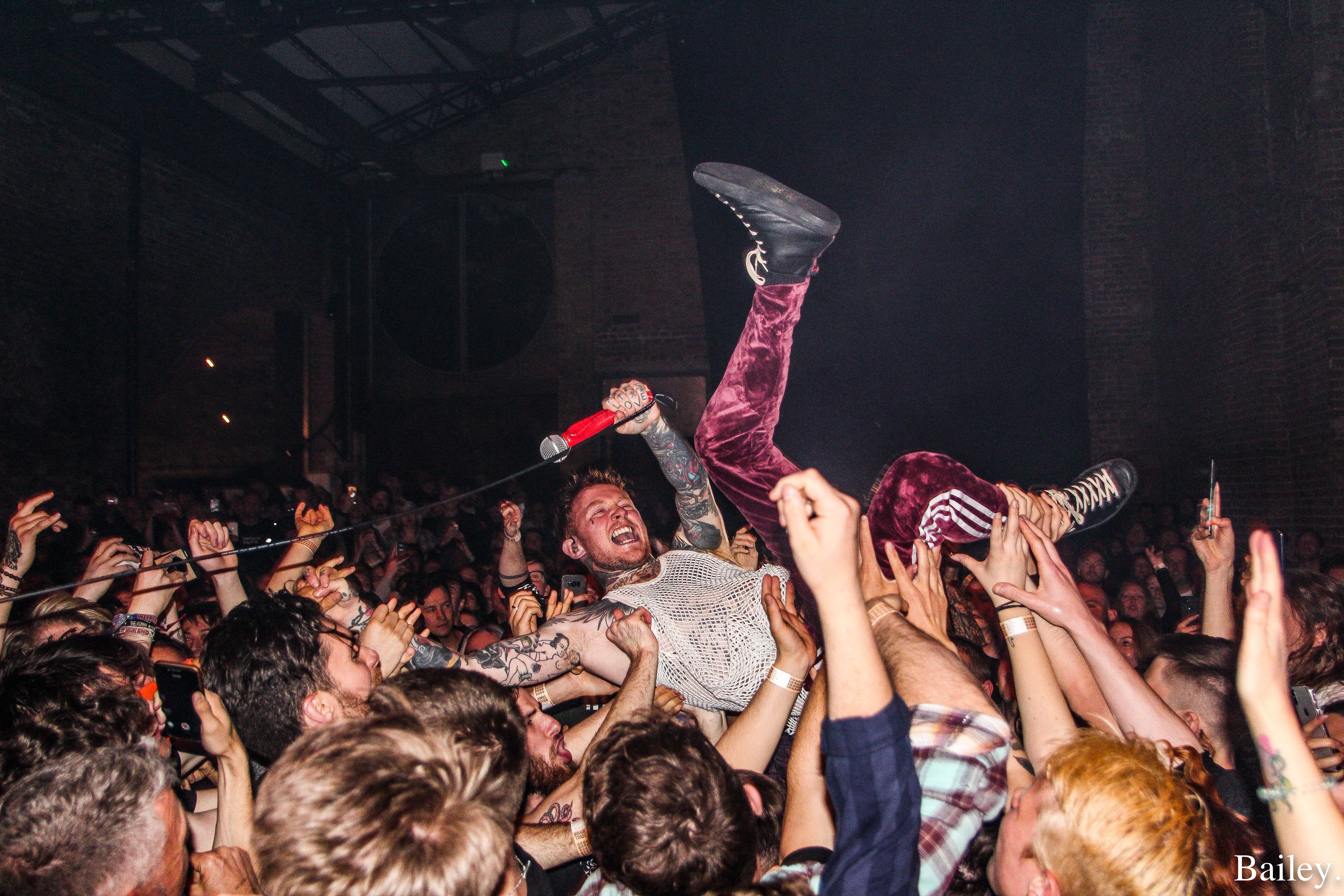 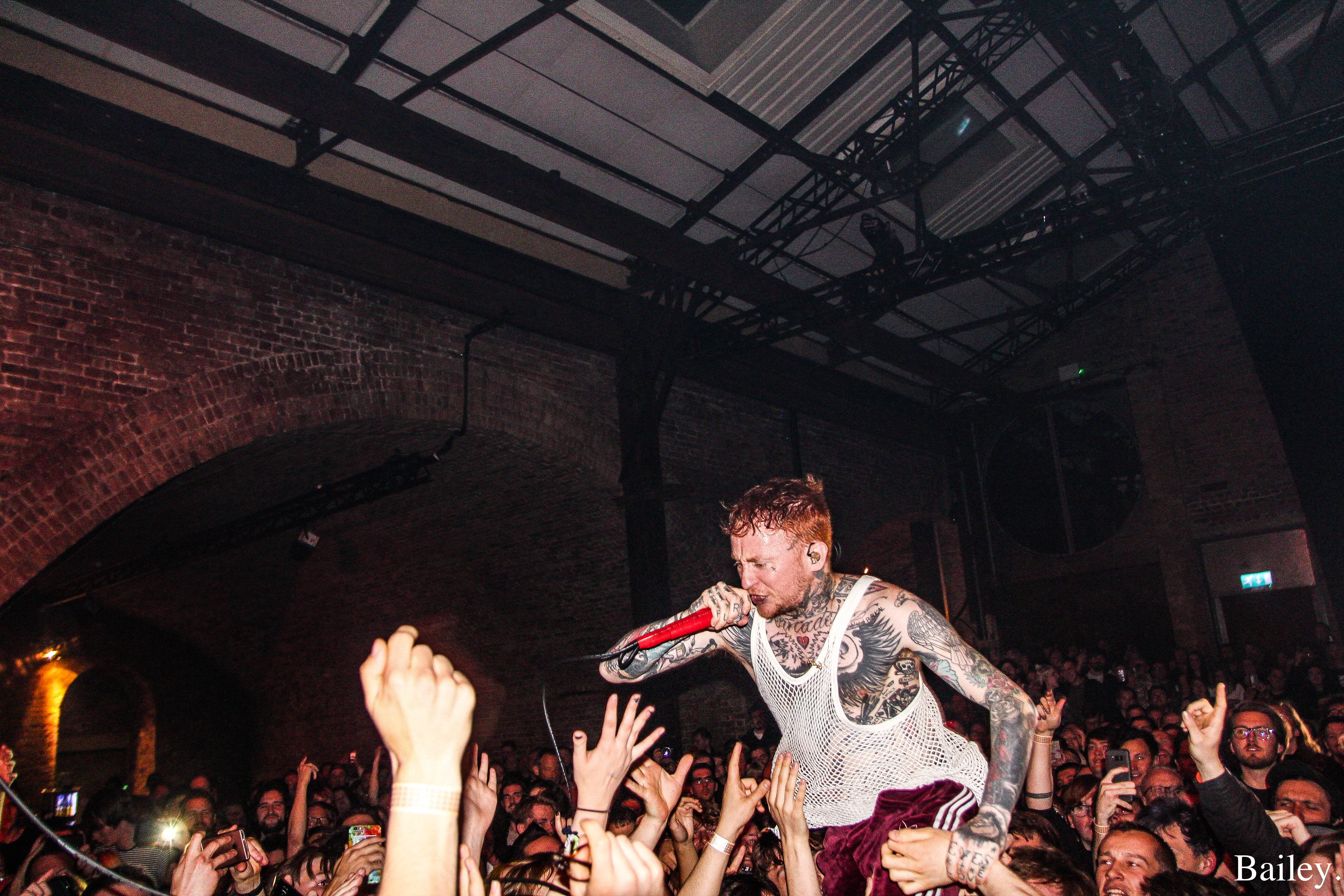 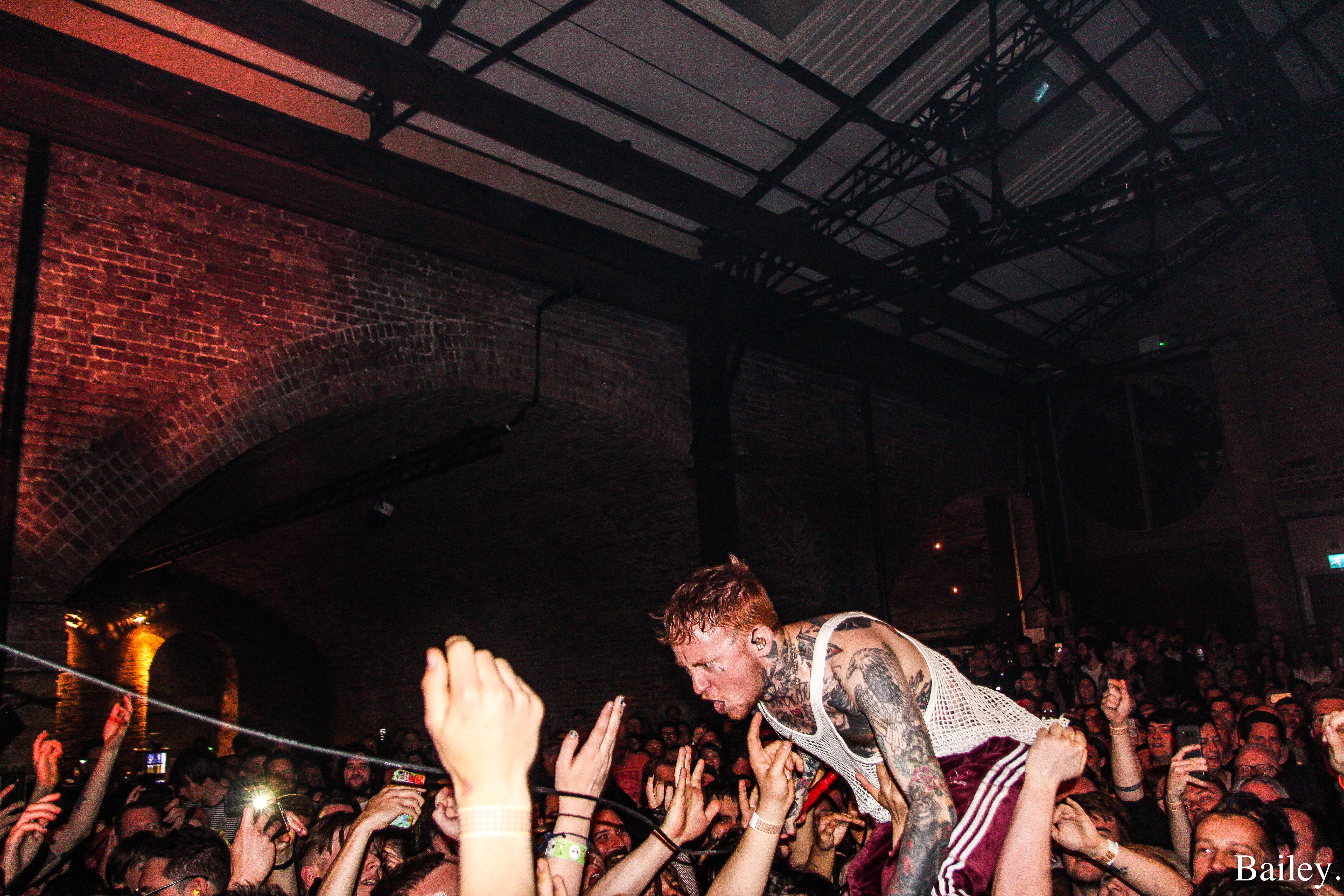 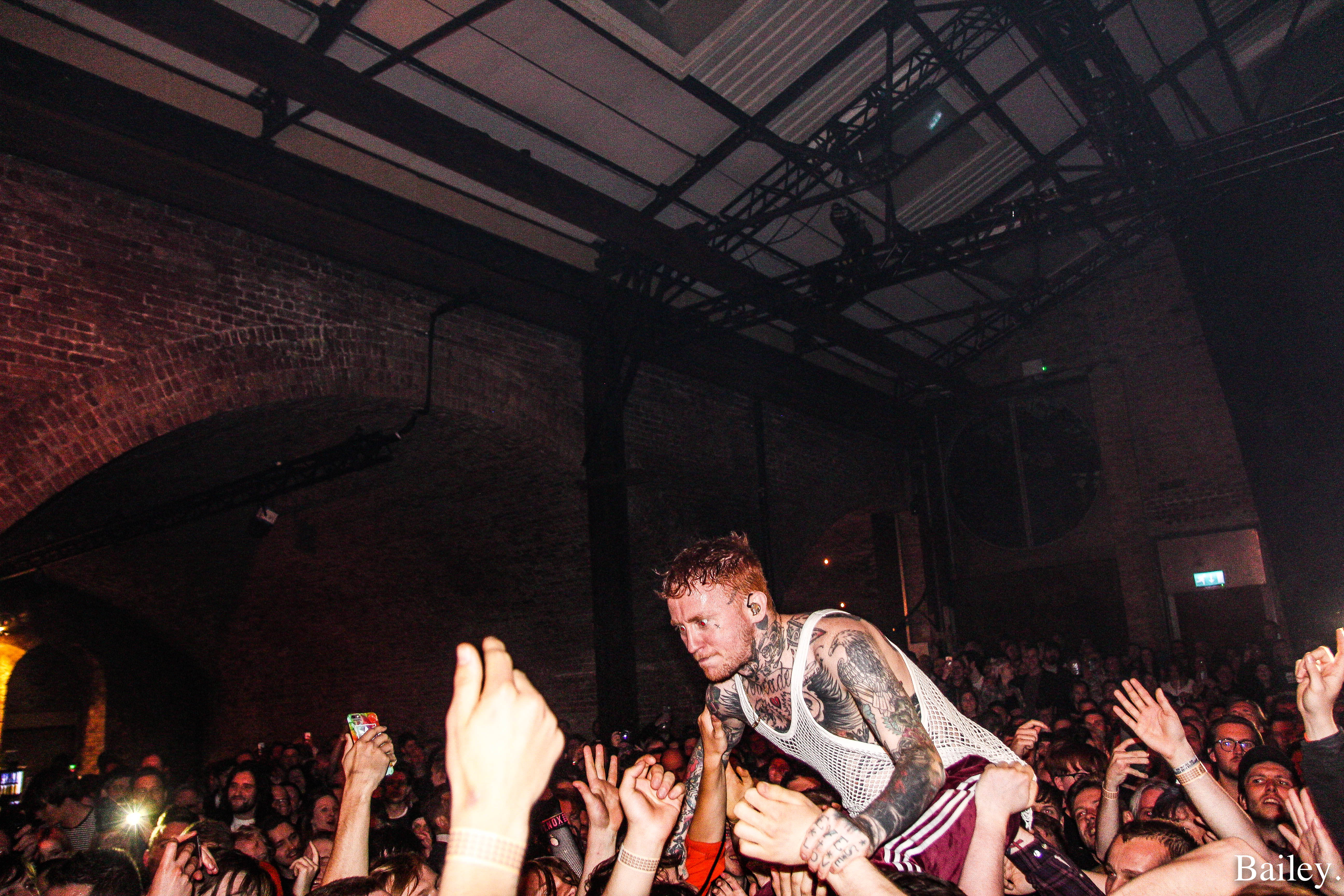 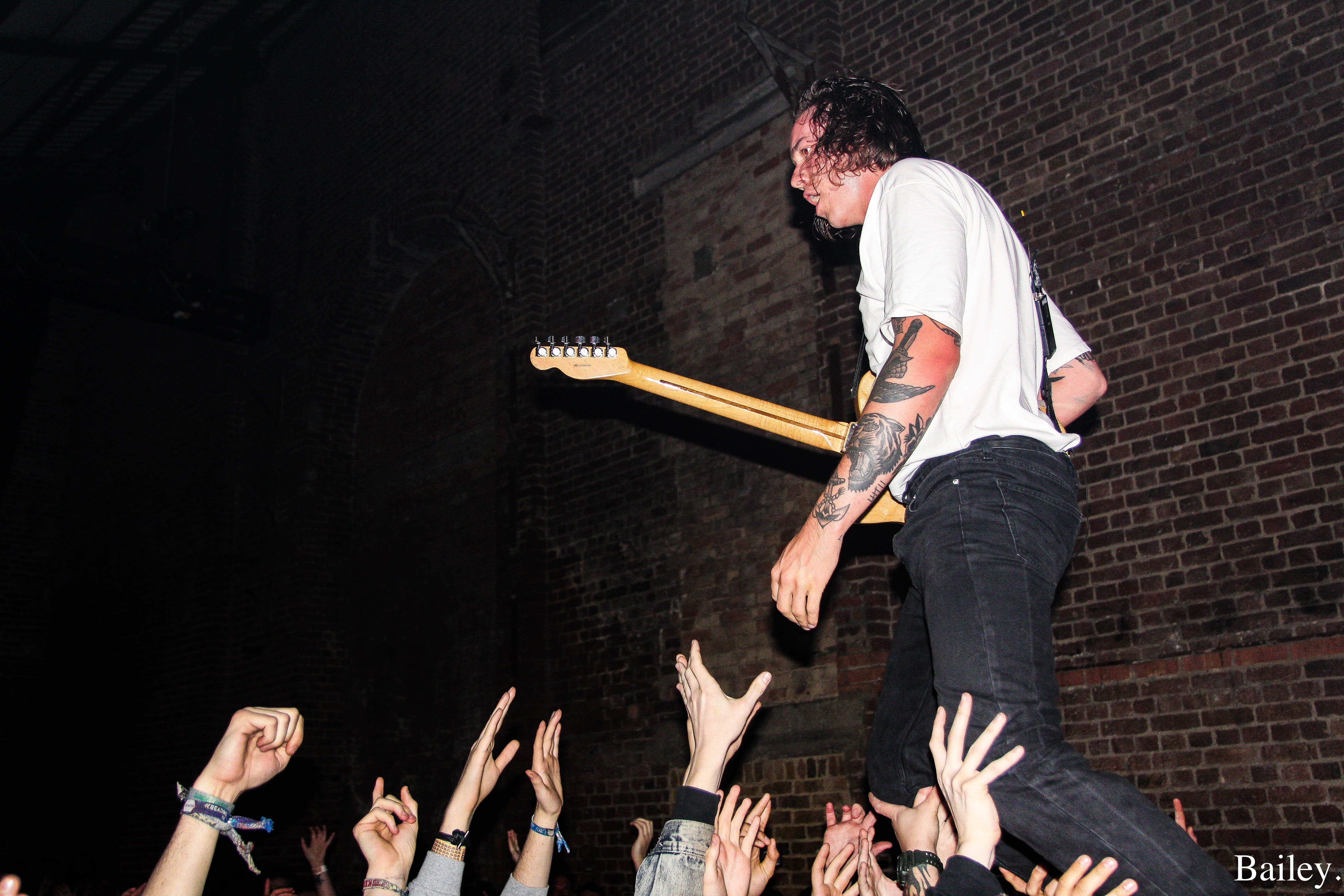 Known for his crazy stage antics, it only took the second song for Frank Carter to be in the audience, standing on the hands of his fans that held him up with no struggle as they bounced along to ‘Tyrant Lizard King’.

Mixing together old favourites and the bands newest songs, midway through the set, Frank took a moment to talk directly to the crowd, telling them what the songs he’s singing are about and encouraging them to go get help if they are ever struggling. These three songs, ‘Anxiety’, ‘Angel Wings’ and ‘Supervillain’, created a poignant moment in the set, and also gave fans a chance to just stop and listen.

The last five songs of the set brought the tempo back up, as mosh pits ensued all around, fans screaming along to ‘Lullaby’ and ‘Crowbar’. Something that is to be noted for Frank Carter & The Rattlesnakes crowds is how genuinely nice and caring they are for each other. If someone gets knocked down they get picked straight back up again, there was no worry about crowd killers or ‘wandering hands’, and it appeared that everybody, including the band, was having a fucking great time.

This Feeling Track of the Day: The Gulps ‘The Kings House’