Arriving on the Saturday, getting to site, pitching my tent and then getting into the live site took slightly longer than I anticipated and as a result I missed Jonny Borrell and Zazou. Fortunately, Jonny was also on the bill with his other band Razorlight who played the main stage. For me, catching Razorlight live was a first and whilst I am not a die-hard fan I do have each of their albums and really enjoyed hearing ‘In The Morning’, ‘Golden Touch’, ‘Before I Fall To Pieces’, ‘Somewhere Else’ and the big crowd pleaser the epic ‘America’. I thought Razorlight sounded terrific with Jonny’s vocal living up to my expectation (does anyone else hear the similarity to Bob Geldof) and also looked pretty cool as he left the festival in his vintage Merc following the Razorlight set. 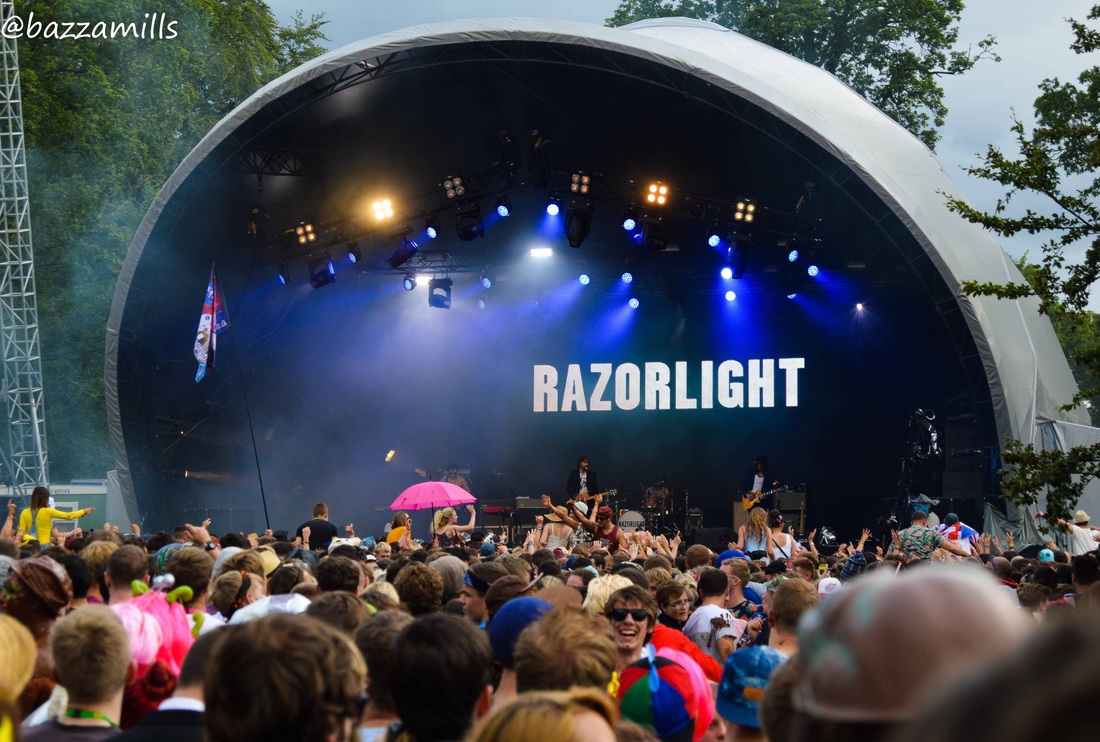 One of the bands I was really keen to see at Kendal Calling was the Happy Mondays. As a teenager in the 80s/90s the Madchester scene was one I embraced at the time and whilst I was always a ‘Roses man’ I also enjoyed the Inspiral Carpets, Mondays, Northside and many of the other acts that emerged at the time. The infamous Bez came out first and introduced the band to rapturous applause as the beats to one of my favourite Mondays tunes ‘Loose Fit’ kicked in. Being a festival set, I was never going to hear all the tunes I would have liked however the set did a great job in pleasing the numerous Mondays fans who were present in the crowd and included many of the favourites including ‘Kinky Afro’, ‘Rave On’, ‘Clap Your Hands’, ‘Bob’s Yer Uncle’, and ’24 Hour Party People’. Backed by Rowetta, lead singer Sean Ryder appeared to be happy with Bez leading the way but sounded the business all the same as he clutched his Powerade. For me, the highlights were ‘Hallelujah’, ‘Step On’ and the fantastic ‘Wrote For Luck’. Evidently there were a number of Happy Mondays fans in the crowd and despite the weather the band did a great job creating a party atmosphere as many within the audience attempted to mimic Bez’s dance moves. 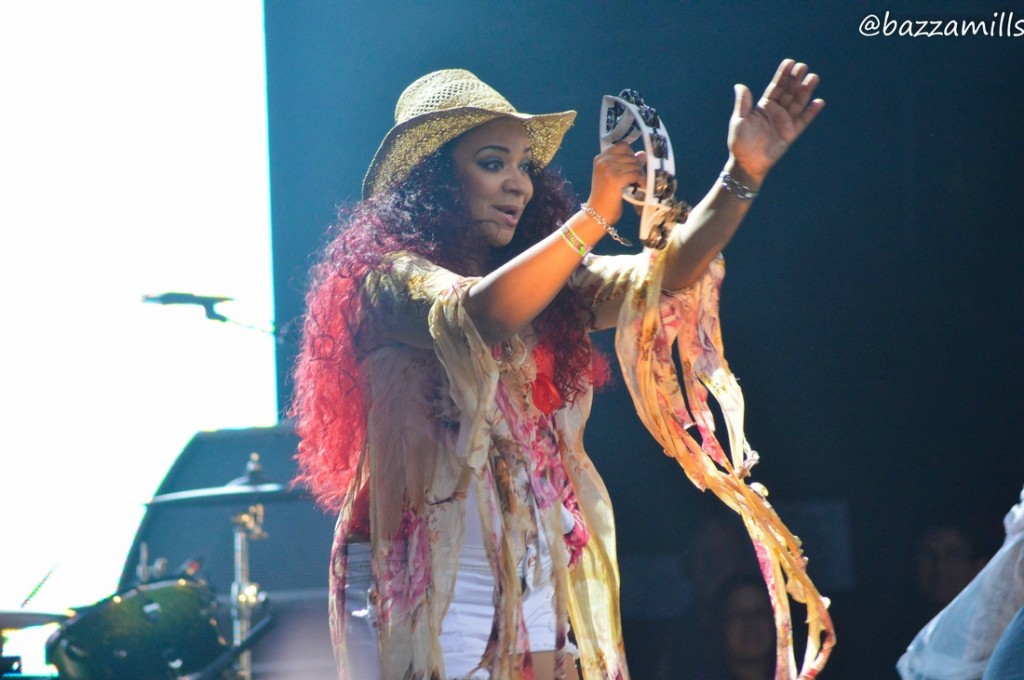 Perhaps the  artist that I was feeling most excited about seeing and hearing live at Kendal Calling came in the form of the much talked about Miles Kane. Miles Kane is an artist I have enjoyed listening to casually over the last couple of years and having heard many people rave about his live performances I was keen to see and hear the man for myself. In the lead-up to Miles taking the stage you could feel the energy in the air and from the moment Miles and his band took to the stage I was literally blown away by the stage persona and charisma of the main man. Dressed in a wicked shirt I would have been proud of in my own collection, Miles commanded his crowd with a natural swagger and presence that I have only witnessed a few times before. Tracks such as ‘Inhaler’ and ‘Counting Down The Days’ sounded much more powerful live and the confidence and delivery by Miles and his band ensured I left raving about the performance and wanting more! Fortunately for me, Miles is supporting the Killers in Glasgow in a couple of weeks and I am already counting down the days (could not resist) to that one. 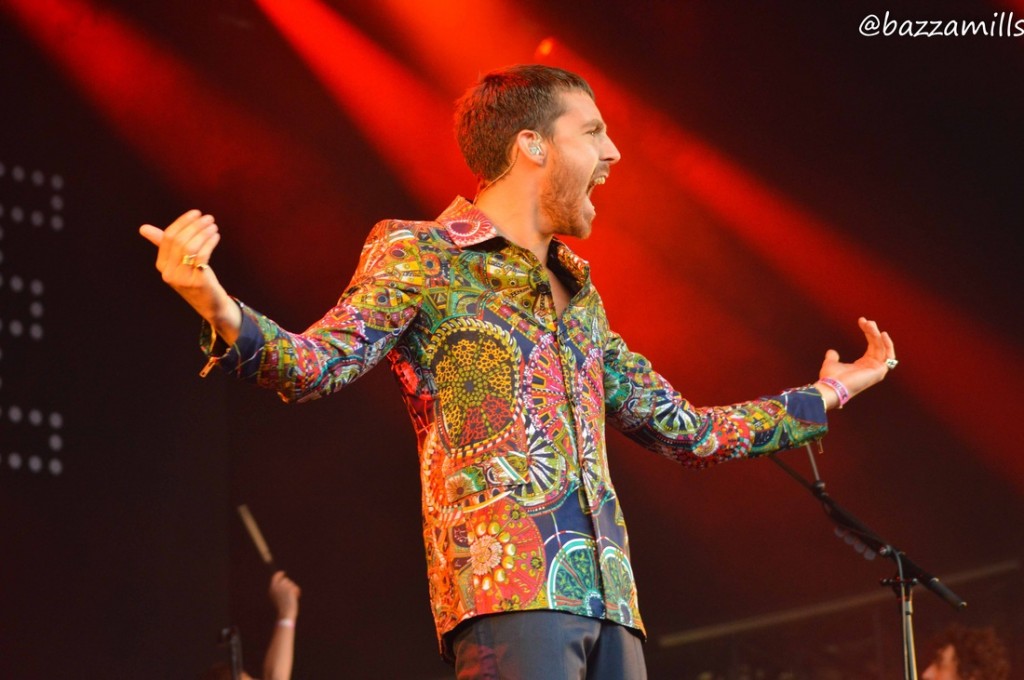 Following the set by Reel Big Fish on the Main stage, I made my way to the Houseparty tent to see the Gramotones. Gramotones are a band I discovered for the first time last year when they supported Steve Cradock on his Travel Wild Travel Free tour. Hearing them that night I was instantly hooked and have been following them since. If truth be told when I heard Gramotones were playing Kendal Calling, I just knew I had to be here! Clearly word of Gramotones is spreading as the tent was rammed as Gramotones belted into their infectious tunes including ‘M62’, ‘Marjorie’, forthcoming single ‘Corporate Whipping Boy’ before raising the roof off the Houseparty tent with show-stoppers ‘Soldier’s Kiss’ and ‘Old Man’. The only downside for me was the set length being restricted due this being a festival appearance however the Gramotones delighted the rammed crowd coming back on for ‘Little River’ despite shouts from at least one member of the crowd for the reflective ‘Daltry Street’. Make no mistake, the Gramotones are headed for big things and it would not surprise me at all if Gramotones were one of the big acts on the main stage at Kendal Calling’s 10th anniversary in 2015! 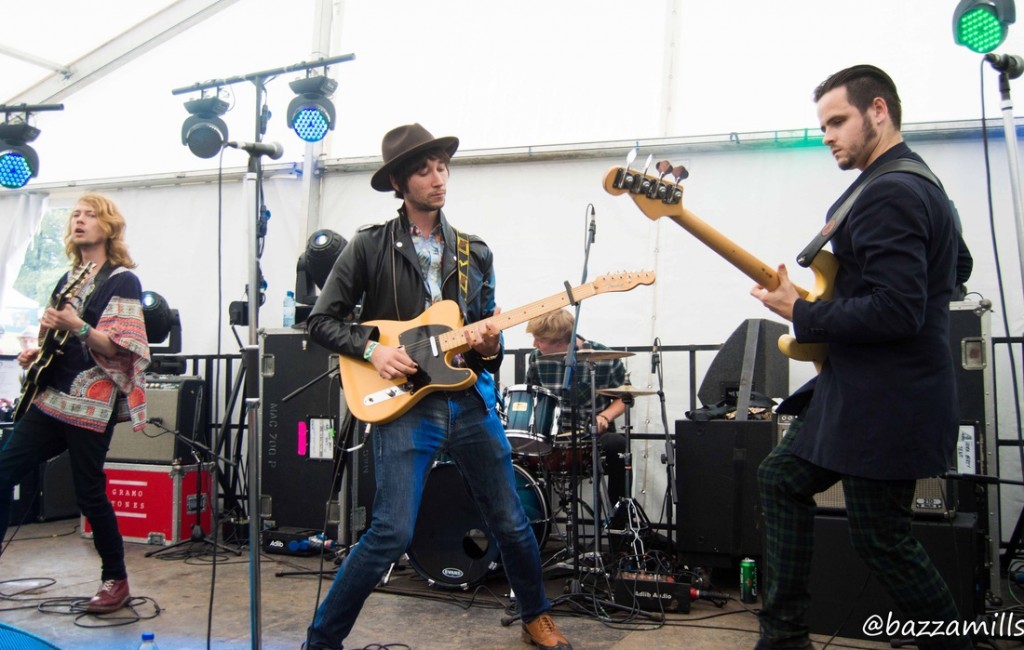 As a huge OCS fan it wouldn’t have mattered to me what Simon and Oscar played as I would have enjoyed anything (well almost). For die-hards it was great to hear ‘Magic Carpet Days’, ‘It’s My Shadow’ and ‘Weekend’ from the last OCS album Painting. Fan favourites were aplenty with ‘Better Day’, ‘The Circle’, ‘Travellers Tune’ and ‘Robin Hood’ all sounding good despite the rain and Simon disclosing that he was not feeling very well and struggling a bit. In particular I loved ‘The Circle’ with Simon throwing in some alternative lyrics towards the end from ‘This Is How it Feels’ by the Inspiral Carpets. Likewise ‘Robin Hood’ included some lyrics from ‘Live Forever’ by Oasis. With so much violence and killing of innocent people and in particular children going on across the world presently the lyrics of ‘Profit In Peace’ really hit home and as the rain battered my cheeks I could not help but reflect on some of those images from Gaza in the previous week. The set closed with ‘The Day We Caught The Train’ as I ran for some cover towards the Calling Out tent. 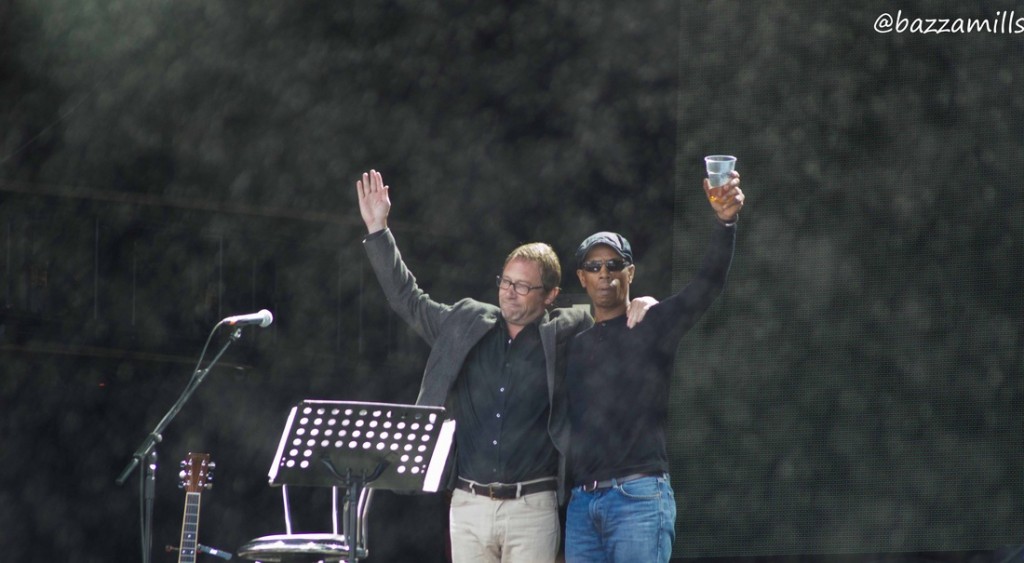 Colourful Californian outfit Reel Big Fish led by Aaron Barrett lit up the Main stage on this dull and rainy Sunday afternoon. Having heard of Reel Big Fish but not having heard their material before I was instantly entertained with the high energy ska-punk sound and opening tracks ‘Sell-out’ and ‘Beer’. Charismatic and non-stop from the opening chord Reel Big fish also impressed with their take on Van Morrison’s ‘Brown Eyed Girl’. Charismatic and highly entertaining, Reel Big Fish are a band I will be checking out again in the future and having heard them live can see how they have built up their large fan base and strong reputation as a live  outfit. 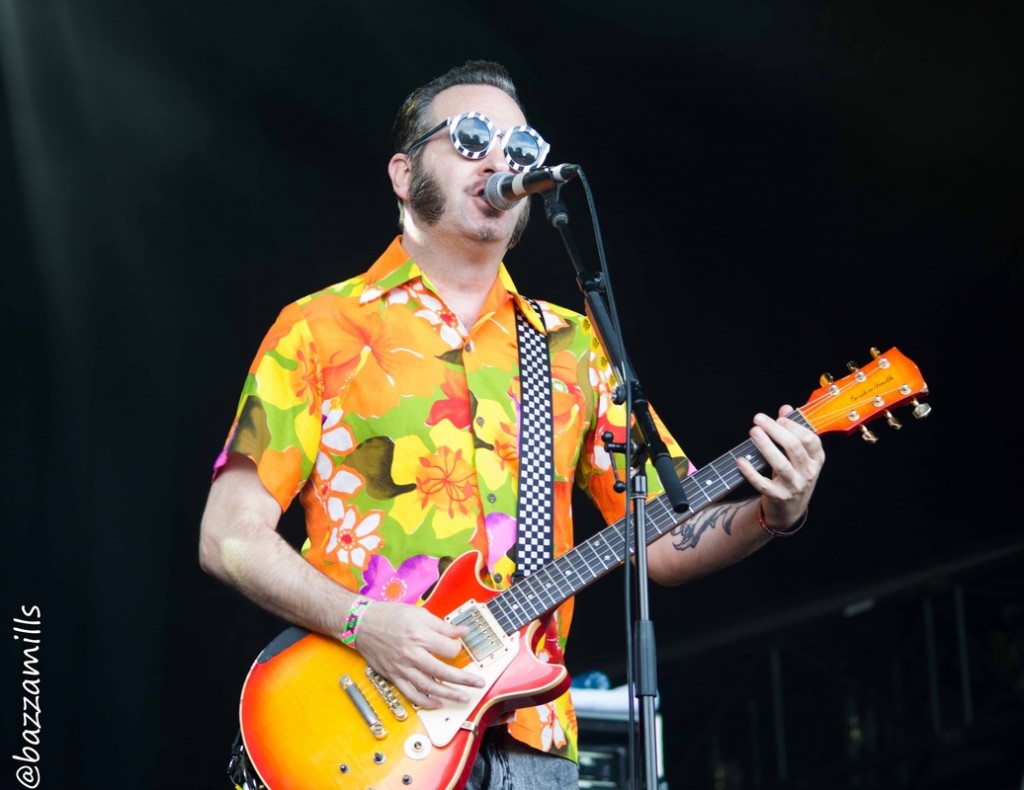 DOWN ON THE STREET: Liverpool