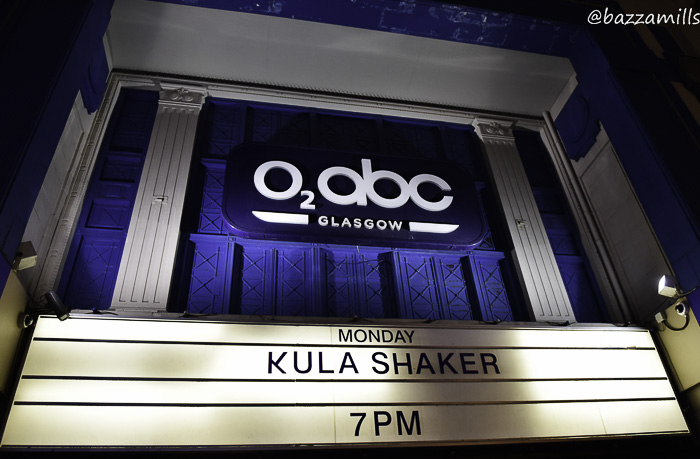 Back in 1996, Kula Shaker spiced up Britpop when their debut album, K, raced all the way to the top of the album charts. Indian infused hits ‘Tattva’ and ‘Govinda’ – featuring lyrics in Sanskrit – as well as the rockier smash ‘Hey Dude’ propelled the band into the public eye and a number of hits followed before the band disbanded in 1999. Skip a decade or so, and a few comebacks along the way, and here we are in 2016 at Glasgow’s ABC, on the opening night of a European tour coinciding with the release of fourth studio album, K 2.0.

Such was the demand for tickets tonight the original venue Oran Mor sold out in no time and the gig was moved to the larger ABC. With a swelling crowd including fans that have travelled from Spain and Italy, it is evident that despite the band being in hiatus for a number of years the Kula Shaker fan base remains a loyal one. 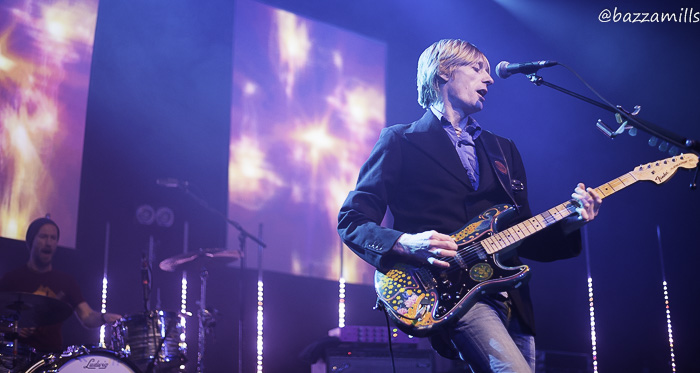 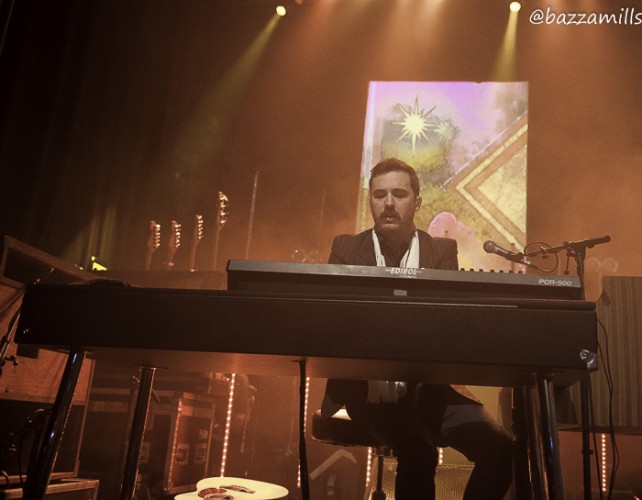 Smoking incense sticks protruding from apples dotted across the front of the stage signals show time as front-man Crispian Mills and his band take the stage to roaring applause. Opening track ‘Sound Of The Drums’ sets the bar high and ignites the crowd who reconnect with the intriguing band and their mystical sound from the opening minute. The stage lighting is impressive and three screens above the stage, projecting animations and images of Hindu deities enhance the already charged atmosphere. Early in the set, Crispian announces he is nursing a fractured rib and suffering a little as a result although there is little evidence of this as he prowls the stage, slinging his guitar like an Indian tiger would a piece of meat. 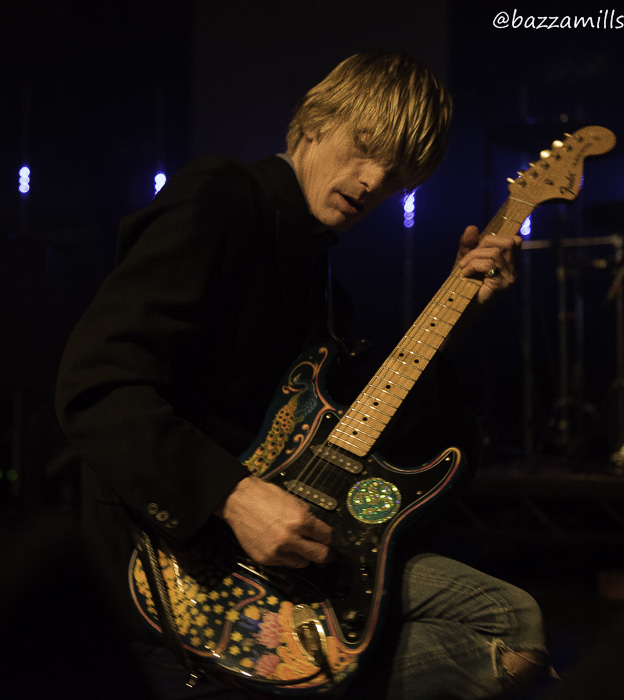 With a new album to promote, there is always a danger of the band not delivering the big hits from the past their fans desire however tonight is not one of those nights. ‘Grateful When You’re Dead’, ‘Jerry Was There’ and the funky rock number ‘303’ from debut album K delight fans. Crispian describes ‘303’ as a love song to a road and, with the organ alongside his guitar and telling vocal, radiates a powerful energy the crowd thrives on. Lead single from K 2.0, ‘Infinite Sun’, goes well with the crowd singing back “we are one in the infinite sun, fly like an eagle” in a chant like response to Crispian’s vocal. 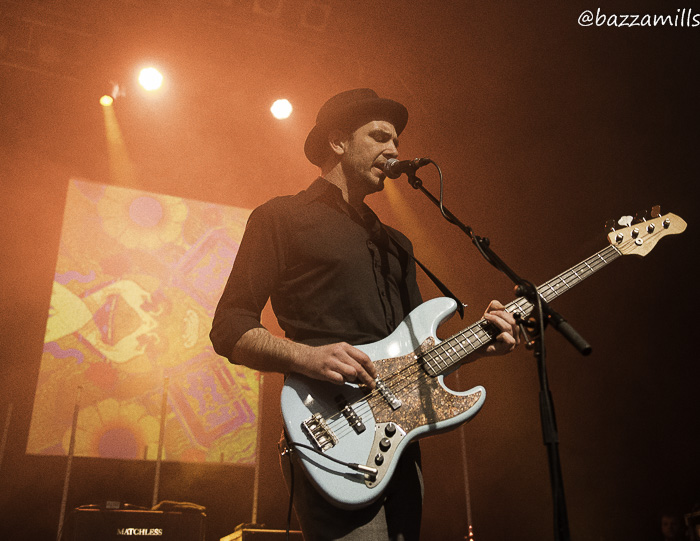 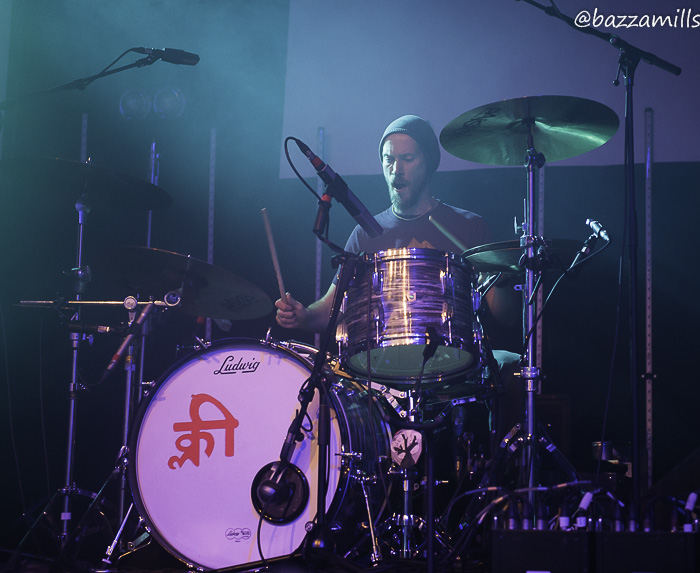 ‘Mystical Machine Gun’ is a captivating highpoint, with Crispian appearing to feel the moment (and forget his fractured rib) as he holds his guitar aloft. Deep Purple cover ‘Hush’ and the hypnotic ‘Tattva’ close out the set in pulsating fashion with the crowd demanding more. Returning to the stage, Crispian declares the band are going to play a song they wrote as kids as the band belt out their smash ‘Hey Dude’. The magical night is brought to a close with Crispian leading the Glasgow crowd in a Sanskirt chant of “Govinda Jaya Jaya, Gopala Jaya Jaya, Radha Ramana Hari” before the enigmatic  front-man throws his guitar into the air. Beautiful!